The Author of Hollywood's Eve on The Maris Review

This week on The Maris Review, Lili Anolik joins Maris Kreizman to discuss her latest book, Hollywood’s Eve: Eve Babitz and the Secret History of L.A., now available in paperback from Scribner.

On what drew her to Eve Babitz:

Lili: I just loved the voice. It was slangy and American, yet also erudite and elegant. It just really swung. I loved how she wrote about Los Angeles, which is this complicated city because it’s physically beautiful and easygoing pleasures—pretty girls, palm trees, sun, movies—but it also has this kind of dark and haunted quality. People go there with big dreams, but those dreams often don’t come through. There is this dark quality to Los Angeles, and I thought she captured all of that.

Maris: And in her life, she was kind of a Zelig, in terms of being around what was important in the arts and music and film.

Lili: She was on every scene. She is also oddly the opposite of a Zelig because her personality and sensibility and oddness was very strong. She never really blended in, but she always had a nose and sensed what was hot and was there.

*
On how Eve explored her era:

Lili: Finally, when I became close to Eve and talking all the time, you had to get used to her language, because she would always refer to herself as a groupie. Whenever she referred to herself and the first word of self-description, it would always be a groupie. But there was a tongue-in-cheek, inside and outside quality to that. She was a groupie in the sense that she had sex with a lot of famous dudes, and some girls. She got Annie Leibovitz in there.

I always thought this was her way of exploring her time. It was pushing herself to extremes. Because she was her own source, and her own material—she was always writing about herself—she would push her behavior and explore degradation and all this stuff. But when you would press on this and talk to other people, she was at every party but all the guys that took her said they hated taking Eve to parties because she was the first to arrive and the first to leave. She would get there before it got started and leave before it got good. She wrote in the mornings. For all the drugs and all the guys, there was this disciplined, tough-minded quality to her.

On the dishonesty of biography:

Lili: It was always our dynamic, like a lovelorn suitor and she was my difficult mistress because I’m always buying her stuff.

Maris: Right, in the book you send her chocolate-covered strawberries.

Maris: And that seems like something you would send a lover.

Lili: For sure. She’d have me send her clothes. There was this period that I was sending her these leopard print Vans she wanted, and there was a period where she wanted these moccasins from a very particular Native American reservation that were very expensive. She wants these Joseph Needham books that were published in the 1900s. They are so expensive and seven volumes. I’m like, Eve, they’re all like two hundred bucks.

Maris: In the book, you mention in real parenthetical ways that Eve had a chance in politics in the early 2000s.

Lili: It was always tricky writing about this. It wasn’t the first draft—it was well along—but it was the bound manuscript, and I was showing it around to people whose tastes I trusted. I am friends with Blake Bailey, who is a big deal biographer and doing the official Philip Roth one right now, and he just reamed me. He said that in the present day, you go way too soft and smear on the Vaseline. It’s a dishonest job. I had this sick feeling in my stomach because I knew that he was right. I spent the next three or four months rewriting these sections, and I knew it was going to be very upsetting to Eve’s sister.

To me, part of Eve’s greatness is that she was always an original and an artist, and always odd, tough-minded, singular, and strange, and went her own way. What’s going on with her politics now is part in parcel of that, and same she was this symbol of beauty and sexuality, ease and pleasure, and that’s not the case now. It’s a very stark contrast.

What I’m saying is that it was all connected to me. I remember Caitlin Flanagan and I were having a conversation, and she said whether it was upsetting or disappointing to me when Eve was this way and her politics were that way. I said no, because if Eve had been this middle-class, settled into a bourgeois life, and had stopped raging, I think that would have been harder to take.

Lili Anolik is a contributing editor at Vanity Fair. Her work has also appeared in Harper’s, Esquire, and The Believer. She is the author of Hollywood’s Eve: Eve Babitz and the Secret History of LA, and lives in New York City with her husband and two small sons.

I Used To Be Charming by Eve Babitz

Ode to the Seine, River of Romance 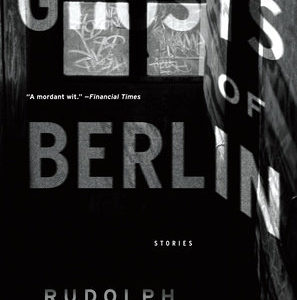 The big decisions in life are binary—one or zero, plus or minus, kids or no kids, surgery or no surgery, to help or not to help....
© LitHub
Back to top