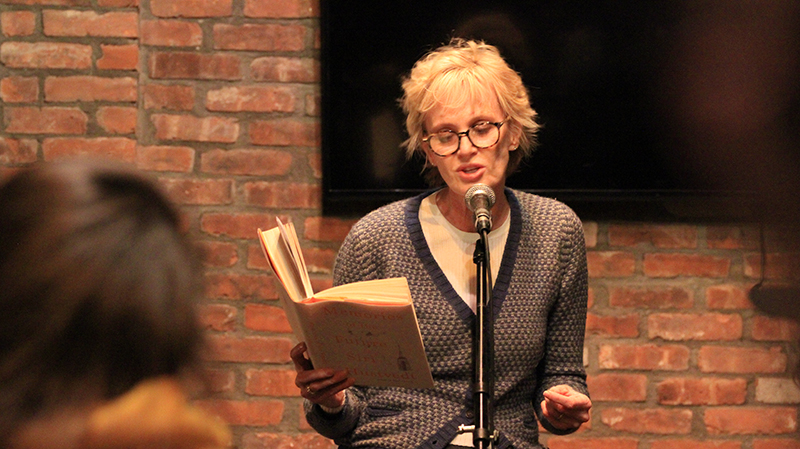 This week, the podcast features the reading and panel discussion from the LIC Reading Series event on December 10, 2019, with Siri Hustvedt, Helen Phillips, and Jason Tougaw. Check out the panel discussion on Thursday!

Siri Hustvedt is the author of a book of poetry, Reading to You; seven novels, The Blindfold, The Enchantment of Lily Dahl, What I Loved, The Sorrows of an American, The Summer Without Men, The Blazing World, and Memories of the Future, as well as four essay collections, A Plea for Eros; Mysteries of the Rectangle: Essays on Painting; Living, Thinking, Looking; A Woman Looking at Men Looking at Women and a work of nonfiction: The Shaking Woman or A History of My Nerves. Hustvedt has a PhD from Columbia University in English Literature and is a lecturer in psychiatry at Weill Cornell Medical College in New York City. Her scholarly interests are interdisciplinary. She has given numerous lectures at scientific and academic conferences on philosophy, neuroscience, neurology, psychiatry, and literature, and published papers in scientific and scholarly journals. She is the recipient of numerous awards including the International Gabarron Prize for Thought and Humanities (2012). The Blazing World was long-listed for the Man Booker Prize and won The Los Angeles Book Prize for Fiction 2014). In 2019, she was awarded the European Essay Prize from the Charles Veillon Foundation for The Delusions of Certainty, an essay on the mind/body problem, an American Academy of Arts and Letters Award for Literature, and the Princess of Asturias Award in Spain for the body of her work. Her books have been translated into over thirty languages. Hustvedt lives in Brooklyn, New York.

Helen Phillips is the author of five books, including, most recently, the novel The Need, a 2019 National Book Award nominee. Her collection Some Possible Solutions received the 2017 John Gardner Fiction Book Award. Her novel The Beautiful Bureaucrat, a New York Times Notable Book of 2015, was a finalist for the New York Public Library’s Young Lions Award and the Los Angeles Times Book Prize. She is the recipient of a Rona Jaffe Foundation Writers’ Award and the Italo Calvino Prize. Her work has appeared in The Atlantic and the New York Times, and on Selected Shorts. She is an associate professor at Brooklyn College and lives in Brooklyn with her husband, artist Adam Douglas Thompson, and their children.

Jason Tougaw is the author of The One You Get: Portrait of a Family Organism, winner of the Dzanc Nonfiction Prize. He is currently completing a novel, Summer Isn’t, as part of his mission to write about the brain and identity in every genre he can. He is also the author of The Elusive Brain: Literary Experiments in the Age of Neuroscience, and Strange Cases: The Medical Case History and the British Novel. His work as appeared in Literary Hub, Electric Literature, OUT magazine, and Largehearted Boy. He blogs about art and science at www.californica.net.

An Evening With Richard Blanco

Swimming in the Dark 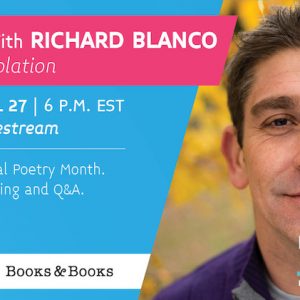 An Evening With Richard Blanco

Miami's own presidential inaugural poet, Richard Blanco, is here for a reading and Q & A. Join in on an evening of reflection...
© LitHub
Back to top