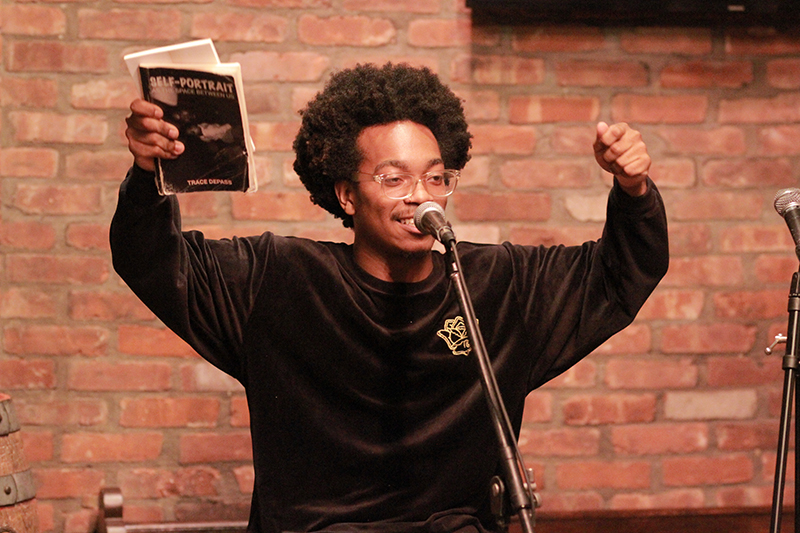 This week, the podcast features the reading and panel discussion from the LIC Reading Series event on September 11, 2018, featuring Nancy Agabian (Me As Her Again), Trace DePass (Self-Portrait As the Space Between Us), Meera Nair (Video: Stories), and Alex Segura (Silent City). Check back Thursday for the discussion!

Nancy Agabian is the author of Princess Freak (Beyond Baroque Books, 2000), a mixed genre collection of poems, short prose, and performance texts on young women’s sexuality and rage, and Me as her again: True Stories of an Armenian Daughter (Aunt Lute Books, 2008) a memoir about the influence of her Armenian family’s history on her coming-of-age. Me as her again was honored as a Lambda Literary Award finalist for LGBT Nonfiction and shortlisted for a William Saroyan International Prize.

Trace Howard DePass, a 2018 Poets House Fellow, is the author of Self-Portrait As the Space Between Us (PANK Books, 2018) and editor of Scholastic’s Best Teen Writing of 2017. He served as the 2016 Teen Poet Laureate for the Borough of Queens. His work has been featured on BET Next Level, Billboard, Blavity, NPR’s The Takeaway, and also resides in literary homes: Anomalous Press (fka Drunken Boat), Entropy Magazine, Split This Rock!, The Other Side of Violet, Best Teen Writing of 2015, & the East Coast Voices Anthology.

Meera Nair is the author of Video (Pantheon) and the children’s books Maya Saves the Day and Maya in a Mess (Duckbill: India). Video won the 7th Annual Asian-American Literary Award and was a Washington Post Best Book of the Year. It was chosen as a Notable Book by the Kiriyama Pacific-Rim Prize, and was the Editor’s Choice at the San Francisco Chronicle. Nair’s work has been featured on National Public Radio’s Selected Shorts, the Washington Post, the New York Times, the Hindu and Huffington Post and in Threepenny Review, Calyx, India Abroad, Departures magazine and in the anthologies Charlie Chan is Dead-2, Money Changes Everything, and Delhi Noir.

Alex Segura is the author of the Pete Fernandez mystery series set in Miami, short stories that have appeared in numerous anthologies, and a number of best-selling and critically acclaimed comic books. He also co-writes the LETHAL LIT podcast.

Here are some of the most expensive books sold in 2019. 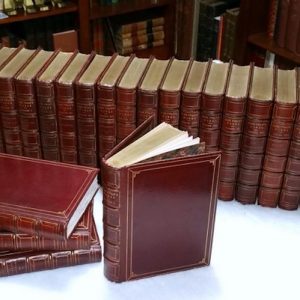 Here are some of the most expensive books sold in 2019.

AbeBooks has published a list of the most expensive books they sold this year, with The Complete Works of Abraham Lincoln,...
© LitHub
Back to top