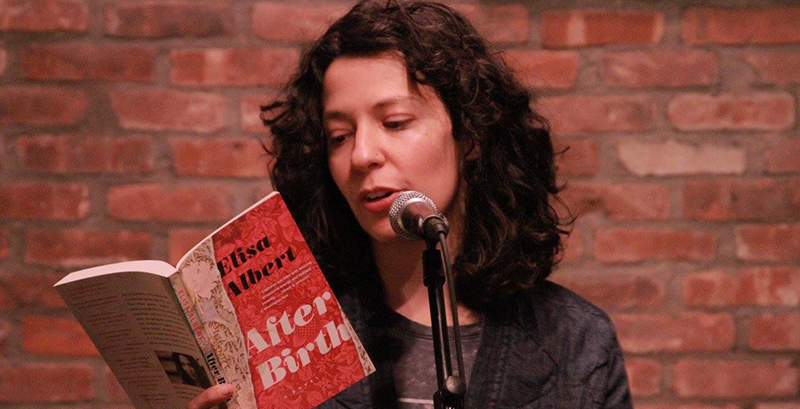 This week, the podcast features the reading and panel discussion from the LIC Reading Series event on November 15, 2016, with Elisa Albert (After Birth), Tanais (Bright Lines), and Robin Wasserman (Girls on Fire). Check back Thursday for the discussion!

Elisa Albert is the author of After Birth (2015), The Book of Dahlia (2008), How This Night is Different (2006), and the editor of the anthology Freud’s Blind Spot (2010). Her fiction and nonfiction have appeared in Tin House, The New York Times, Post Road, The Guardian, Gulf Coast, Commentary, Salon, Tablet, Los Angeles Review of Books, The Believer, The Rumpus, Time magazine, on NPR, and in many anthologies. Albert grew up in Los Angeles and received an MFA from Columbia University, where she was a Lini Mazumdar Fellow. A recipient of the Moment magazine emerging writer award and a finalist for the Sami Rohr Prize, she has received fellowships from The Virginia Center for Creative Arts, Djerassi, Vermont Studio Center, The Netherlands Institute for Advanced Studies in Holland, the HWK in Germany, and the Amsterdam Writer’s Residency. She has taught at Columbia’s School of the Arts, The College of Saint Rose, and is currently Visiting Writer at Bennington College. She lives in upstate New York with her family.

Tanaïs (née Tanwi Nandini Islam) is the New York based author of the critically-acclaimed novel Bright Lines (Penguin 2015), which was a finalist for the Center for Fiction First Novel Prize, Edmund White Debut Fiction Award, the Brooklyn Eagles Literary Prize, and was the inaugural selection of the First Lady of NYC’s Gracie Book Club, as well as Bustle’s American Woman Book Club. Their work is multi-disciplinary, dynamic, intersectional and feminist. Over the course of their career, they’ve worked as a community organizer, a domestic violence court advocate, a probations intake officer, and youth arts educator. While researching their debut novel, Bright Lines, Tanaïs studied perfumery, amassing a library of 500 fragrant raw materials, which led to the creation of Hi Wildflower, independent beauty & fragrance house. Currently, Tanaïs is working on In Sensorium, an essay collection exploring scent, sensuality, South Asian and Muslim perfume cultures, colonization and its aftermath: the environmental and border crises around the world, as well as a second novel, Stellar Smoke. Their podcast and perfume anthology project, MALA, features interviews with survivors of violence, who reimagine their memories as scents. Season 1, featured five formerly incarcerated women in the NYS Penal System.

Robin Wasserman is a graduate of Harvard University and the author of several successful novels for young adults. A recent recipient of a MacDowell fellowship, she lives in Brooklyn, New York. Girls on Fire is her first novel for adults. 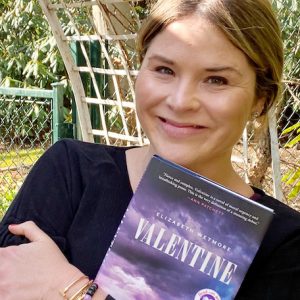