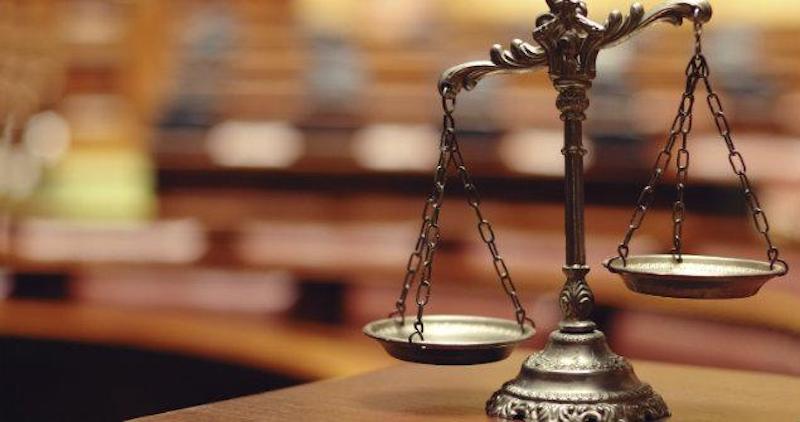 Librarians in the 21st Century: Why Law Libraries Are More Important Than Ever

In a Nation of Laws, the Right of Access is Fundamental

One of the eternal debates of librarianship in the 21st century is what it means to serve: who serves, and who is served, and who benefits from the serving? Many librarians feel called to the profession, but the gap between the theory of service and its daily practice can be frustrating and disheartening. Public law librarians, like Dolly, feel this tension keenly. Most Americans do not have ready access to public law libraries, so it’s tempting to imagine that those citizens who do have a better chance at understanding and interacting with the legal system. As calls for criminal justice reform reverberate around the country, the idea of her library serves as an example of how legal access could be made more equitable. In practice, things are more complicated.

Aside from a fondness for Ignatius of Loyola and an impressively inaccurate reenactment of the conversion of Paul that I can deploy on demand, the only thing I’ve kept from my Catholic school education is a belief in the value of service. Every student had a service requirement—a few hours every year that my classmates and I usually spent at a soup kitchen or a shelter. I loved the idea of service, even though I preferred to spend most of my free time on AOL in those halcyon early internet days. Giving time and labor to a higher purpose, to something other than yourself. It made me a sitting duck for librarianship, truth be told. Though popular media would have you believe librarians are solitary creatures, like bears, the truth is many librarians are providing customer service and doing the heavy lifting of emotional labor.

People come into my law library, by and large, because they are in crisis. Their need is vast and endless. Public libraries like to tell the happy stories—kids at storytime, job applicants. At the law library, we are open to the public, but the stories are rarely happy. People enter with the fear that they don’t belong. They’re scared, lost, confused, hopeless. Our users struggle to understand and articulate their problems, and they’re up against a system they know almost nothing about. Heightened emotions are the norm.

The public law library is a curiosity even among librarians, who look at me with that confused expression that’s a prelude to someone trying to get out of a conversation as quickly as possible, as I try to explain where I work, what we do, who we help. We are classed, per the American Association of Law Libraries, with the Government Law Libraries interest section, though our peers in that group include court libraries and others that do not serve the public. In California, where, by statute, all 58 counties are meant to have a law library, not every county has a functioning law library; some have a Westlaw or Lexis terminal in their courthouse, which is a little like providing a first aid kit and an anatomy textbook in place of an ER. The funding mechanism for the CA county law libraries is a portion (for me, $32!) taken from each civil filing fee filed in their county, so our fortunes are dependent on the size and workload of our county’s Superior Court. What this looks like in practice is this: Los Angeles has the second largest public law library in the United States, and Lake County Law Library has had to cut hours and materials due to their continually declining revenue. Revenue at my law library has declined 38 percent since 2008. We rank somewhere behind the larger counties and quite a bit above the smaller counties. When I took over as director in 2014, it was with the grim awareness that much of my work would be in cutting, cutting, cutting, to save money. Legal materials are exceptionally expensive: the other day a publisher sent me a new edition of a book with a bill for $600. I sent it back; the 2012 edition will work fine for now.

At the front desk, where I spend two hours almost every morning, my work is different each day. I go from working with an attorney to find a practice guide that contains details on tolling the statute of limitations; to assisting a person preparing to file a trial de novo for a traffic ticket; to giving referrals to the many other agencies located near us such as Child Support, Environmental Health, the County Recorder, the Tax Assessor; to walking a user through the steps to print out emails for their case. (Confidential to Yahoo!: your interface makes this too difficult.) Reference questions like these are our bread and butter, if you can pick through the usually florid description of the problem to pull out the question. In library school, you learn how to use a reference interview to find out more information and deliver better results to the patron, but they don’t always cover the patron who has a drawn out story about their partner leaving, and taking the dog with them, and the police won’t do anything to return the dog, and they mentioned small claims court, and the partner now has no fixed address, and, and, and, and…

Most people have little to no legal education, outside Law & Order. I try to explain to the mother with her head in her hands reading through the custody documents provided by the family court, and to the man trying to figure out how to respond to a 30-day notice to pay or be evicted, and to the elderly woman not sure how to remove her deceased husband’s name from their title, that what is making this hard for them is not a lack of ability or intelligence. It’s not their fault. Lawyers go to school to learn how to think a certain way, I tell them. Even lawyers specialize, and many of them don’t feel comfortable working outside their practice area—there’s too much to know. As a law librarian without a law degree, I am a frustrating presence, even to myself. Unable to answer questions directly, unable to fill in paperwork, unable to do much more but point a way down a path that many of my patrons don’t have the time to pursue. The unauthorized practice of law in California is punishable by “up to one year in a county jail or by a fine of up to one thousand dollars ($1,000), or by both that fine and imprisonment.” (That’s Business & Professions code 6126.)

Still, my staff and I try to help. Patrons return to tell me, that book you gave me showed me exactly what I need to do. That web page you printed out helped me understand.

In February 2016, the stars aligned over our library and we were able to start a legal clinic with the Ventura County Bar Association. Twice a month, patrons can come in and get legal advice and help from practicing attorneys. On clinic nights, the normally sedate, dignified law library turns into a noisy center for legal aid, and it is glorious. We’ve helped over 300 people to date, with everything from basic tenancy issues to divorce problems, from estate planning to the patron who needed advice on a Social Security appeal. The lawyers listen seriously, offer suggestions, and afterwards seem giddy enough to high five over how excited they are to help people in a meaningful way. The patrons, leaving, often stop by the front desk and say, “Thank you for being here.” Many come back and use the guidance they were given and the resources we have available to continue to work on their problem.

In California, both the courts and the law libraries are struggling to figure out how to fund the resources that people need. Sometimes I feel like I will never have a balanced budget. So many people encounter the legal system at some point in their lives, and they are too often left on their own to figure out what to do due to a lack of money. I will probably not be the person to solve the so-called “justice gap,” but as it turns out, that Catholic school service requirement prepared me to do the work I am capable of—connecting the people who come through our doors with the resources they need, one person at a time.

D.M. Moehrle is a law librarian in California. Her writing has appeared in The Toast and The Rumpus, She tweets @loather. 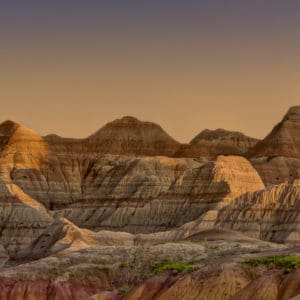 To get to Marmarth, North Dakota, skirt the edge of the Little Missouri grasslands, where wildfires and lightning...
© LitHub
Back to top