Letters to a Young Muslim 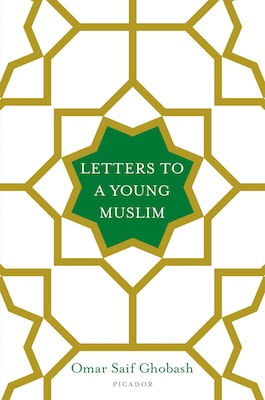 The following is from Omar Saif Ghobash's book, Letters to a Young Muslim. Ghobash is the Ambassador of the United Arab Emirates to Russia. In addition to his post in Moscow, Ambassador Ghobash sponsors the Saif Ghobash-Banipal Prize for Arabic Literary Translation and founded the International Prize for Arabic Fiction in collaboration with the Booker Prize in London.

As much as I don’t like the topic, I have to talk to you about violence, in religion and, more broadly, in life. The reality is that though we talk of one Islam, we express it in different ways. You have a choice to give priority to certain principles and certain values. If you choose to express Islam in a violent and destructive manner, this is your projection onto Islam, of your personality and your choices. The same applies if you decide that your approach to life is one of balance, of measure, and of cooperation. Islam has within it the resources for you to be a complete and balanced person. But if you pick at the pieces within the history and texts of our faith that appeal to an inner anger and frustration, then you will have to carry the burden of that choice.

There is violence everywhere. In every religion, including Islam. Our task is to understand the boundaries of violence. And measure the use of violence against the moral and ethical laws that govern us.

As you develop an approach to the world, to history, to texts, and to understanding what other people are demanding of you, you will need to ask yourself what violence is for, what it does, and what it expresses. If you begin to think about these questions, you will discover that you are ahead of many people much older and more experienced than you.

Saif, your grandfather’s life ended in violence. The violence was instantaneous, unexpected, and utterly destructive. It was also pointless and futile. It achieved nothing. It sent ripples out through time all the way till today. It was a single moment of violence that echoes through the decades. Does its effect grow weaker? I do not think so. The violence that destroyed your grandfather in 1977 continues to warp relationships and emotions in our family today. The effects of that violence continue to motivate me and color my view of the world.

I remember I was twelve and reading the newspapers about his death.

Though the violence perpetrated against my father was not inspired by religion, the question of violence has been central in my life. The question of violence is  going to be central in the lives of your generation of Muslims as well. Why? The reason is the rising voices of aggressive clerics who portray Islam as a religion of power through violence. These clerics are projecting a worldview onto Islam that ties the experience of early Islamic empires to the core of our religion. In doing this, they have built a system of ideas and theories that insist Islam is a religion that must dominate religiously, territorially, and militarily.

The reasons behind their worldview are multiple. I see simplistic ideas of what the history of Islam is really about. I also see that these clerics lead strangely frustrated lives locked in a world of narrow hate and anger. This hatred, anger, and frustration is not intrinsic to Islam. It is intrinsic to the narrow lives that these people have chosen to lead. Otherwise, how is it possible that some of these clerics have spent decades theorizing and debating the exact, almost mathematical, conditions for waging violent jihad? What would make a person of sound mind dedicate their lives to developing theories on when it is religiously permissible, or obligatory, to go out and kill others?

Other reasons are institutional and bureaucratic. These clerics are part of systems of knowledge and learning. If they go against the dominant themes and tendencies, they risk not progressing within their institutions.

And importantly, they demonstrate a lack of knowledge of the possible ways in which a human being can live a worthy life, as well as a complete lack of imagination regarding the possibilities for Muslim flourishing.

My question to the clerics who are obsessed with the theology of violence and death: Where are your learned theories on the role of kindness and generosity? Why, if you can write hundreds of pages of text on the theology of death, can you not give equal attention to what we Muslims can do with life? Why the intense focus on departing this world in a storm of blood and anger?

These are some of my questions.

You and your generation live in a richer and more diverse world. The arguments around violence are now available to you in many forms. All you need to do is to open your eyes and ears and look around you. Whatever religiously inspired arguments set out before you and your generation, the overwhelming evidence demonstrates that violence serves almost no positive purpose. I see only the very subtle threats of violence that are used as deterrents to violent behavior as occasions of positive value.

The invitation to violence is offered like a drug might be, or alcohol. It is a short route to immediate empowerment and satisfaction. But it is as equally destructive as, if not more so than, alcohol or drugs. The ticket to violence is an adrenaline-filled high that allows the religiously inspired aggressor complete license and freedom from any moral rules. If you look at the behavior of jihadists engaged in violent acts, in most cases against innocents, you will discover that the rules of moral behavior do not apply to them all of a sudden. Why is this the case? It is comic, but the argument is that they are engaged in a greater cause and so can be excused the smaller moral errors they commit.

I want you to see how giving in to the human lust for easy empowerment and violence turns the moral world upside down. Once entered into, the world of violence has its own dynamics that have nothing to do with the supposed moral aims that we are trying to achieve. Violence is sold to us, by some from within our faith, as the noblest and most effective means by which we can defend our faith from attack.

The more difficult and perhaps more valuable sacrifice a person can make is to face the complexity of modern life and live life to its fullest—morally, spiritually, and socially. It is far more difficult to deal with the troubles thrown up by a globalized economy, the complexities of modern city life, and the utter sense of futility that all of us feel at some stage. And morally far more important.

This is the true challenge of a religiously inspired life. Not to head for the quickest exit in a cloud of fire and smoke. The moral life is to be lived through thick or thin, in easy circumstances and the most difficult. In fact, the moral life makes most sense when we are faced with the challenges that threaten to tear apart our societies—poverty, anonymity, fear, hopelessness. This is when we are tested by our own beliefs and when we need to respond by affirming our commitment to building sense out of our circumstances.

This is how I want you to approach the question of violence and how to respond to those who might tempt you and your generation. I often wonder what we can do to stop the violence. I often wonder whether we differ from others when it comes to violence. If we are different, then it is only because we have become accustomed to accepting certain ways of talking to one another and describing the world. What do I mean? Well, much of the violence that we find in our Islamic texts comes from the writings of the fourteenth-century theologian Ibn Taymiyyah. His texts are full of references to the obligation to kill, execute, and respond with violence of some sort.

What we need to be aware of is that he was writing at a time when violence was inflicted on the Muslims of his era by the Mongols who had invaded Baghdad. This was a terrible violence in itself. Massacres took place at the hands of the Mongols, and the Islamic world trembled with fear.

Modern-day radical Islamists describe the challenges facing the Muslim world today in the same terms as the Mongol invasion. Could this be why the response is along the same lines as that proposed by Ibn Taymiyyah? But is the Islamic world under such a threat? I do not think so. And if the Islamic world were under such a threat, aren’t there more productive and interesting ways to respond to the challenge?

We all need to evaluate what threatens us as Muslims, and what threatens our faith. I will tell you that the threats that we are warned against come from the fever-ridden imaginations of people who have not left their neighborhood. These are imagined threats and challenges. In fact, what they are doing is using the outsider, and the West, as a scapegoat for our own failings within Muslim societies. There is no one out there trying to keep us down in misery, ignorance, and poverty. If we are to be angry with anyone because of the deprived situation that many of our fellow Muslims live in, then we should turn that anger toward ourselves for not having been creative enough, and dedicated enough, in building our societies. Violence should be put behind us and never be presented as an option. Violence is the tool of the frustrated and the angry. It achieves nothing for us as Muslims.

The Many Bad Moms of Charles Dickens 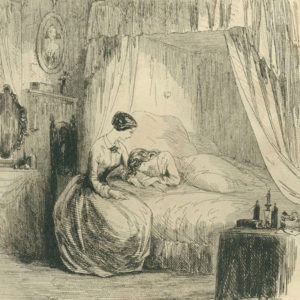 The Many Bad Moms of Charles Dickens “My love,” said I, “it quite confuses me. I want to understand it, and I can’t understand it at all." “What?”...
© LitHub
Back to top