Letter From Brooklyn: Finding Justice
in the Streets

Pitchaya Sudbanthad on the Shift From Pandemic to Protest

All day and all night, rotor blades whop-whop the sky over Brooklyn. Sometimes, one of the helicopters hovers somewhere above my apartment for what feels like hours. I put on my headphones and turn up the volume, hoping for the sound to go away, but it rarely does.

I live not too far away from Barclays Center, where the major avenues Atlantic and Flatbush crisscross and roving carnivals of discontent have gathered nearly every day. Marchers from north Brooklyn arrive to join marchers from southeast Brooklyn. Marchers from Grand Army Plaza stop under the arena’s oculus and rally before heading off again, maybe across one of the bridges to City Hall, or maybe eastward through the neighborhoods of Fort Greene and Crown Heights. Wherever the protesting masses go, so go the helicopters.

I wonder what the pilots are watching from up there. Technically, some of the helicopters are equipped for omniscience—with surveillance systems that can capture thermal and infrared night-vision footage, and high-powered optics that can focus on a license plate from a 1,000 feet away.

But can they hear the shouts and chants through the blade noise? Do they recognize the names evoked? George Floyd, Breonna Taylor, Eric Garner, and too many more. Do they understand the demands being made? Defund the NYPD. Hey, hey, ho, ho—racist police has gotta go. No justice, no peace. Are they recording the clapping that spreads through the crowds in waves, as drivers in passing cars honk in support and window after street-facing window opens for someone to stick out their head and cheer? Do their cameras zoom in on the lines of evenly spaced riot-geared cops whose faces crease behind their ballistic face shields as protesters yell in unison for them to quit their jobs?

If there’s any riotous chaos, it usually comes after dark at the instigation of a police force chomping to use the curfew as an excuse to attack protesters.

Weeks before, Brooklyn didn’t sound like this. It didn’t sound much like anything other than the constant, heartbreaking wails of ambulance sirens. I left my apartment only when supplies ran low, walking through eerily calm and empty streets to get to the supermarket and then retreated back. The coronavirus pandemic had brought silence to the borough that couldn’t and wouldn’t shut up, and I was getting used to a new kind of New York not unlike the one often depicted in post-apocalyptic movies’ prologue scenes, where something terrible was beginning to unfold.

In this New York, my apartment⁠—a sealed off one-person biosphere⁠—became the center of my universe, and it was here that I observed the world beyond my window through whatever screen I held in my hand. That world arrived as video clips: the strangeness of unpeopled Times Square and Grand Central. The morgue trucks in hospital parking lots and mass graves on an island a gull’s flight off the Bronx. The recorded incidents of anti-Asian racism against people who looked like me, as an unfit president inflamed his loyalists with conspiracy theories and xenophobic misinformation. It all felt so distant and unreal, yet it was a reality in which I also existed, somewhere out there.

When news of Floyd’s murder reached me, I couldn’t bear to watch the full video, the same way I wasn’t able to completely view the one of Ahmaud Arbery’s killing that appeared online two weeks earlier to its ultimate lethal conclusion. Like many other similar incidents of racist violence, it was all too likely that this news would capture and exit the speedy cycle of American attention.

The reckoning had to happen sometime or another. In New York, the pandemic had made it all too clear whose lives were always endangered and whose were protected from all peril. The coronavirus outbreak was taking a toll on minority neighborhoods at significantly higher proportions than more affluent, predominantly white ones. Many Black workers took on greater risk of infection at jobs deemed essential at medical centers, supermarkets, and restaurants, laboring long hours and often for thankless pay, where “essential” only felt like capitalism’s euphemistic camouflage thrown over “disposable.”

It’s fitting that protests now regularly happen at Barclays Center, a bait-and-switch scheme realized by the razing of a largely Black and Brown neighborhood by virtue of eminent domain, all for the eventual profits of a white real estate developer. In New York City, policing worked hand in hand with a real estate industry that generously donated to its foundations. More police presence made the city’s white residents and newcomers feel safer in neighborhoods abandoned by white flight in the American post-war. In Black communities, real estate opportunism displaced longtime residents. Housing values skyrocketed to unprecedented heights as communities fell apart and homelessness grew.  In a metropolis that over the past few decades had seen exponential growth in capital wealth, hospitals, schools, and other services in Black neighborhoods underwent catastrophic budget cuts while police headcounts steadily rose.

It was very clear that the notion of law and order applied to some more than others. The number of stop-and-frisks by the NYPD grew seven-fold to nearly 700,000 from 2002 until 2011, when it was scaled back because of civil liberties unions’ lawsuits; to no one’s surprise, reports showed that young Black and Latino males were disproportionately targeted.

So Floyd’s murder in Minneapolis lit up cities all over the country within a matter of days. Or rather, it ignited smoldering fires that had been kept off-camera and ignored for very long.

On my phone, I watched angry protests erupt all over New York City. After a curfew was called, friends posted videos from defiant nighttime marches and bike rides. I told them to keep an eye on the cops. Since 9/11, the already massive NYPD budget has almost doubled to $6 billion. Much of it went to a steadily increasing personnel and overtime pay, and huge sums were spent on surveillance and militarization, with equipment meant for American’s imperial wars quickly repurposed for use by domestic law agencies.

Friends and relatives in Bangkok ask what’s happening in America. They only catch glimpses of the protesters; most video clips they see are of violent confrontations and looting. A few who may not have ever talked to an actual Black person ask me to be careful of angry Black people. They’ve tuned in to CNN and Fox News. They’ve seen the TV shows and the movies. In the kinds of footage, images and Hollywood entertainment transmitted overseas, the global scale of the partnership between American white supremacy and capitalism becomes fully visible. The struggle for racial justice and equality is not profitable, and so it must be distorted and obscured to fit the standard script. White hat, black hat. Pale skin, dark skin. Heroes, villains.

The rebellion, however, refuses obfuscation. Too many cameras to count—like the one Darnella Frazier tapped on her phone to record Floyd’s last moments—now point at the true sources of violence.

The rebellion, however, refuses obfuscation. Too many cameras to count—like the one Darnella Frazier tapped on her phone to record Floyd’s last moments—now point at the true sources of violence and brutality. It’s our turn to shoot. I pick up mine and join those already in the streets.

In Brooklyn, arriving at a protest could be as easy as stepping out the door. I throw some precautionary items into a backpack—antacids to neutralize tear gas, a vial of vinegar to stabilize pepper spray,  just in case—don my face mask, and head to the nearest protest site I’d jotted down from social media. Thousands are usually already there. I make my way towards the back, where the crowd is thinner and I can at least keep some social distance, and wait for the people holding the megaphones to tell us to start walking. We know we’re moving when the chanting and cheering begins.

We march. We’re Black, Brown, Asian, White, Whatever. We’re the church group kids dressed in fashionable all-black. We’re the freelancer army in plaid and jean shorts. We’re still wearing our white coats or mono-colored scrubs. We’re families with a stroller-bound kid holding a sign. We’re hunched on our bikes. We’re zipping forward in our wheelchairs. We push out. We keep arriving in large numbers. We say what the hell and join from our grocery run. We march. We hold up hand-markered signs made from now plentiful packaging cardboard. We clap between chants and wave back to passersby and those standing at the curb, holding up their phones to show their friends what they oughta have seen with their own eyes. We take bottled water from neighbors who hand them from their stoop. We thank volunteers giving out face masks and energy bars. We wind through stopped traffic, as truck drivers blast their horn in salute and bus passengers inaudibly cheer behind glass. We give elbow bumps to people leaning half-way out from their car windows. We snap photos and start live feeds. We shout. We raise hell and a lone finger at the menacing helicopter above. We march.

New protests pop up every day. The far majority proceed peacefully. If there’s any riotous chaos, it usually comes after dark at the instigation of a police force chomping to use the curfew as an excuse to attack protesters, kettling trapped crowds, pushing riders off bikes, ripping off masks and macing without provocation, arresting clearly identified journalists and even throwing legal observers against cars. The city’s mayor and police commissioner deny what’s happening, but our cameras are recording.

I don’t own actual athletic shoes. My ankles hurt after a couple of marches. When I stay in, I keep on marching in my own way. I repost others’ images and accounts of huge marches happening everywhere. I send out articles on racism in police violence and how defunding overbloated police budgets can actually reduce crime and strengthen communities. Sometimes, I can pull up a map and tap on a live outdoor camera to watch protests moving through Brooklyn in real-time. I keep track of what’s happening on the police scanner and warn friends if, say, an ear drum-bursting LRAD sound cannon—one of the crowd-control weapons adapted from the theater of imperial war⁠—is being readied near the Manhattan Bridge.

Progress is happening and will continue, I hope. In New York, protesters have already convinced the state senate to repeal 50-A, a decades-old law that shielded police disciplinary records from public view and stood in the way of accountability. Talk of significant cuts to the NYPD budget is gaining momentum within the City Council, with as much as $1 billion in talks of being shifted to healthcare, education, housing, social services, and other underfunded vital programs. The ill-advised curfew has been lifted, and cops appear to be standing down. The mayor seems afraid to show his face anywhere, after massive calls for his resignation.

They know we’re watching, and we’re not going to stay quiet anymore, because Black lives matter.

Eventually, I get used to the NYPD helicopter noise. The sound becomes no different from the thumping car stereo bass or pigeons squabbling outside my window⁠—just another fixture of Brooklyn’s music. Soon, for all our sakes, it will be gone.

Pitchaya Sudbanthad is the author of Bangkok Wakes to Rain. The novel, published by Riverhead Books (US) and Sceptre (UK), was selected as a notable book of the year by The New York Times and The Washington Post, as well as a finalist for the Center for Fiction’s First Novel Prize. He has received fellowships in fiction writing from the New York Foundation for the Arts and the MacDowell Colony, and currently splits time between Bangkok and Brooklyn.

Megha Majumdar: Holding on to Humor During Times of Oppression 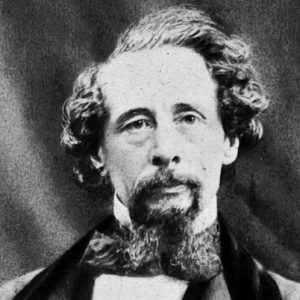 On Charles Dickens' Devious, Hypocritical "Nice Guy" Cop In 1851, Charles Dickens accompanied his friend Inspector Charles Field of Scotland Yard on a sort of ride-along, following...
© LitHub
Back to top