David Fenton in Conversation with Andrew Keen on Keen On

In this episode, Andrew is joined by David Fenton, author of The Activist’s Media Handbook: Lessons from Fifty Years as a Progressive Agitator.

David Fenton, named “one of the 100 most influential P.R. people” by PR Week and “the Robin Hood of public relations” by The National Journal, founded Fenton in 1982 to create communications campaigns for the environment, public health and human rights. Over four decades he has pioneered the use of PR, social media, and advertising techniques for social change. Fenton started his career as a photojournalist in the late 1960s. His book Shots: An American Photographer’s Journal was published in 2005. He was formerly Director of Public Relations at Rolling Stone magazine and Co-Producer of the No-Nukes concerts in 1979 at Madison Square Garden with Bruce Springsteen, Bonnie Raitt, James Taylor, Jackson Browne and other artists. David is a native of Manhattan where he lives with his wife and children. 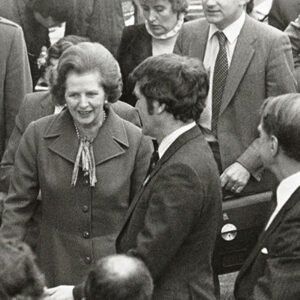