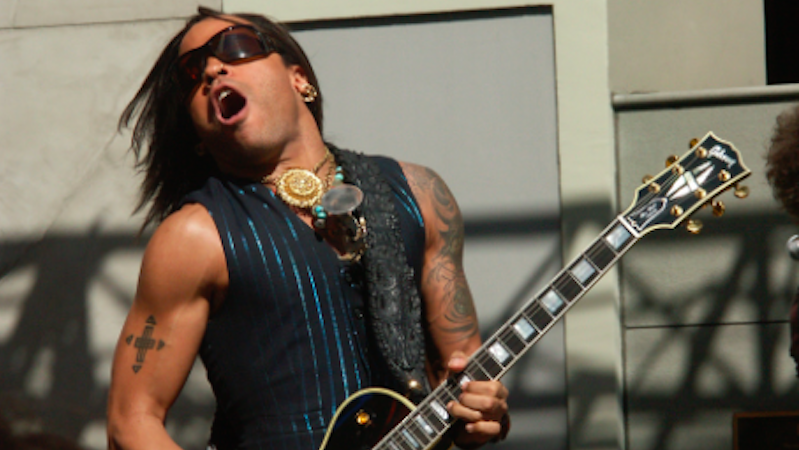 Lenny Kravitz—rockstar, progenitor of absurdly beautiful children, and innovator in the field of scarves—announced in a video on Twitter today that his memoir, Let Love Rule, is set for release on October 6.

Of course, while “announced” is technically accurate here, it fails to capture the mind-boggling sultriness of Kravitz’s video, which features him sitting in a car, shirtless but for a denim vest, speaking directly to me (he says “I hope you all are well,” which I assume was only to appease his publisher).

His voice the perfect hybrid of soothing and sexy—like if Pure Moods were a semi-competent male government official on Twitter—Kravitz gives a bit of context on the book. It’s about the first 25 years of his life, which formed the “message of love and unity that [he] still believe[s] in to this day,” he says (silkily).

My memoir, Let Love Rule, will be out on October 6th. Pre-order at https://t.co/TQ8bMOk3Kc pic.twitter.com/PCZZuNMh38

“I’m looking forward to sharing my journey with you,” Kravitz tells me, and me alone.