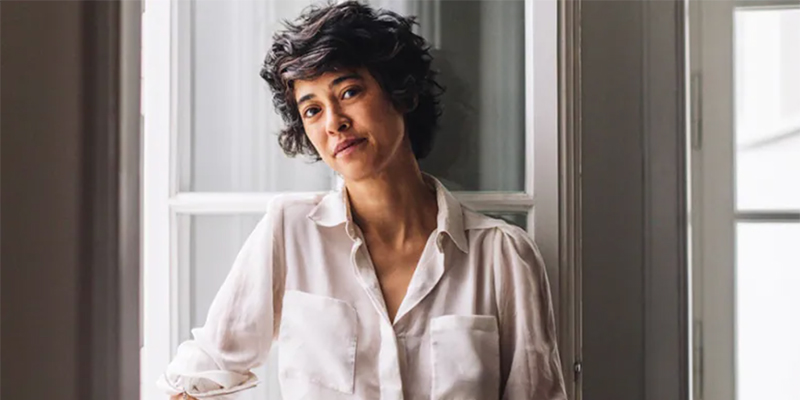 Leanne Shapton on the Desire to Always Go Bigger

In this episode, Jordan talks to writer and artist Leanne Shapton (Guestbook) about her workspace, her desire to create something large, and being fascinated by the recurring image of Lady Diana getting out of cars.

Leanne Shapton: I was just recently given one of the best presents I have ever received: I’ve always wanted to work larger and a friend of mine gave me these canvases that were six-feet by four-feet. And so I have a folder on my desktop that just says “to paint big” and so I’m pulling stuff on them going, Why this? Why this one?

And not all of them are going to work, but it’s that… why? Why do I want a six-foot-tall painting of a tweed skirt? I don’t know, but like I will do that one!

So it’s this funny… it’s almost like that magpie chipmunk process is where it feels really, really sort of fun. And then, for instance, I did yesterday sort of go to the studio, blow this one piece up like a little floral study I’d done. I sort of tiled it on my printer and blew it up and tried, and it was like I’d never, ever worked that big before. And it was incredibly terrifying and exciting to put the paint down on this six foot canvas.

There’s a quietness to the moment of going, “All right. Print this out on the printer” and in that it’s never really a… I could have been delayed an hour, and it wouldn’t have happened yesterday and might have happened in a month or something like that, so I’m not sure I’m answering your question again, but there’s never… there’s never a thing where it’s like, OK, this is going to be something. It’s really almost like an oblique decision, like a decision I make with my peripheral vision, with my left hand, that I’ll chase down. And I don’t know if that’s something like if that’s fear?

This dear friend of mine gave me three canvases. And I was like, “Oh no, no, no, I need twenty-five. So that I can just go, you know, just really go at it.” And he’s like, “I totally understand.” I was like, “Oh, I’ll get them. I’ll get twenty-three or twenty-two more.” [laughs] But do you know what I mean? Like, I need twenty-three, twenty-two more to get that to get that… That experimentation and that looseness. So I don’t go, Oh, I’ve only got one canvas with which to make this masterpiece. It’s just sort of like, oh, one of twenty-five might be OK.

*
Mention in This Episode:

Leanne Shapton is an author, artist and publisher based in New York City. She is the co-founder, with photographer Jason Fulford, of J&L Books, an internationally-distributed not-for-profit imprint specializing in art and photography books. Shapton is a fellow of the Royal Canadian Geographical Society. She grew up in Mississauga, Ontario, Canada. Shapton’s Swimming Studies won the 2012 National Book Critic’s Circle Award for autobiography, and was long listed for the William Hill Sports Book of the Year 2012. She is also the author of Guestbook: Ghost Stories, Important Artifacts…, Was She Pretty?, and several others. 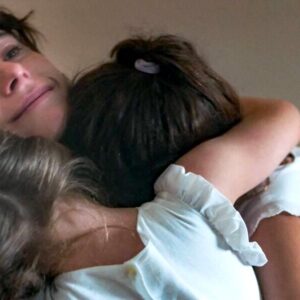 Early in Julia May Jonas’s searing debut novel Vladimir, the unnamed narrator, an “oldish white woman in her late fifties...
© LitHub
Back to top