Lauren Oyler: Twitter has gotten so crazy… What if my book isn’t crazy enough?

The Author of Fake Accounts Talks to Kyle Chayka

Lauren Oyler is best known as a fearsome critic, the most teeth-bared practitioner this side of the Atlantic (the ocean, not the magazine). She has aimed her keyboard at authors including Jia Tolentino, Roxane Gay, Sally Rooney, and Jenny Offill, often trying to puncture a cloud of hype that has obscured the true substance of a given book or writer. Her reviews, in publications like The New York Times, London Review of Books, and Bookforum, provoke such discussion that they formed the backbone of a critical essay about “viral book reviews” in The Nation. Oyler’s bugbears as a critic are the rise of American autofiction and, not coincidentally, the evolution of writers’ public personal brands on the internet, that is to say, social media: the gap that can grow between persona and work.

Her debut novel, Fake Accounts, follows both themes. The story of an unnamed young, female narrator in New York and Berlin, who is also a writer, it takes a different tack to autofiction than Oyler’s targets, with lively prose and an absurdist sense of humor. Her protagonist is not an aloof artist who can think only of late-capitalist aesthetics or writing residencies but a bumbling ex-pat who brings a uniquely surreal strategy to online dating. The novel is full of winks to the reader—at one point Oyler straightforwardly parodies the fragmented style of writers like Offill or Kate Zambreno’s Drifts as if to flaunt: I can do that, too. Fake Accounts seems likely to further inflame those same critical debates, particularly as the author takes up the brand of novelist herself.

I talked with Oyler over the phone from her current home of Ithaca, New York, where she recently moved with her boyfriend after bouncing between (yes) New York City and Berlin. We discussed describing technology, plotlessness, and the purpose of criticism, or lack thereof.

Kyle Chayka: What has the whole pandemic been like for you? As freelance writers, quarantine doesn’t change much in our daily routines.

Lauren Oyler: I definitely have a fantasy of emerging from quarantine totally changed and better. But I got a little bit better at yoga, which is good. I’ve started taking German classes again, so that’s good.

Twitter has gotten so crazy that when I was first starting to do proofs for my book, I was like, “Oh, my God, my book is not crazy enough.” It doesn’t seem crazy enough to be real, but there are always faker accounts.

KC: I was thinking about that a lot while reading your novel: Every book about the internet or technology is like a fossil, it becomes outdated so quickly. Do you feel differently now about the version of the internet that you put into the book?

LO: There’s this idea that you can’t write a good novel about the internet because of this technologically planned obsolescence, but I just tried to keep it very micro historically accurate. The events of the book are around January to June of 2017.

I also think a book seems more like a fossil and less realistic if it tries to avoid the internet by just sort of treating text messages like a phone call or like a letter, and that’s also not how I feel about the internet anyway. So I just trusted that if I got my thoughts about it on the page, it would ring true for a longer period of time.

KC: In the first section of the novel, there’s a great scene in which the narrator snoops into her boyfriend’s phone—she has to grab it and figure out the password and look through the apps. I thought it was a really authentic description of how we experience technology right now, in both physical and virtual space.

LO: When you’re just stalking someone on the internet or you’re trying to find something out, it’s a very process-oriented logical thing, and that’s what I wanted to emphasize. Sometimes when people tell stories, my biggest complaint or my biggest question is, how? How did this happen? People leave out those details because it makes it seem more special or extraordinary. But actually, the detail of it, the process by which events occur, is what makes them extraordinary.

“I think often, the apparatus and the context in which the book is produced is much more interesting than the book.”

KC: There’s another scene in which the narrator goes on a date with a guy who has researched her entire background online and read every article she’s written, including for college newspapers. That’s the enactment of a fantasy that many writers have, I think, that someone has delved so deep into the archive that they would fully understand you or become obsessed with you. But it’s not always flattering.

LO: She wants to be known, but in the best way possible. And she is constantly being confronted with these things, like this guy who’s been Googling her, or the ex-boyfriend chorus, these inconvenient truths about herself and the fact that people know all sorts of things about her.

KC: The internet accelerates your own delusion of importance.

KC: At another point in the novel, you write this section that reads like a parody of the autofictional fragment style of Jenny Offill and others. Patricia Lockwood’s new novel, No One Is Talking About This, is an autofictional description of the internet using those same fragments. I wonder why that feels like such an apt form for writers to talk about technology and experience now, to the point of cliché.

KC: As you point out in Fake Accounts, a novel is usually a coherent space of narrative and it proceeds clearly from beginning to end—or there are beginnings and endings. Whereas the internet and so much media now is just infinite and uncomposed.

LO: The fragments sort of mimic the randomness of all the elements of life coexisting at the same time. It reflects something about the world at large that is usually ignored, for good reason, which is that it’s overwhelming and impossible to have to consider all these possibilities and all these truths simultaneously.

KC: You also have this structural mechanic where the novel has sections dividers that are titled, like “Middle (Something Happens),” “Middle (Nothing Happens)” and “Climax.” Why did you decide to have these super self-aware structural elements in the book?

LO: I was thinking about wanting to apply some sort of autofictional principles to a more conventional narrative structure, to insert that kind of perspective into a kind of entertaining plot. I wanted to emphasize the constructedness of the book without caring too much about it.

KC: A lot of autofiction is very placid and smooth, the prose is kind of anesthetic—as in Ben Lerner or Rachel Cusk. But Fake Accounts feels more like a monologue; the narrator is speaking and present in a way that I don’t find in other autofictional novels. It’s voicier and more charming, for lack of a better word.

LO: I kept thinking about, how would I gossip about this? And how would I tell someone this? All of the books that I really love are this same kind of confident, charismatic first-person narrator who is telling you a very interesting story. I like an unreliable narrator; I like Iris Murdoch, I like Philip Roth. It’s not very fashionable right now. A lot of books now are like, “Oh, yeah, it’s realism, but 20 percent less interesting than life.” I’m like, “No, actually, life is really wild.” Crazy things are happening all the time.

KC: Autofiction has this reputation for nothing ever happening. But that’s so funny to me because something is always happening in writing, maybe it’s just that not very much is happening, or it’s not dramatic on the scale that readers are used to.

“The critic is someone with a sign at the protest.”

KC: You’re very well known as a literary critic and have commented on something that has also bothered me recently: The container of a book is sometimes very different from what’s inside of it. It can be very stark; the image that a book has and its existence on the internet and in publicity doesn’t match with the actual experience of reading it.

LO: There is an argument that you should never comment on the publicity or the apparatus that produces the book and you should only write about the work. But I think often, the apparatus and the context in which the book is produced is much more interesting than the book.

If you want me to take you seriously, then take yourself seriously, and then I’ll take you seriously. But until that happens, I’m not going to pretend like your book wasn’t published with a huge budget and it wasn’t on whatever TV show people go on when they have big books.

KC: How is the experience of putting out a novel different from publishing criticism?

KC: Are there things that could be done to improve our critical ecosystem, and would that make literature any better?

LO: I am of the belief that criticism basically has no power. A critic is a very loud member of a large crowd of people that contributes to hype. That’s what critics are, right? The critic is someone with a sign at the protest.

KC: How does it feel to be dealing with hype in the publishing industry as a novelist? There isn’t really hype in criticism.

LO: I think it’s hard to not want hype because my understanding is that it’s the only way that you are at all successful as a novelist. If you don’t have it, then you’re not going to get another deal. Or you probably will, but it’s quite hard.

Obviously, it would be good if only the really great books got hyped, if you could trick people into buying genius works of literature. And then that meant that the genius works of literature were successful. I don’t know; I’m sure that there’s a horrible downside to that. But it seems to be better than the current situation where everybody is buying crap and then saying that it’s awesome.

KC: Sometimes it feels like the middle ground of culture is gone: stuff is either obscure or omnipresent. And it’s really hard to accept obscurity, especially when everything feels so public now online.

LO: The thing about people who do accept obscurity is, you don’t know about them. I think that’s very interesting. There are always more people out there, which is this sort of stoner thought, but stoners are right sometimes.

KC: Last question: in our cultural ecosystem where everything is intellectual property, would you want your novel to be turned into a TV show?

LO: It would be interesting to have to translate it. Over quarantine, I have developed some opinions on TV and, as with contemporary literature, I think most of it’s quite bad. So I could imagine myself getting annoyed about it enough that I want to offer a corrective in the form of my own work.

It’s really striking how on so many of the Netflix shows they just don’t care about continuity. They make things seem like they’re going to happen and then they don’t happen. I would like to know why that is.

Kyle Chayka's debut nonfiction book, The Longing for Less: Living with Minimalism, was published in January 2020. 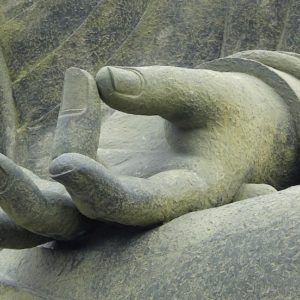 When The Best American Poetry 2015 hit the shelves, mainstream media bloomed with stories of a hot new literary scandal:...
© LitHub
Back to top