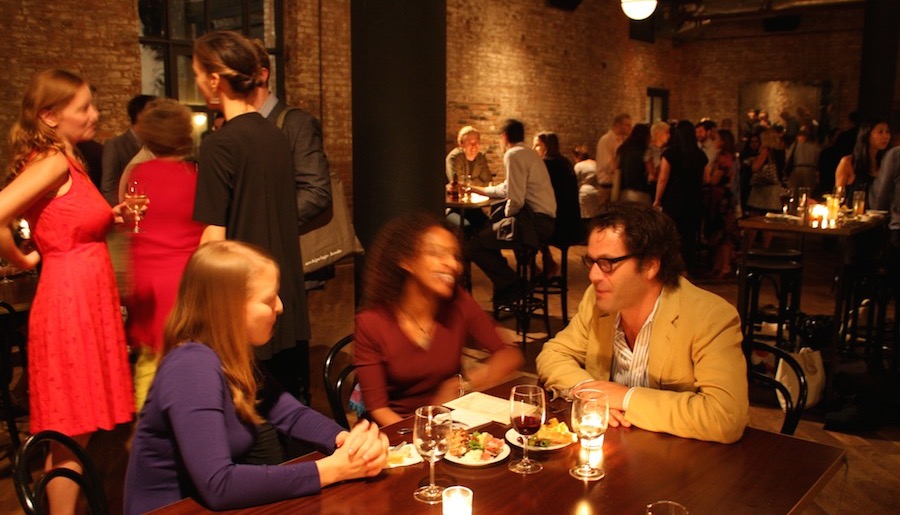 Lauren Cerand’s Night Out at the Archipelago Gala

In Which Our Fearless Literary Nightlife Correspondent Makes Her Debut

So last week, I was at a little French cafe with Jonny Diamond, who orders in French and has the most wonderful stories and he said I am looking for a gala correspondent and I spent the next hour naming all of the people I thought it should be and he listened patiently and then just before we left he said I think it should be you. But I felt that I was done going to galas, I have been to dozens for work (I am a publicist), and I had just turned down several benefit committees because I don’t really feel like going out so much anymore. So I wasn’t sure that the usual report would do.

But I said I would try it—I was already going to the Archipelago Gala. So off I went with my little notebook, and a desire to tell a story about why these things are worth going to, and more than who’s there or whether the glasses are really glass, why they’re wonderful. I asked for good-natured gossip, and I got it: Archipelago board member Peter von Ziegesar is getting a new puppy from a Broadway show that always has to get new puppies. But then I felt bad because my only bit was about a golden retriever. Will Heyward of Penguin Press suggested I wait until everyone get drunk, but I only wanted good-natured gossip. Stephanie Valdez, co-owner of Community Book Store suggested that I ask Edwin Frank of NYRB Classics what he thinks of The Dud Avocado, which was a great lead, but then I saw Barbara Epler of New Directions—having a great run with Lispector and now the extraordinary Indonesian novelist, Eka Kurniawan—who in her off time, if you can believe it, makes the most extraordinary jewelry (I have some, including a strand of rubies I was wearing later), and we had a laugh by the tarot card reader.

Guernica fiction editor Meakin Armstrong had a tarot reading that said sex and money are coming his way and I think that’s a great idea for their next theme issue (new writers, by the way, have great odds submitting to the theme issues if the work suits). Michelle Legro is the new culture editor at The New Republic and has lots of pages for book reviews in the magazine. She wants to hear from independent publishers, especially about new books. Publishers Weekly “rising star” Kristen Radtke was there representing Sarabande Books in a very chic black dress with exciting zippers. Dapper Nathan Rostron of Restless Books is already thinking about his annual Saturday night birthday dinner at the Texas Book Festival in a few weeks, and is excited about his new Hungarian writer György Spiró.

Grove Atlantic’s Corinna Barsan, who always picks the right books, was a breath of fresh air as always. Noreen Tomassi, legendary director of the Center for Fiction, introduced me to her son, an acquiring editor at Other Press who recently bought a book of which a translator at the party said, “Oh, I read that in German last year! You’re going to sell a million copies.” Tom Roberge, of perhaps the most beautiful bookstore in the city, Albertine Books, was there looking sharp as always, and thinking big. I ran into Dan Simon of Seven Stories Press and complimented him on publishing Annie Ernoux, the French writer. You should go and ask for her at Albertine. The featured cocktail was called something like, “You’ll see, something will happen,” and the ambiance at the Wythe, where I often have lunch at Reynard was subdued and nice as always, and made it feel like something just might.

Archipelago’s Jill Schoolman always has a great scene around her too, and is known for inviting friends who play the saxophone just to mix up a media lunch. Choosing a venue that is not used by everyone else is key to a good party, along with dim lighting and not too far to walk for the smokers. Accolades of course to Schoolman and Kendall Storey who announced a matching grant for Archipelago’s new children’s imprint, which will surely bring some new gems into an already extraordinary list. One translator (the party was full of translators) showed a book he had picked up to Jeff Waxman, sales consultant to independent publishers such as Tyrant Books, who replied “That’s a very good book,” and then described something unprintable the protagonist does with his father’s mistress.

As I passed through the courtyard, the tarot card reader said, “But I haven’t read you yet.” I also reconnected with a friend I’d met at a dinner party at the home of perhaps New York’s most cosmopolitan couple, Filip Noterdaeme and Daniel Isengart, but hadn’t exchanged information: Rich Benjamin, a writer with a very intriguing novel he just sent to his agent. We reminisced about that night, and I told him my favorite thing: Filip had asked me what my favorite Thomas Bernhard novel was, and I was so embarrassed to say I hadn’t read him yet. He smiled and replied, without a beat, “I envy you, so much pleasure to look forward to.”

I didn’t fall out of a sports car on the Champs-Élysées in the end. I slipped into a taxi instead.

SLIDESHOW: AT THE ARCHIPELAGO GALA

Cocktails and proper lighting make for a nice evening.

The future of literature revealed at the tarot table. 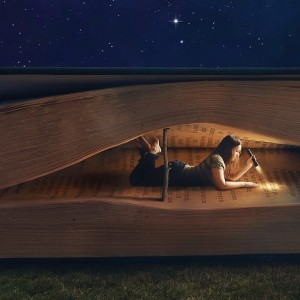 Several months ago, I was sitting at a little table in a little restaurant, when the conversation turned to the topic of the long...
© LitHub
Back to top
Loading Comments...