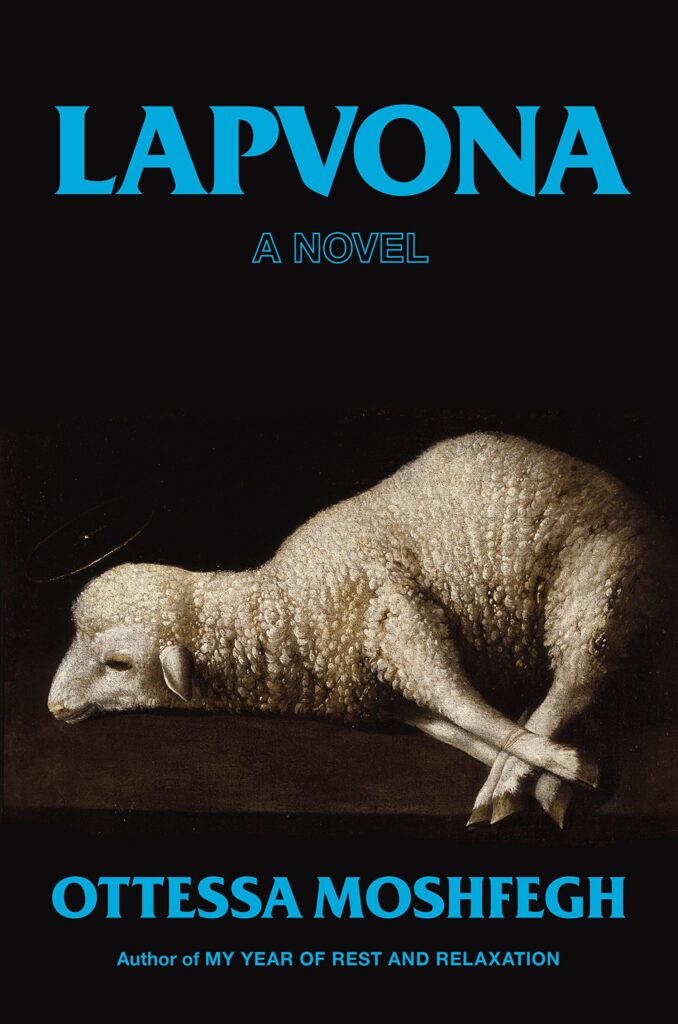 The following is a from Ottessa Moshfegh's Lapvona. Moshfegh's first novel, Eileen, was shortlisted for the National Book Critics Circle Award and the Man Booker Prize, and won the PEN/Hemingway Award for debut fiction. My Year of Rest and Relaxation and Death in Her Hands, her second and third novels, were New York Times bestsellers. She is also the author of the short story collection Homesick for Another World and a novella, McGlue.

The bandits came again on Easter. This time they slaughtered two men, three women, and two small children. Some smelting tools were stolen from the blacksmith, but no gold or silver, as there was none. One of the bandits was injured by an ax wielded by the slain children’s mother—she smashed his left foot. Then he was restrained by neighbors and dragged to the village square, where he was beaten and put in the pillory. Villagers pelted him with mud and animal excrement until nightfall. Grigor, the dead children’s grandfather, was too bereft to sleep, so he got up in the night, went to the square, cut off the bandit’s ear with a garden knife, and flung it in a lemon tree laden with blossoms. ‘For the birds to eat!’ he yelled at the bleeding man and sobbed as he slunk away. Nobody could say what specific acts of horror this one pilloried bandit had committed. The rest of the bandits got away and took with them six geese, four goats, six wheels of cheese, and a cask of honey, in addition to the iron tools.

No lambs were stolen, as the lamb herder, Jude, lived in a pasture several miles from the center of the village, and he had his lambs penned and sleeping soundly that night as usual. The pasture was at the foot of a hill, on top of which sat the large stone manor where Villiam, Lapvona’s lord and governor, re- sided. His guards were in position to defend him should any menacing individual ever climb the hill. Between the echoing screams from the village, Jude thought he could hear the gut strings of the guards’ bows tighten from where he lay awake by the fire that night. It was not by chance that Jude and his son, Marek, lived in the pasture below the manor. Villiam and Jude shared a blood relation, their great-grandfather. Jude thought of Villiam as his cousin, though the two men had never met.

On Monday, Marek, age thirteen, walked to the village to assist the men in digging a trench to bury the dead. He wanted to be helpful, but cowered when the bodies were laid out on the thick grass of the cemetery and the men took up their shovels. The heads of the dead were covered only in thin cloths. Marek imagined that their faces were still alive. He could see their eyelashes grazing the fabric as a soft wind blew. He saw the outlines of their lips and thought they were moving, speaking to him, warning him to get away. The children’s bodies looked like wooden dolls, stiff and adorable. Marek crossed himself and retreated back to the road. The men of the village dug the trench easily without him anyway. Nobody cared that Marek had come and gone. He was like a stray dog that wandered in and out of the village from time to time, and everyone knew he was a bastard.

Marek was a small boy and had grown crookedly, his spine twisted in the middle so that the right side of his rib cage protruded from his torso, which caused his arm to find its only comfort resting, half bent, across his belly. His left arm hung loose from its socket. His legs were bowed. His head was also misshapen, although he hid his skull under a tattered knit hat and bright red hair that had never once been brushed or cut. His father—whose long, uncut hair was brown—admonished vanity as a cardinal sin. There were no mirrors in their humble home in the pasture, not that they had any earnings to afford one. Jude was the oldest bachelor in Lapvona. Other men took their young cousins as their wives if they needed one—women often died in childbirth—or traded a few sheep or pigs to a village in the north for a tall girl to marry.

Jude could never bear to see his reflection, not even in the clear, icy stream that ran through the valley or in the lake where he went to bathe a few times a year. He also believed that Marek ought not see himself. He was glad to have a son and not a daughter, whose lack of beauty would be much more injurious. Marek was ugly. And fragile. Not at all like Jude, whose bones and muscles were like polished bluffs beaten by an ocean, soft and luminous despite his skin being grimy and often covered in lamb shit. Jude never let on that Marek’s face had an unseemly disproportion; the boy’s forehead was high and veiny, his nose bulbous and skewed, his cheeks flat and pale, his lips thin, his chin a stub giving way to a neck that was wrinkled and soft, like a drape of skin over his throat, which was flabby at the apple. ‘Beauty is the Devil’s shade,’ Jude said.

On his way home from the cemetery, Marek passed the pillory where the wounded bandit moaned and cried in a language nobody knew. Marek stopped to say a prayer for the bandit’s soul. ‘God, forgive him,’ he said aloud, but the bandit kept crying. Marek got closer. Nobody was around. Perhaps the stench of excrement had cleared people away in the warm sun of spring. Or perhaps they were all busy watching over the burial of the dead. Marek looked into the bandit’s eyes. They were green, like his own. But they were cruel eyes, Marek thought. If he got closer, he thought, he might see the Devil in them. Upon his approach, the bandit cried out again, as if Marek of all people could save him. Even if the boy were strong enough to lift the stocks and help the bandit run away into the woods, he wouldn’t. God was watching.

‘God forgive you,’ Marek said to the bandit.

He got closer still, then deigned to lay a hand on the bandit’s arm. Marek could see that his foot was broken, limp, a bone sticking out through the flesh, the skin wrinkled and yellow. His breathing was quick and raspy. Flies swarmed, unbothered by the bandit’s repeated cries of jibberish. Marek closed his eyes and prayed until the bandit stopped wailing. He opened them in time for the bandit to spit in his face. He knew not to flinch, as that would show disgust, and God would judge him. Instead, he bent down and kissed the bandit’s head, then licked his lips to taste the salt of the man’s sweat and the rancid oils caked into his reddish hair. The bandit winced and stuck out his tongue. Marek curtsied and turned and walked away, feeling that the bandit’s cries now were not in anguish or petulance, but in rapture of salvation, even if they sounded exactly the same.

Marek left the square and walked calmly now, a feeling of goodness tingling in his left arm, which he took to mean that he had earned a bit of grace while the rest of the village had reviled the bandit and suffered now in darkness, laying down the dead, who were, unlike the rest of them, at peace.

Why Fixing the Internet Requires Political Struggle Rather Than Technological Innovation

What the Ermine Saw by Eden Collinsworth, Read by Cassandra Campbell 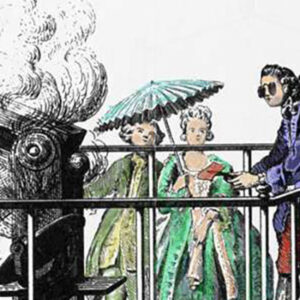 Why Fixing the Internet Requires Political Struggle Rather Than Technological Innovation Hosted by Andrew Keen, Keen On features conversations with some of the world’s leading thinkers and writers about the economic,...
© LitHub
Back to top