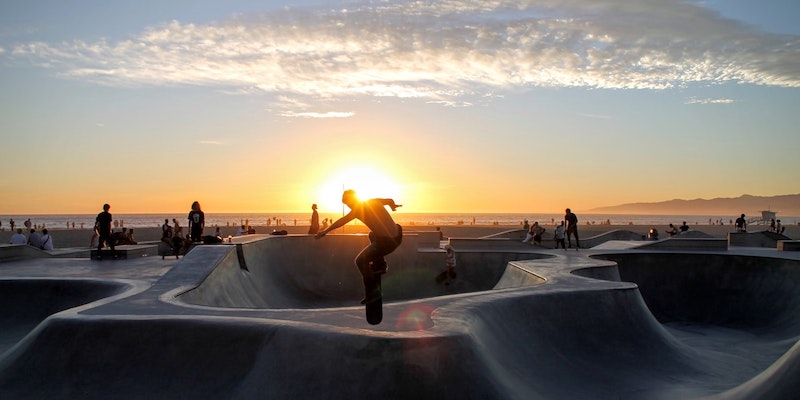 Kyle Beachy on the Mystery Origins of Skateboarding

Kyle Beachy has been skateboarding for as long as he’s been creating stories. For him, the two have always been intertwined. After releasing the coming-of-age novel The Slide in 2009, he began to write more seriously about skateboarding, as aficionado, critic, and essayist. A decade’s worth of this material is now included in The Most Fun Thing (Grand Central Publishing, 2021), his second, book-length collection. The Most Fun Thing delves deep into skateboarding’s origins and ethos.

What is skateboarding? What does it mean to continue skateboarding after the age of 40, four decades after the kickflip was invented? How does one live authentically as an adult while staying true to a passion hatched in childhood? How does skateboarding shape one’s understanding of contemporary American life? Contemplating these questions and more, Beachy offers a deep exploration of a pastime—often overlooked, regularly maligned—whose seeming simplicity conceals universal truths.

Beachy is a professor of English and Creative Writing at Roosevelt University in Chicago, where he has taught for more than a decade. He sat down with J.C. Gabel earlier this fall to discuss the new book, nonfiction vs. fiction writing, and how exactly skateboarding has shaped his life.

JC: I’m curious how you arrived at this format, which is kind of a hybrid memoir/cultural history of skateboarding in the twenty-first century.

KB: The bulk of this book started out as standalone pieces of skateboard criticism. And at the time—2011, late 2010, when I was really starting what would become the project that would take a decade of my life to work on—skateboarding criticism wasn’t something there was a lot of. Skateboarding had been written about seriously from academic perspectives like sociology or architecture. The most serious text was this book called Skateboarding, Space and the City by an English architectural theorist named Iain Borden.

At the time, there wasn’t much of a road map for the sort of the thing I wanted to do, so I essentially started approaching skateboard films with a semi-critical eye, with a perplexed driving question which is, “What is skateboarding, actually? What is this thing I’ve been doing for thirty years now?” I started writing these standalone essays, and though I was thinking of them as standalone essays, the fact is, I really wasn’t. I would tell myself “This is a standalone thing—I’m going to try to sell it, 1500 to 2000 words,” whatever.

But then an editor along the way would ask me to do some clarifying, and I had this deep, sort of profound resistance to clarifying everything because I thought, “Well no, I already did that three essays ago.” And so it turned out actually what I was doing, sort of accidentally, was working toward a bigger, singular project that treated each of these pieces of criticism as somehow growing out of the last. What you see is that, as I wrote these, they became more and more spiritual and more and more personal. By the time I managed to sell them to an editor, they’ve become these very vulnerable, personal pieces of writing about myself and the questions of faith and existence.

JC: This is where I need you to unpack a few things for people who haven’t skated or don’t know the history of it. Skateboarding, unlike a lot of sports, was really more of a movement. There were a lot of sports aspects to it because you needed to be in good shape to pull off a lot of the tricks, but in the book, you write very eloquently that despite all the modern conveniences and how commercialized and corporatized a lot of other sports have become, in a lot ways, skateboarding has almost stayed the same as it has been the last twenty or thirty years.

KB: Yeah, a lot of that comes from skateboarding’s origin story itself being kind of a mystery. Nobody knows where the first skateboard began. Dave Carnie has a fairly convincing argument that in fact the first kind of standup, recreational skateboarding that we have record of might have been created by soldiers in the SS, German soldiers who stood and rode down some planks with wheels, and so on.

But the origin story as we know it—and the reason we know it is because it’s been mythologized and, since the year 2000, it’s been handed to us in several different forms, Dogtown and the Z-Boys and so on—is that skateboarding started in Los Angeles in a region of Venice Beach, Santa Monica called Dogtown, the sort of borderland where skaters, during bad surf conditions, wanted something else to do. That’s where skateboarding as we know it began.

Prior to that, skateboarding probably began as an adaption of the sort of standup scooters with the peach baskets, you know, wooden plank scooter devices where someone ripped off the peach basket and just had the plank. Not terribly unlike the way it’s fictionalized in

Back to the Future, where Michael J. Fox is trying to flee from Biff Tannen, and he grabs a scooter and rips off the thing, and, voila, skateboarding is born.

In any case, the point is that we don’t have an origin for it, and because there is no clear origin for it, it’s created this vacuum into which a whole lot of mythologies have been injected. We have these heroic figures of Dogtown: Jay Adams, Tony Alva, Stacy Peralta, and the journalist, writer, and photographer who was alongside and writing the foundational myths, a guy named C.R. Stecyk, Craig Stecyk III. For a very, very long time, skateboarding as offshoot of and product of California surf culture was the dominant narrative, really until the early-aughts when it started to become more and more an international phenomenon. Once it got less yoked to California as its birth place, it started to become more interesting.

Stuntboy, in the Meantime by Jason Reynolds, Read by a Full Cast 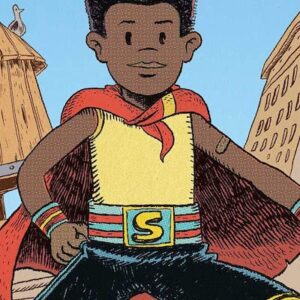 Stuntboy, in the Meantime by Jason Reynolds, Read by a Full Cast