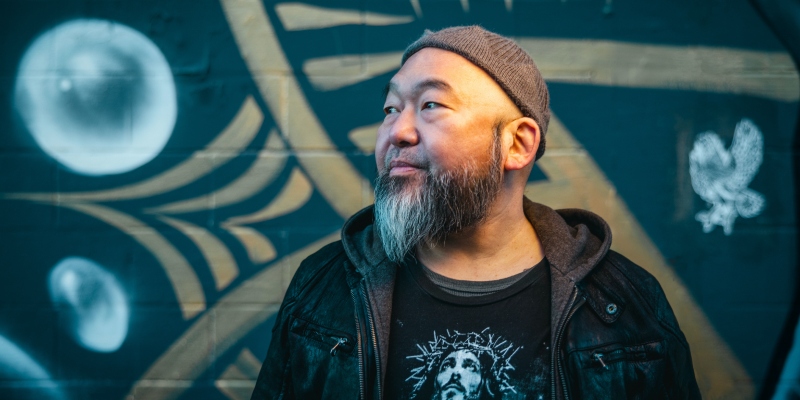 Khan Wong on Hula Hooping, Asexuality, and Creating the Universe of His Debut Novel

Few writers are as qualified to set their book in a circus as Khan Wong, who has not only performed in a circus but is an internationally recognized hula hoop virtuoso.

While Wong’s descriptions of acrobats, clowns, and fortunetellers are grounded in real life, the pleasure moon that is the setting of his debut novel, The Circus Infinite, arises entirely from his formidable imagination.

Persephone-9 is a Las Vegas-like destination for members of the 9-Star Congress of Conscious Worlds, an alliance of nine species that includes humans. Into this diverse and raucous setting comes Jes, a young man with the unique power to manipulate gravity. A self-described asexual panromantic, Jes is on the run from a sadistic researcher who has tortured him in the name of science. And yet just as Jes starts to find love and acceptance in the circus, he confronts a new nemesis: a blackmailing crime boss who seeks to exploit his psionic abilities.

Writing an asexual character “was liberating,” Wong says. “I myself have come to realize my own identity as being on the asexual spectrum later in life. When I was younger, I didn’t have the vocabulary. And certainly there was no internet to find community about it growing up. But I always found myself kind of uncomfortable in hypersexualized spaces and never really understood why.”

“Also, I was fascinated by the idea of an asexual empath in a hypersexualized location like a pleasure moon. A lot of people are there to party and to get laid and to indulge their kinks and whatever. The book doesn’t go super into explicit detail on that front—it’s not erotica. But I was fascinated by a character who had empathic abilities, who could sense these feelings from other people but didn’t really experience them naturally himself.”

Rob Wolf: How did you get into the hula hoop?

Khan Wong: I started fire dancing with a prop called poi, and once I started learning that, I was introduced to a whole community of people who did it with different props, including hoops. When I tried the hoop for the first time, something clicked, and I got really obsessed with it and started applying techniques from other props to the hoop.

I treated hooping like a movement meditation, so I wasn’t going trick to trick, I was figuring out ways to dance with the hoop and treating the hoop as my dance partner. I started getting noticed in the hoop community for the way I moved and some of the techniques I was doing—which resulted from putting videos up on early YouTube. People who organized workshops and hoop retreats and festivals started inviting me to come and teach.

RW: Jes, the main character in The Circus Infinite, is on the run from a place called the Institute, and he goes to Persephone-9, a Las Vegas-like pleasure moon, to hide. Can you talk about Jes—who is he and why is he on the run?

KW: Jes is mixed species. His father is Rijala and his mother is human. Each of the species in the 9-Star Congress have some form of psychic ability, which people can develop or choose not to develop. These kind of psionic abilities are available to anyone who chooses to learn. It’s not like you have to be born with magic or be strong in the Force or anything like that. And it’s suspected that, as a result of his being a hybrid of two different species, Jes has developed an ability that is highly unusual and that is what lands him to the Institute, because they want to figure out the source of his powers and how they work and if they can make more people like him. But the Institute, as these things go, is not exactly a humane place, which is why he escapes and goes on the run.

RW: We see a lot of xenophobia in the 9-Star Congress, which is interesting because the existence of the Congress seems to show a willingness to get along and a harmony among these different species, and yet there are among some members of these species a sense of superiority and exclusivity, and they frown on sexual relationships between the species.

KW: I tend to let things emerge organically in the writing of a story, and I try not to be too heavy handed about it. But strength in diversity is definitely something that I had at the forefront of my mind when conceiving of this world. Cultural diversity, ethnic and racial diversity, sexual diversity, diversity of sexuality and gender expression, however you want to define it, is a beautiful feature of humanity. It breaks my heart and sends me into pits of despair sometimes when I think about the kind of prejudices and bigotries that exist in our culture and that are being inflamed these days. In a way, I feel like we’re going backwards in some respects. There’s so much potential and a beautiful expression of society that we’re missing out on because some people are so intense in their hatred, and it forces other people into self-defense mode. As a result of that, nobody is focused on moving forward and evolving.

As an internationally known hula hoop teacher and performer, Khan Wong has toured with a circus, taught workshops all over the world, and produced circus arts shows in San Francisco. He’s worked in the nonprofit arts for many years, most recently as an arts funder for a public sector grantmaking agency. The Circus Infinite is his first novel.

The Beauty of Dusk by Frank Bruni, Read by the Author 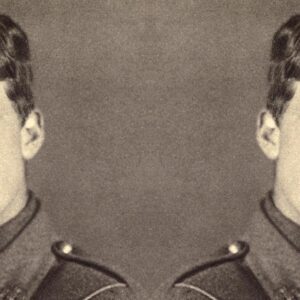 Why is Italo Calvino so beloved outside Italy? Jhumpa Lahiri has some ideas. | Lit Hub Translation Annie Hartnett...
© LitHub
Back to top