Kevin Roose Wonders If 2020 is the End of the Wild, Wild Web?

On today’s episode, Kevin Roose, The New York Times technology columnist and author of the upcoming book Futureproof: 9 Rules for Humans in the Age of Automation, discusses how we as regulators and users are now holding tech companies accountable.

Kevin Roose: Last week was very strange in my world of Internet culture and governance, because all of a sudden all these platforms did the thing that people like me have been asking them to do for years. People like journalists and researchers have been saying you need to deal with hate speech and you need to deal with extremism. You have to take more responsibility for the content on your platforms.

Within a 48-hour period, you had Reddit, which was the most toxic Internet haven, ban thousands of forums for hate speech and updated its hate speech policies; Twitch, the game streaming platform owned by Amazon, suspended President Trump’s account for hateful conduct; YouTube got rid of six white supremacists who had built huge presences there, including David Duke, the former KKK leader; and Facebook also has been dealing with this advertising boycott and facing more pressure, and they took down the so-called Boogaloo movement, which is a network of far-right and anti-government groups that have been increasingly violent. All this happened within a day or two of each other. It felt like the end of an era, not necessarily where the Internet is only good stuff and only reasonable political opinions and only non-violent resistance.

There is obviously a ton of bad stuff on social media; the thing that is changing is the platforms’ ability to neglect responsibilities. The game is up. Everyone knows these platforms can stop these types of content and they need to, and no one is going to let them off the hook for their failures to police their own platforms. The change is not that we waved a wand and got rid of everything bad on the Internet, but we as citizens and regulators and users and advertisers are now holding these companies accountable in new ways.

Kevin Roose is an award-winning technology columnist for The New York Times. His column, “The Shift,” examines the intersection of tech, business, and culture. He is the New York Times bestselling author of three books, Futureproof, Young Money, and The Unlikely Disciple. He is a regular guest on “The Daily,” and appears regularly on leading TV and radio shows. He writes and speaks regularly on many topics, including automation and A.I., social media, disinformation and cybersecurity, and digital wellness. Before joining The Times, he was a writer at New York magazine, and a host and executive producer of “Real Future,” a documentary TV series about technology and innovation. He lives in the Bay Area.

Support for this podcast comes from W. W. Norton, publisher of Ghost Road: Beyond the Driverless Car by Anthony M. Townsend. For decades we have dreamed of building an automobile that can drive itself. But as that dream of autonomy draws close, we are discovering that the driverless car is a red herring. When self-driving technology infects buses, bikes, delivery vans, and even buildings, a wild, woollier, future awaits. Available wherever books are sold. 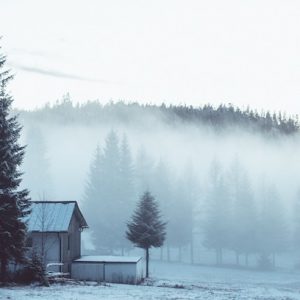 Where should we find consolation, dwelling in the north? Amid the stunted desperate plant life clinging to its edges,...
© LitHub
Back to top