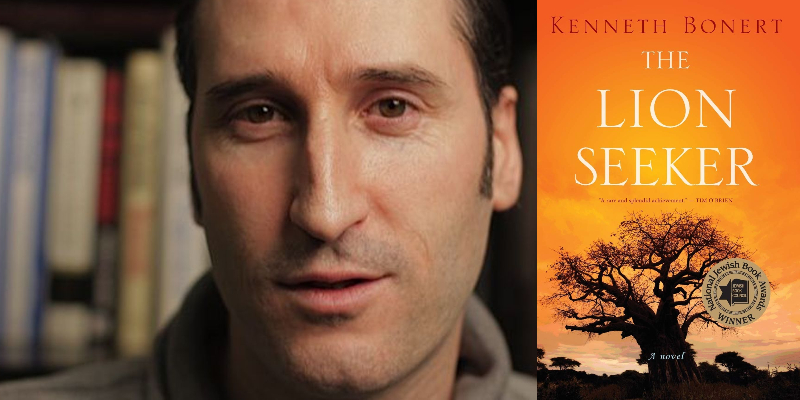 This week on First Draft, Ken Bonert joins Mitzi to discuss his book The Lion Seeker, published in 2014 by Mariner Books.

Mitzi Rapkin: I noticed how unique people spoke in the novel, the way they had of speaking, because that was similar to your life. It’s not like you came from England, where everyone basically talks the same, to this culturally diverse place where the differences between people is in their language and how they act in the world. Was there a moment in your life where you became conscious that maybe that was different than other places?

Ken Bonert: Well, I think in South Africa, growing up in the ’80s, it was a very isolated place. And furthermore, every community was deliberately isolated by the government, obviously but infamously. And the Jewish community that I grew up in was very insular and self-contained. All of my friends were Jewish, the school that I went to was Jewish; on Saturdays I would walk to the neighborhood synagogue and it would be the same friends there. So, it was a very close community. But on the other hand, we did watch American films and have American shows and television, so I was aware that our accent was different.

The interesting thing is—at least this is true from for me—when you start to write, there is a tendency to discount where you come from sometimes. It’s the way that places like New York or Los Angeles seem like where art should be made. An American accent seems like the epitome of high style, and your own accent seems kind of yokely. You know what I mean? It seems kind of laughable that you could make art out of your own background.

But in fact, the opposite is true. I think the more an artist digs into their own roots and the specificity of where they come from, the regional accent, the characters they really know, the stronger the work is in a universal sense—which is kind of ironic because you think that if you make art very, very specific, it will be only for a limited audience. But I don’t think that’s true. I think if you do it well, it has universal interest.

Mitzi Rapkin: One of the things that this diversity leads into and is a theme of your book is bigotry and racism and anti-Semitism. It’s interesting because your main character, Isaac, has some bigoted thoughts toward blacks in South Africa, yet he experiences anti-Semitism, and it doesn’t seem like he quite links it in his brain. I’m wondering if you had experiences like that, or what your experience was writing about that?

Ken Bonert: I thought it was important to be true to the character at that time. South Africa was obviously a very racist place, even when I was growing up in the ’80s, but going back to the ’20s and the ’30s, that’s a whole other magnitude. I mean, white people in South Africa generally, and especially a character like Isaac, would barely regard black people as human. I think I toned down the automatic racist attitudes of the time to some extent. Although at that time there were more radical groups, and that is touched on in the novel with communist affiliations who were already beginning the liberation struggle. But this is a novel about ordinary, working class people; it’s not a novel about those exceptional, politically inclined characters. This is a novel about a working guy, so his attitude had to be in line with that.

At the same time, I did want to introduce the possibility of his growth, and that comes about through the love affair that he has in the novel with somebody from a vastly different social background. It interests me that it’s a very morally complex situation in the sense that you have these Jewish people arriving in Africa, and obviously they are assuming a more superior position in the social pecking order. They are able to be political masters of the indigenous population, but at the same time they carry with them an idea of themselves as being at the bottom of the pack in Europe, where they were marginalized and had tough lives. And so they have an interesting balancing act, and it’s great material for a novel to explore.

Ken Bonert was born in South Africa and is the grandson of Lithuanian immigrants. His debut novel The Lion Seeker won both the 2013 National Jewish Book Award for Outstanding Debut Fiction and the 2013 Edward Lewis Wallant Award. His fiction has appeared in McSweeney’s, Grain and the Fiddlehead. His journalism has appeared in the Globe and Mail and other publications. He lives in Toronto.

On the Language of Nonviolence and the US Criminal Justice System 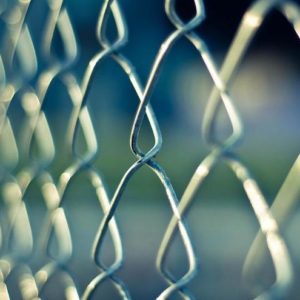 On the Language of Nonviolence and the US Criminal Justice System

“After serving a state prison sentence for a nonviolent offense…” I’ve lost count of how many essays and residency...
© LitHub
Back to top