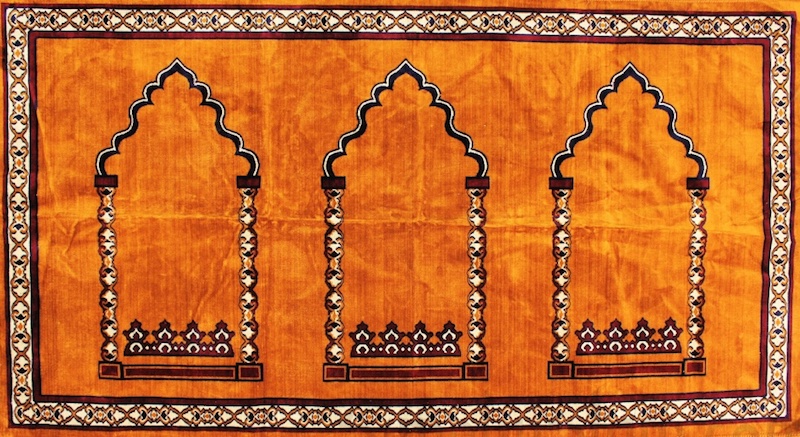 Kaveh Akbar: How I Found Poetry in Childhood Prayer

In the Presence of the Long Faultless Tongue of God

The first poems I ever knew, ever loved, were written in a language I didn’t (and still don’t) understand. Everyone knows Muslims pray five times a day, but when my family came to America when I was two, we streamlined our prayer habits. The five daily prayers became one long prayer to say at the end of the day (we were full of these kinds of new-world workarounds—my mother never ate pork except, secretly, in the form of pepperoni pizza). Once every evening, my father would announce it was time for namaz, and he, my mother, my older brother, and I would assemble to do our wuzu (a kind of pre-prayer ablution), drawing water to wash our faces, our hair, our heads, our arms, our feet. Then, we’d gather as a family in the kitchen or living room or a bedroom to lay out mats and move through the prayers, saying them quietly to ourselves as we cycled through the various postures of devotion.

In my very early childhood, I would just watch my family, mimicking their movements as best as I could. Mostly, their prayers were whispered, barely audible, so instead of sounding like them I focused entirely on moving like them—cupping my hands before my face as if they were full of water, then “splashing” my hands up to my ears, bending at the waist, kneeling, touching my head to my janamaz, my own tiny embroidered prayer mat.

The prayers for namaz were in Arabic, a language none of us spoke. Farsi, our language, uses the same alphabet as Arabic, but as a member of the Indo-European language family, it’s actually more closely related to Portuguese or French. So every day my family gathered together to pray in a language we didn’t understand, to repeat these gorgeous, rending strings of sounds together as a way of building direct channels to God. For most of my early childhood, I just moved through the postures along with my family, listening to their whispered words, watching with reverence and fascination as they knelt and cupped their hands in worship. I remember watching my father, the only one of us who was actually raised entirely in Iran, who seemed specifically marked, fluid, holy in these moments. Before I really even understood the point of the praying, I understood that I wanted to be like him—this poem from my first book, Calling a Wolf a Wolf, orbits that idea:

My father moved patiently
cupping his hands beneath his chin,
kneeling on a janamaz

then pressing his forehead to a circle
of Karbala clay. Occasionally
he’d glance over at my clumsy mirroring,

my too-big Packers T-shirt
and pebble-red shorts,
and smile a little, despite himself.

Bending there with his whole form
marbled in light, he looked like
a photograph of a famous ghost.

I ached to be so beautiful.
I hardly knew anything yet—
not the boiling point of water

or the capital of Iran,
not the five pillars of Islam
or the Verse of the Sword—

I knew only that I wanted
to be like him,
that twilit stripe of father

mesmerizing as the bluewhite Iznik tile
hanging in our kitchen, worshipped
as the long faultless tongue of God.

When I was six or seven, my father decided it was time to teach me to say the prayers on my own. He wrote out the Arabic words using the English alphabet, spelled phonetically, in various colorful inks. He laminated the pages, and every day he and I would spend an hour together sitting on the couch, studying the plastic pages. The line would say “alham dulillahi rabbil alamin, ar rahman ir rahim,” and slowly we would make the sounds together, me leaning up toward my father’s stubbly lips, blissing in the magical music that came from them. We’d practice saying it all together, moving through the postures right there on the old couch, us both laughing at my forgetfulness, growing tired and eventually hungry. It didn’t take long before I had mastered it, could offer 15 minutes of continuous prayer in this gorgeous, mysterious language. I was so proud, and so was my father—it was the exact same language spoken by The Prophet himself.

The poet Kazim Ali writes, “If prayers can make a place holy, then it must mean there’s some divine energy that moves through a human body.” I learned from Kazim that the Arabic word ruh means both “breath” and “spirit,” and this seems absolutely essential to my understanding of prayer—a way of directing, bridling the breath-spirit through a kind of focused music.

This music, this way of hymning directly to God, was my first conscious experience of mellifluous charged language, and it’s the bedrock upon which I’ve built my understanding of poetry as a craft and as a meditative practice. There is no way to divorce my writing life from my spiritual life; that Venn diagram would just be one big circle. Whichever Divine I address in my poems today—love, fear, death, family, God, or anything else—first needs to be courted. I learned from an early age language was a way to court the great unknowables, provided it was charged and earnest and true. It’s irrelevant if I understand consciously exactly what I am saying, only that I say it urgently enough, speak it with enough beauty of breath and spirit to earn a tiny moment of God’s attention.

Kaveh Akbar is the author of Calling a Wolf a Wolf and the forthcoming collection Pilgrim Bell. He is also the editor of a forthcoming anthology The Penguin Book of Spiritual Verse. He is the poetry editor at The Nation, and teaches at Purdue University and in the low-residency MFA programs at Randolph College and Warren Wilson.

Drinking With Stalin on Christmas: An American in Moscow at the Dawn of the Cold War 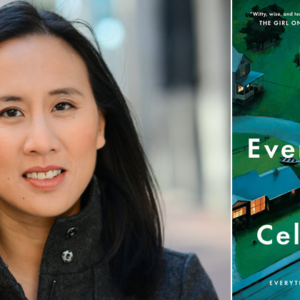 A couple of years ago, I found myself talking with a small group of Asian American women writers about authors and books...
© LitHub
Back to top
Loading Comments...