Katherine Stewart: The Dangerous Rise of Religious Nationalism During the Crisis

On today’s episode, Katherine Stewart, author of The Power Worshippers: Inside the Dangerous Rise of Religious Nationalism, discusses whether or not religion and science are indeed incompatible.

Katherine Stewart: My concern is really not with any particular religious creed. My concern here is with the political movement that often cloaks itself in religious rhetoric and basically uses religion, religious ideology, or theological arguments as a justification for amassing political power.

I mean, in general, are religion and science incompatible? I think that as we’ve seen over time, there are many religious individuals and groups that are utterly compatible with science, but there have also been other groups that have more of a longstanding hostility to certain types of scientific principles, to critical thinking, and to the idea of expertise and insist on a kind of literalist understanding of their holy texts and and deny science when it appears to conflict with their holy texts.

Religious movements are really complicated, and this one is more complicated than most. Because, you know, there’s not one founder of the [Religious Right] movement. The idea of biblical literalism has been with us for a very long time. I think there are many different leaders, political leaders, and religious figures who have had influence in the movement, and I don’t think it started at one point and then disappeared and then reappeared in the present moment. It’s a movement that’s existed and shifted over time throughout history as other religious movements … have shifted through time and have had different figures involved.

I do actually think that some of those earlier figures have much in common with Christian nationalists today, this idea that the United States is a redeemer nation chosen by God and that it should be an orthodox Christian republic in which women are subservient to men. Education is in the hands of conservative Christians. These figures tend to hate public education with what they call government schools, and that no one pays taxes to support the poor and that at some point America has deviated horribly from its mission and has fallen under the control of atheist and liberal elites. This is a cornerstone of today’s hyper-conservative religious right or Christian nationalism.

Katherine Stewart‘s work has appeared in The New York Times, Washington Post, American Prospect, The Atlantic, and other publications. She is the author of The Good News Club, an investigation of the religious right and public education. 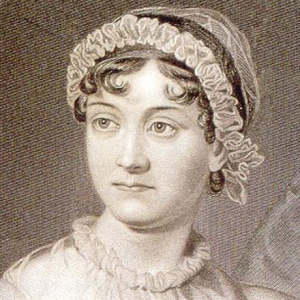 An exercise in anti-mythologizing: on the writers who shaped Vincent van Gogh, from Dickens to Beecher Stowe. | Lit...
© LitHub
Back to top