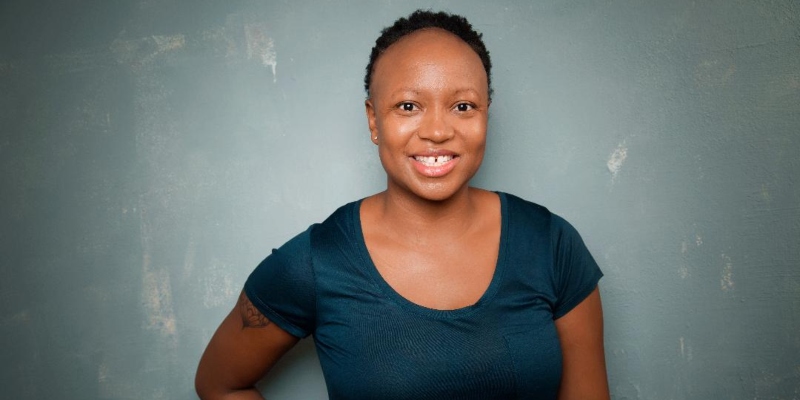 Kashana Cauley: “I Tell Jokes About Things That I Am Angry About.”

Kashana Cauley is the guest. Her debut novel, The Survivalists, is out now from Soft Skull Press.

Brad Listi: But you have had a very, from the outside looking in, varied and successful career. You’ve been able to transition to a creative career with a plum, and I want to track that because I think listeners will be curious, how you did it. You had a lawyer job and then somehow you go from that to having a really funny Twitter feed, to writing for Trevor Noah’s The Daily Show, to Pod Save America. You’re writing for TV out here now. I think there’s a show called The Great North, if I have that right. Can you just talk a little bit about getting from antitrust law to entertainment?

Kashana Cauley: Well, I have a financially and emotionally supportive husband. I think it’s important to tell the truth about that. He can cover a lot of our expenses. I can screw around on the creative side. But to be a writer was something that I wanted to do since I was ten. I wrote bad books when I was ten. I was like, I’m going to write noir and I’m gonna illustrator it and I had no idea what like detectives even were when I was ten.

Brad Listi: That’s where you’re from?

Kashana Cauley: Oh, no way! Where?

Brad Listi: I was born in Milwaukee.

Brad Listi: I grew up in Cedarburg. A little town north. This was the seventies in the eighties, so, you know, I’m old, but it was a lovely. I left when I was 11, so I have like sort of an idealized memory of it, But I am a Wisconsinite. And so, yeah, we’re going to talk about it, but I just wanted to flag that. You’re from Madison. You were at a party and this woman was talking to you about an essay.

Kashana Cauley: And I said, Oh, I can write an essay, even though I’d never written an essay for publication before. I was like, How many words do you need? What’s your deadline? And so I just bluffed my way through that, and then it accidentally did really well. And then people started emailing me to write other essays. And then my third piece was for The Atlantic about growing up in the nineties when Andrew Wakefield was good science and people genuinely believe the MMR vaccine cause autism and like having let go of that way of thinking when I had my own kid.

And nobody, I guess, had written about being an anti-vaxxer back in the day and changing your mind. It got like 800,000 views and the comments sections were insane in like 2016. And then people started writing me for other things and then I yeah, The Daily Show is a DM thing. Like somebody DMed me at like three in the morning on Twitter.

Brad Listi: From The Daily Show?

Brad Listi: Okay, Wait, wait. So you start you start writing these essays. One of the essays goes viral, essentially.

Brad Listi: And you were an anti-vaxxer.

Brad Listi: And then you had a kid. That’s relatable, because I always say I think about people who are anti-vaxxers. I’m like, Do you have children? I’m kind of paranoid about what I put in my body and I sort of get the temperament, but, so many millions and millions and billions of people are vaccinated. I think we would know if it was really fucking people up, like in mass. Right. I don’t know. But anyway, the essay goes viral and then from there, what?

Kashana Cauley: Oh I skipped a bunch of stuff. I started telling jokes on the internet because my son got big enough that he wasn’t putting random things in his mouth. And I was doing short stories. I was freelancing a little bit, but I always want to learn how to tell jokes. That was always a dream of mine. And I had this Twitter account, but I have like 200 people. And so I just decided to throw random jokes at them every day until I got a style I liked, and that ended up being successful beyond my wildest dreams.

Brad Listi: Okay, what’s the style? It sounds like you were systematic about it. How do you how did you do it?

Kashana Cauley: I guess. A lot of my tweets are mean. I really feel like this has been just a banner era for mean comedy. Now people are really depressed about like the late Obama era and then definitely depressed about Trump and if you just woke up in the morning and framed your punch lines in a mean way, people were like, Yeah, yeah, let’s be dicks.

Brad Listi: But yeah, I would say that your moral compass is good. You know, I feel like you’re tweeting from a place of goodness.

Kashana Cauley: Systemic injustice bothers me deeply. As somebody who’s both a victim of it and cannot stand seeing other victims of it. I mean, every once in a while, somebody will just be shafted on pay or a job or unionization or something. That’s the stuff that wakes me up in the morning, gets me angry. I tell jokes about things that I am angry about that are real fissures in American society. I want to joke about them because I don’t want to listen too seriously, like, how would I prefer to receive this information.

Kashana Cauley is the author of the debut novel The Survivalists, available from Soft Skull Press. Cauley is a former Midtown antitrust lawyer and Brooklyn resident. She is a writer for the Fox comedy The Great North, a contributing opinion writer for the New York Times, and a GQ contributor. She’s written for The Daily Show with Trevor Noah and Pod Save America on HBO as well as The Atlantic, The New Yorker, Pitchfork, and Rolling Stone, and has published fiction in Esquire, Slate, Tin House, and The Chronicles of Now. Kashana now lives in Los Angeles. 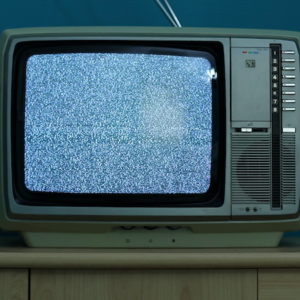 My daughter was born in September of 2021. A month later, Seinfeld came to Netflix. Before her birth, we’d scoured Craigslist...
© LitHub
Back to top