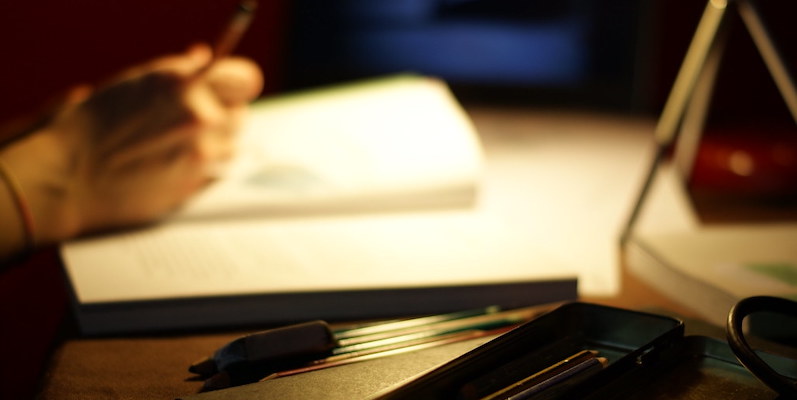 “Perhaps there is no such thing as my writing space except wherever I happen to find myself.”

During my twenties, when I wrote my first three novels, my writing space was not a physical space but a time of day. I was never in one place for more than a few months, each novel written across two or three continents—in a studio while at grad school in Massachusetts, in my family home in Karachi, in short-term rental apartments in London, in junior faculty housing in Central New York. If you’d ask me during those years where I wrote best I would have answered “2 am.”

Two am is a space unto itself, where you’re in Karachi, London or the East Coast, whether in a metropolis or a village. A particular quality of stillness falls, and it’s possible to imagine you are the only person awake in the world, the night emptied of other people’s lives and filled with invention. If you push the writing through to 3 am you’re in danger of resenting daylight, other people, anything that will break the spell.

But because the world does contain daylight and other people, many of whom I want to be around in a social context, and because I live within a body that has its own demands around things like sleeping and eating, it was far from ideal to be so nocturnal a nocturnal writer. Still, perhaps that was the price to pay for writing? I was young enough to believe much of the mythology that had been cultivated around (mostly male) writers and accepted the nonsense idea that my bad habits could be loftily described as some kind of necessary sacrifice in the pursuit of Art.

And then, months before my 30th birthday, I was invited to a writers’ retreat in Italy. At the Santa Maddalena Foundation, I was given a writing studio of my own—a space you ascended into via stone steps along the side of a converted barn, with a massive desk that faced onto a wall of windows that looked directly onto a Tuscan valley, dense with summer green. How could I write at night when that vista would be darkness?

And also, Santa Maddalena so clearly had its own rhythm—the morning coffee with bread and lemon marmalade, writing during the day, lunch followed by a swim and poolside reading in the heat of the afternoon, a little more writing in the evening, then a convivial gathering over dinner. It was too seductive to resist. And so I started to write during the day, simple as that. Two discoveries swiftly followed. One, your brain is more fresh in the morning after a good night’s sleep than it can ever be at 2 am. Two, it is glorious to walk away from your desk at 5 or 6 pm with the thought, “I’m done with work for the day.”

The silence I’m looking for is not so much a quality of sound as a state of mind.

I left Santa Maddalena a different writer, one who knew that not only could I write anywhere, I could also write at any time.  It was a few years before I realized that when I put down one idea of my writing space I had picked up another. Since those six weeks at Santa Maddalena, I have been unable to write unless I’m looking out of a window, or else sitting outdoors. Walls feel enclosing.

And so in these last 20 years I’ve had two primary writing spaces. My family’s home in Karachi in the winter, where I sit outdoors on a plastic garden chair at a table on a patio, garden cats my companions. I place the table to look out onto the stretch of grass rather than facing the house itself. Bougainvillaea to one side, hibiscus to the other. The calls of birds intersect with whatever human noises arise in the neighborhood. In London, I write at a desk facing a window one floor above ground level that looks out onto a busy-ish street—I look away from my screen and there’s a double-decker bus advertising the newest blockbuster movie or an opportunity to buy property or citizenship in some other country. Never mind—it’s a window that looks outdoors; that’s all I require.

Why this antipathy to facing a wall while I write?  Perhaps I need to look out into the middle distance to stop focusing on my immediate surroundings and enter the space of the imagination; perhaps a bare wall ahead of me looks too much like a blank page. And yet, in those 2 am years I often wrote looking at a wall. So, is it just another habit then, this window/outdoor business, a habit that has hung around long enough to feel like a necessity? Perhaps there is no such thing as my writing space except wherever I happen to find myself.

I think back to that Tuscan summer. The reason I was so easily able to write in that studio after my morning cup of coffee was that the quality of silence that I associated with 2 am could be found at Santa Maddalena at any time of day. Close the door of your studio and sit at the great desk and the only interruption for several hours would be a dog snuffling outside, wanting to be let in to sleep at your feet.

Over the years I’ve had to learn to carve out that space of silence rather than expecting to find it waiting for me  in some particular time or location—and now I can access it amidst the bird calls and construction noises of Karachi or the traffic sounds and roadworks of London. The silence  I’m looking for is not so much a quality of sound as a state of mind. You sit down, you enter the imagined world you’ve created, leaving behind the immediate world around you, and you write. That state of mind has always been my writing space, consistent through all the years. It just took me a long time to recognize it.

But please, don’t give me a desk facing a wall. 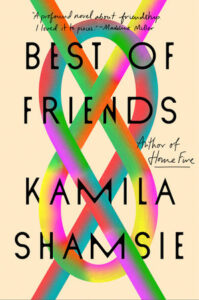 Best of Friends by Kamila Shamsie is available from Riverhead Books, a division of Penguin Random House, LLC. 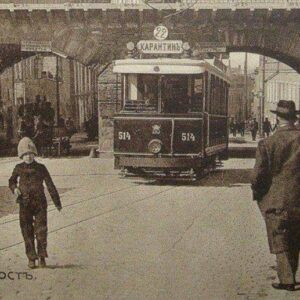 This summer Pushkin Press has brought out an essential selection from my two previous volumes of Isaac Babel’s stories....
© LitHub
Back to top
Loading Comments...