Kiese Laymon: They did Clubber so wrong. I mean, I’m laughing, but it hurts my heart. I feel like that said so much about cinema on a particular trajectory. Because you had to pick. You know, you go into these movies as a little black boy, and you being taught that you’re an American and shit, and Rocky is supposed to be emblematic of the most of American men, the most of American masculinity. And then here comes this motherfucker Mr. T in the beginning of the movie; the movie’s kind of trying to tell you, side with Mr. T. Rocky’s rich. Rocky doesn’t love it anymore. Mr. T in his apartment doing sit ups, pull ups, all that shit. And so theoretically, we’re like, oh, that should be the American hero. But he can’t be the American hero because the motherfucker is black and got a Mohawk.

Mychal Denzel: That’s the thing about the first two Rocky movies—everything that Clubber Lang is in Rocky III, Rocky was. That’s what we was cheering for, exactly what you were just saying. We was cheering for him coming up from nothing, like bare bones and all of this. Clubber Lang does exactly that but in a black man’s body. And with an attitude—like, no, I deserve this. I earned this. But what we’re supposed to do is in this way is be like, well, Rocky was fighting for the right reasons. Rocky was fighting for his own sense of pride and sense of being and belonging and his family and all of this stuff. And Clubber comes in, it’s just him. He’s not thinking about anybody else. He’s selfish. He’s arrogant. And it’s like, no, they got the same story.

Born and raised in Jackson, Mississippi, Kiese Laymon, Ottilie Schillig Professor in English and Creative Writing at the University of Mississippi, is the author of the novel Long Division, the memoir Heavy, and the essay collection How to Slowly Kill Yourself and Others in America. 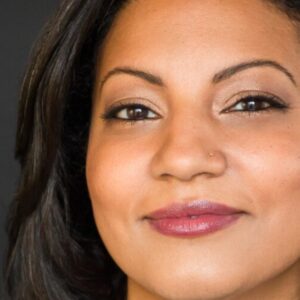