Juliet Escoria is the guest. Her debut novel, Juliet the Maniac, is available from Melville House. It was the official May pick of The Nervous Breakdown Book Club. This is Juliet’s second time on the program. She first appeared in Episode 273 on April 30, 2014.

She also wrote the short story collection Black Cloud, which was originally published in 2014 by Civil Coping Mechanisms. Witch Hunt, a collection of poems, was published by Lazy Fascist Press in 2016.

She was born in Australia, raised in San Diego, and currently lives in West Virginia.

Juliet Escoria: It’s kind of funny why people are so obsessed with categorization and knowing what label to put on things, which seems strange to me. I also feel like we don’t always do that. With poetry, no one asks me whether this is true or not when I wrote a poetry book, but once you have more pages and more words people want to know what it is. I didn’t think about it too much in the moment of it. Writing it seemed like always a novel to me for whatever reason. I think I like reading novels more, and I like writing when I’m telling myself it’s fiction more. All of the facts in the book are true, but it’s certainly a novel. There is too much made up to call it a memoir.

Brad Listi: One of the things that I read you mentioned in an interview was that by writing it as a novel you didn’t feel the pressure on you to create a lesson or a point, which seems to be a feature of the memoir.

Escoria: I might have a closed-in opinion on memoirs—or at least the perception of them—but I do feel like a memoir implies that you learn something. I definitely did learn something by my experiences, but that wasn’t what I was interested in. Writing about what I wanted to write about—what it was like to be a teenager, being completely overwhelmed and not knowing what is going on, and feeling attacked by yourself—was really disorienting. That seemed really interesting to write about. Having some lesson there seemed to erase the point, if I was pressured to put a lesson on it.

Listi: I’ve been wrestling with this myself, and I’m hesitant to be too assertive about earned opinions because they are so fluid. I’ve been trying to write a “memoir” or maybe auto-fiction, but I’m like I don’t want to write another victim narrative where I am the hero and I triumph. I don’t feel like that.

Escoria: At least in my experience of difficult things, it’s not an easy opinion to come around to when you feel different about it in different years. I feel about the treatment that I had—some of it terrible, some of it wonderful—but I think that the majority of the people that worked with me were just trying their best with what they had at the time. Trying to come up with some hypothesis on it seems pointless to me.

Madhuri Vijay on the Outsider's Perspective of the Kashmir Conflict

Roy Jacobsen on the Backbone of Nordic Literature: the Sagas of Iceland 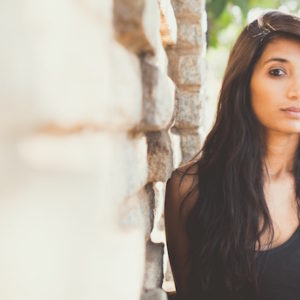 Madhuri Vijay on the Outsider's Perspective of the Kashmir Conflict

Continuing with this month's theme of Chronic Illness and Mental Health, Reading Women Kendra Winchester and Autumn Privett...
© LitHub
Back to top