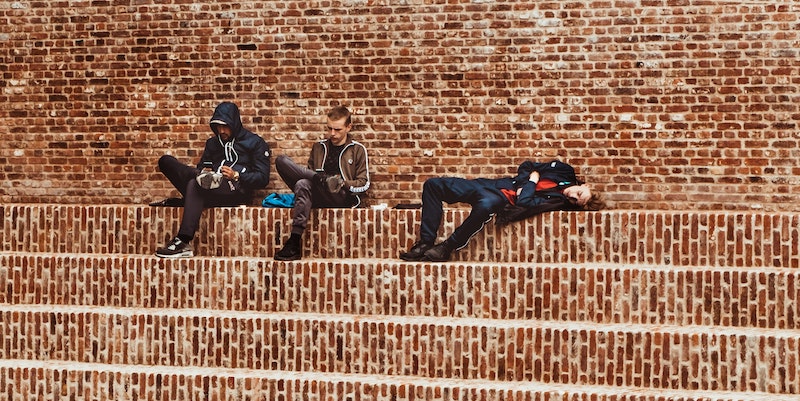 The Problem with Enforced Emotional Ignorance

Male socialization is a mess of mixed messages. Or at least it was for me. Growing up as a young child in the 1970s and a teenager in the 1980s, I was explicitly and repeatedly taught to respect girls and women. But then I’d see men in TV shows, movies, and sometimes real life unabashedly ogle or make sexualizing remarks about women, sometimes even going so far as to suggest that they were “only good for one thing.” I was also routinely told that “women and men are equals” and “girls can do anything boys can do.”

But then, if a girl outdid me in a particular task or, even worse, was picked before me for teams in gym class, the other kids would all laugh. “You got beat by a girl,” they’d tease. Nowhere was this sentiment more blatant than in the way that even the slightest perceived feminine mannerism or interest expressed by a boy would unleash a torrent of epithets, derision, and bullying.

If adolescent girls’ expressions of gender and burgeoning sexualities are largely policed via the threat of slut-shaming, then the policing of boys’ genders and sexualities is often centered on a different “s”-word: “sissy.” I heard that word all the time in elementary school; it implied that the worst thing that a boy could be was “girlish” in any way. During my teen years, “sissy” was largely supplanted by other feminizing slurs that had more sexual overtones. The word “pussy” was often used to shame boys and men by comparing them to female genitals.

Then there’s “faggot,” which people nowadays tend to view in strictly homophobic terms (it denigrates gay men), but when I was growing up, the brunt of this insult was its implication that you allowed other boys and men to dominate and “use” you sexually, much as a woman would. Same goes for the pejorative “cocksucker.” Indeed, the slurs “slut,” “cocksucker,” “faggot,” and “pussy,” in their own ways, all reinforce the idea that assuming the “female sexual role,” and allowing yourself to be “fucked” by someone, is a wholly deplorable act. This is no doubt an underlying source of sexual shame and confusion for many teenagers. It was especially so for me, as someone who ostensibly grew up as a boy who wanted to be a girl.

Not all trans women have boyhoods. Many know that they are girls from a very early age, and these days some girls are able to openly live as such, thereby eschewing male socialization entirely. I, on the other hand, did have a “boyhood” of sorts. When I was growing up, everyone saw me as a boy, so I went along with that assessment, even though I had a sneaking suspicion that something wasn’t quite right with it. While I wasn’t especially masculine in gender expression, I wasn’t overtly feminine either, so I wasn’t sure what to make of the “girl thoughts” I often had.

By the age of eleven, after having explored those thoughts more, it became clear to me that on a deep unconscious level I knew that I was supposed to be a girl, or should be a girl—language utterly fails here. This realization mortified me. I had been taught that the worst thing a boy could be was “girlish,” and here I was literally wanting to be a girl. So naturally, I kept it all to myself; it became my most closely guarded secret. This all happened long before the Internet or any kind of mainstream trans awareness, so I had no language or information to help me make sense of my situation.

Given this lack of knowledge, I initially assumed that my wanting to be a girl meant that I was likely gay. But then my sexual orientation kicked in, and I found myself attracted to girls. So with no other obvious course of action, I decided to follow the path of least resistance: I kept the girl thoughts to myself and tried to fit in as a straight boy.

To this day, I cannot help but wonder how much of adult men’s sexualizing of women has its origins in this inability to speak openly or emotionally about girls during these formative teenage years.

While I don’t think that I was actually a “boy” per se, and would never claim to know what other boys were experiencing (just as I couldn’t know what other girls were experiencing), I was certainly treated as one, so I feel that I can speak to some of the social pressures that adolescent boys typically face, especially with regards to making sense of sex and sexuality.

For me, one of the most stifling of these pressures stemmed from the presumption that being emotional, sensitive, and affectionate are all feminine qualities, and thus should be avoided like the plague for fear of facing the aforementioned feminizing slurs. So, like most teenage boys, I cultivated an outwardly aloof veneer, trying to come across as rational and dispassionate as possible.

But at the same time that I was actively working to repress my emotions, I was dealing with the raw intensity of my first teenage crushes. While my female peers sometimes spoke freely about the feelings they had for certain boys, it felt entirely unsafe for me to do the same, so I once again kept it all to myself. My male peers also seemed cognizant of this potential for sissy-shaming, because whenever the subject of girls came up among boys, the conversation was typically restricted to sexually evaluative quips such as “I think she’s hot,” or “I’d do her.” This type of comment allowed boys to maintain the position of dispassionate observer rather than revealing any emotional investment or interest they may have felt for the girl in question.

To this day, I cannot help but wonder how much of adult men’s sexualizing of women has its origins in this inability to speak openly or emotionally about girls during these formative teenage years.

Another formidable obstacle for me—in both explorations of my transness and my developing romantic and sexual interest in girls—was enforced ignorance. Here’s what I mean: Given that we live in a male-centric culture, girls and women are routinely exposed to and expected to understand male perspectives and experiences. Similarly, most LGBTQIA+ people are quite familiar with straight lives and relationships, as these predominate in our culture, in the media, and so forth. However, oftentimes members of dominant groups are actively discouraged from learning or knowing too much about the corresponding marginalized group. Hence, enforced ignorance.

For example, during my teenage and young adult years—a time when anti-LGBTQIA+ attitudes were rampant—if I was caught reading a gay- or trans-related book or magazine, or if I was knowledgeable enough about LGBTQIA+ people to debunk someone else’s stereotypes, then I would likely face the accusation “What are you, some kind of queer?” In other words, I would be subjected to anti-LGBTQIA+ stigma for knowing too much about LGBTQIA+ people.

Similarly, during the same period, if I had been discovered reading a female-themed book or magazine, or expressed knowledge or interest in subjects associated with girls or women, I would most certainly have faced feminizing slurs and sissy-shaming.

Of course, I would eventually become familiar with female perspectives in adulthood—through reading and consuming women-centered media and art, through intimate discussions with female friends, and ultimately via my own experiences of moving through the world as a woman (this last one is obviously not a viable option for most people who experience boyhoods).

However, back when I was stuck in my enforced ignorance phase, I couldn’t help but develop a mystified attitude toward girls: Since they were seemingly “unknowable” (as a result of said enforced ignorance), my female peers struck me as “exotic,” “alien,” and “fascinating” to a large degree. Such mystified attitudes are evident in the way that men sometimes describe women as “bewitching” or “enchanting” creatures who use their “feminine wiles” to “cast a spell” on them. In contrast, I don’t think I’ve ever heard anyone use reciprocal metaphors of mystification to describe their attraction toward men.

Similar mystified attitudes can be found with regards to genitals and sexual arousal, as many men act as though penises function in an obvious and straightforward manner, yet treat vulvas like some nebulous netherworld that cannot possibly be understood.

There’s an old Steve Martin stand-up joke that goes “I believe you should place a woman on a pedestal, high enough so you can look up her dress.” It’s intended to be a paraprosdokian—a type of joke where the humor is derived from the second part (looking up a woman’s dress) defying the expectations established in the first part (putting women on a pedestal).

But in reconsidering this quote now, I am struck by how it encompasses the two most common outcomes of viewing women as “exotic” and “alien”: Either you worship them as “divine” or “heavenly,” or you reduce them to the status of a “thing” that exists for your enjoyment or entertainment. As someone who spent my teen years desperately wishing I was a girl, I unsurprisingly fell solidly into the first camp. But there are obviously boys and men who fall into the second camp, or who fluctuate between the two. Frankly, both attitudes are unhealthy, as they interfere with relating to girls and women, and seeing them first and foremost as human beings.

Excerpted from Sexed Up: How Society Sexualizes Us, and How We Can Fight Back, by Julia Serano. Copyright © 2022. Available from Seal Press, an imprint of Hachette Book Group, Inc.

Julia Serano  is the author of four books, including the acclaimed modern classic Whipping Girl. Her writing has been published in the New York Times,  the Guardian, TIME, Salon, Ms., and Bitch. Serano holds a PhD in biochemistry from Columbia University. She lives in Oakland, California.

What One American Learnt From Restoring His Family’s English Castle 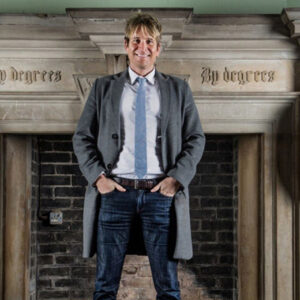 What One American Learnt From Restoring His Family’s English Castle