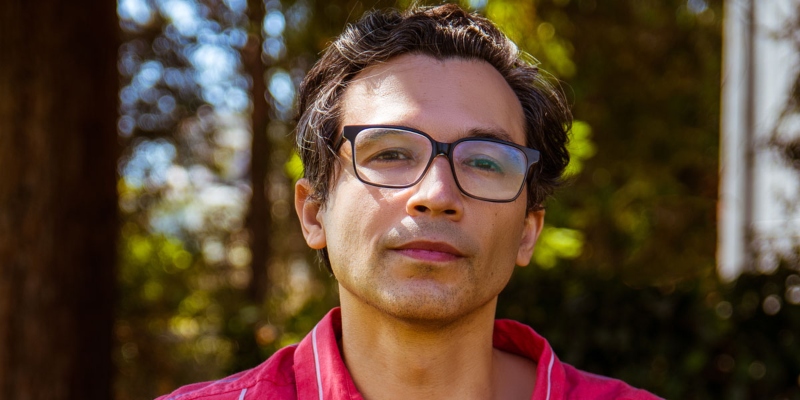 José Vadi on Living through Gentrification in Twenty-First Century California

José Vadi grew up in California’s Inland Empire, but his roots go back to Puerto Rico and Mexico. His abuelo, or grandfather, was an Okie who hopped freight trains west to Nebraska and then on to California, the promised land.

Like many immigrants, he worked for a time as a migrant worker in the salad bowl of California’s agriculturally rich central valley, before settling down in the San Bernardino Valley to raise a family.

Vadi’s second book, Inter State: Essays from California (Soft Skull Press), is an innovative collection of interconnected essays. Each piece appeared elsewhere previously, in slightly different form, but together, they create a prismatic picture of California’s sprawling nooks and crannies—from the agricultural lands to the gentrifying urban culture of the bay area.

Vadi’s routines, including commuting to his old job in San Francisco, are a common thread that weave these essays together. Although they were all written between 2015 and early 2020, as Vadi notes in the afterword, “connecting California, then the COVID-19 pandemic, police violence, and 2020’s record-breaking fire season grabbed and pulled at the seams as hard, quickly and destructively as possible.”

Inter State is a valuable book in understanding the California of today, a state rife with stubborn issues: neo-liberal fantasy-land economics, a housing crisis, an ill-prepared bureaucracy for managing climate change and natural disasters, and largely tone-deaf leaders who may say the right things but who are just as compromised as some of the swamp creatures in Washington, DC.

And yet… Vadi’s book is hopeful. He left the Bay Area for Sacramento and now has more time to write poems, essays, plays, take photos, and skateboard (another undercurrent in the book). He seems to have successfully removed late capitalism as a hinderance to his life, at least for now. His new surroundings in Sacramento have renewed his creativity and purpose. We caught up recently to discuss Inter State and what he’s up to next.

J.C. Gabel: You mentioned the word “routines.” What I loved about the book—and what I think a lot of essay books are missing—is that connective tissue that brings all the stories together. Your routines and the commutes you’re talking about really help the stories flow nicely. I’m also deeply interested in the sense of loss, in that the gentrification-on-steroids—which has certainly gotten worse during the Covid years—is leading to the erasure of all these wonderful places all over the country. It’s almost like most major cities are becoming virtually unlivable for the hollowed-out middle class, which has been going on basically since you were born, since Reagan took office.

I love that you focus on that in the book. It’s not that other writers aren’t tackling this subject, but there’s something uplifting about the way you frame it. You don’t just reach the end of the essay and feel so depressed about the modern world. You find these little pockets of joy. I think to someone walking around San Francisco and Oakland and Berkeley with the mass transformation of the last twenty years, it says something about your perceptions. Am I wrong to assume that you seem like you’re most comfortable being a resident of Oakland?

José Vadi: Very much so. I really love the city of Oakland a lot. The East Bay in particular is very much dear to my heart. I moved from Southern California to Berkeley for college and pretty much stuck around after that. With that comes a certain perspective of the metropolitan area of the Bay. You have this interesting relationship with San Francisco. Like I talk about in the book, it’s very much the place where I go to work, and then I come back to this home that is the East Bay. But I also love San Francisco and the different pockets within the city.

The craziest thing for California—Los Angeles and the Bay Area in particular, and I assume Manhattan is the same—is that these cities become incubators for hypercapitalist policies, whether that’s a new app or a new type of dormitory housing as opposed to multiunit housing. You really start to see yourself as part of a—I don’t want to say “experiment,” because that sounds so conspiracy-theory, but you feel more like a user than a citizen. I tried to paint moments of joy in the book to show that joy is a rebellious act. To find joy and to find happiness within a town that you love, but that is changing in such a way that it just genuinely makes you said… I had to really continuously ask myself, why am I here? Why do I still love these things? Why do I even feel this way?

This book is such an interesting force in my life. Obviously, the act of writing it and having it be published and on shelves is amazing. I don’t take that for granted in any capacity; this is my first book. But by the time the book was released, I moved to Sacramento because I’m priced out of the Bay Area. It’s this interesting full California circle of experiences for me, being a Bay Area resident. In a sense, it makes perfect sense that I would be here in Sacramento but still repping the Bay Area. This book is so much rooted in being an Oakland resident, and I lived there from 2007 to 2021, so I was able to see a lot of those changes.

Something I was talking about with Liam O’Donoghue—he does the East Bay Yesterday podcast—was this era of the mid-aughts. It’s this interesting post-broadband, pre-social-media era of Bay history. You can very much feel and intrinsically know it if you were there, but how do we put that down on paper? How do we put that down in the podcast? That was another challenge for me. How do I historicize myself in this area, and by way of that, this area and the times that I’ve experienced here? A lot of this book feels like the tip of the iceberg. I really appreciate your observations about the book and the way I’m navigating. I wanted this book to be like—it sounds so cheesy, but—a narrative compass. This is how someone can navigate these changing spaces within this home that they love.

The Collaborative Force of Anthologies 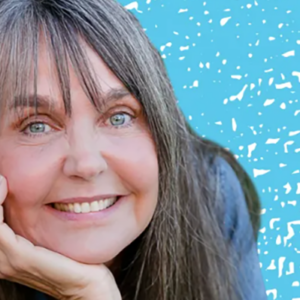 The Collaborative Force of Anthologies