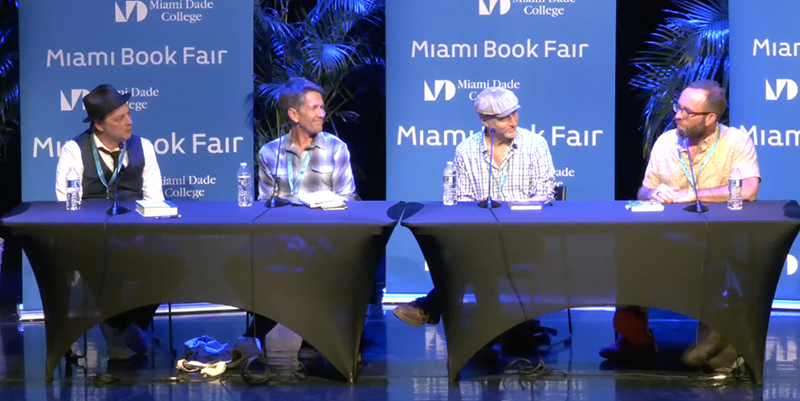 The Miami Book Fair began as a two-day event in November 1984, when a small group of determined individuals—including educators from Miami Dade College, independent booksellers, and librarians—founded Miami Book Fair International. In the nearly 40 years since, Miami Book Fair has grown into one of the most significant cultural events in the region, the most comprehensively programmed book fair in the nation, and an internationally recognized model of excellence. Today Miami Book Fair is both an annual eight-day festival—typically featuring more than 500 authors, 200,000 attendees, 200+ national and international book exhibitors, and a robust schedule of literary, cultural, and educational events, supported by 1,000+ community volunteers—and a provider of a diverse slate of literary-centric programming year-round.

Jonathan Evison‘s Small World is set against such iconic backdrops as the California gold rush, the development of the transcontinental railroad, and a speeding train of modern-day strangers forced together by fate. In exploring their lives and those of their ancestors, Small World chronicles 170 years of American nation-building from numerous points of view across place and time—and asks whether our nation has made good on its promises.

In The Angel of Rome: And Other Stories, Jess Walter tackles the modern condition in a dazzling range of voices, backdrops, and situations. A teenage girl tries to live up to the image of her beautiful, missing mother. A shy 21-old studying Latin in Rome finds himself face-to-face with the Italian actress of his adolescent dreams. And an elderly couple confronts the writer eavesdropping on their conversation.

In Jonathan Ames’s The Wheel of Doll, Happy Doll is a charming if occasionally inexpert private detective. A veteran of both the Navy and LAPD, he supplements his meager income as a P.I. by working at a local Thai spa that offers “special services.” But he’s out of his depth with one violent patron—and then an old friend from his days as a cop shows up at his door with a bullet in his gut.

And in Antoine Wilson‘s Mouth to Mouth, our narrator listens as Jeff Cook, a former classmate, tells him how his life changed course after he resuscitated a drowning man. Afterward, Jeff needed to learn more about him—and as he did, the paths of the two men come together and diverge in dizzying ways, until the novel’s staggering ending.

Jonathan Evison is the author of the novels All About Lulu; West of Here; The Revised Fundamentals of Caregiving; This Is Your Life, Harriet Chance!; Lawn Boy; and Legends of the North Cascades. He lives with his wife and family in Washington State.

Jess Walter is the author of six novels, including the bestsellers Beautiful Ruins and The Financial Lives of the Poets, the National Book Award finalist The Zero, and Citizen Vince, the winner of the Edgar Award for best novel. His short fiction has appeared in Harper’s, McSweeney’s, and Playboy, as well as The Best American Short Stories and The Best American Nonrequired Reading. He lives in his hometown of Spokane, Washington.

Jonathan Ames is the author of I Pass Like Night; The Extra Man; What’s Not to Love?; My Less Than Secret Life; Wake Up, Sir!; I Love You More Than You Know; The Alcoholic; The Double Life Is Twice as Good, and most recently, You Were Never Really Here (adapted into the acclaimed film starring Joaquin Phoenix). He’s the creator of two television series, Blunt Talk and Bored to Death, and has had two amateur boxing matches, fighting as “The Herring Wonder.”

Antoine Wilson is the author of the novels Panorama City and The Interloper. His work has appeared in The Paris Review, StoryQuarterly, Best New American Voices, and the Los Angeles Times, among other publications, and he is a contributing editor of A Public Space. A graduate of the Iowa Writers’ Workshop and recipient of a Carol Houck Smith Fiction Fellowship from the University of Wisconsin, he lives in Los Angeles.

Why Good Photography Should Get Underneath Our Skin and Assault Us 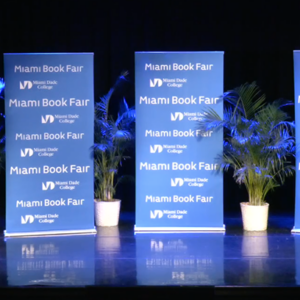 The Miami Book Fair began as a two-day event in November 1984, when a small group of determined individuals—including educators...
© LitHub
Back to top