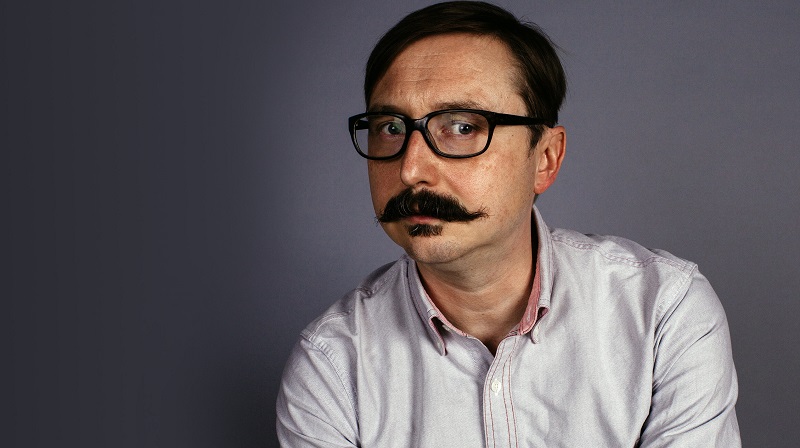 John Hodgman: The Time Everyone Said I Looked Like Hitler

On Being Typecast as a Brutal Tyrant

Not long ago I was still on television sometimes. I was appearing on The Daily Show with Jon Stewart less and less frequently, but I had a lot of guest‑acting gigs on some prestigious shows. I played a variety of mustache creeps: a scheming literary rival; a deranged fan who claims he legally owns an actress whom he has been stalking; an evil FBI agent who interrogates a beautiful young woman and makes her cry; a psychiatrist who pulls his patients’ teeth from their heads because he thinks insanity lives in the gums. He also pulls out the teeth of his own children.

For a while, this typecasting bothered me, and I fought against it. I refused the role, for example, of a man who keeps pregnant women in his basement so he can sell their babies. This role was very upsetting, in part because it had been a straight offer to me. The producers didn’t even need me to audition to know that I was just right, the perfect person to keep women imprisoned in his basement. And apparently they were correct. I was the perfect person, because after I turned them down, the movie fell apart.

I didn’t have to audition for the evil FBI agent either. You have probably seen that show. It’s the one where a woman with a lot of tattoos turns up naked in a bag in Times Square. The woman has amnesia, and no one knows who she is. But she has a large tattoo of a name on her back, the name of the handsome FBI agent who is the other star of the show. This FBI agent is not evil. He is a nice man played by an Australian actor. He has no idea why his name is tattooed on this random amnesiac woman’s back. He doesn’t know her name or history any more than she does. But because he likes the tattooed woman, and because she punches and kicks good, the FBI says, Welp, let’s go ahead and make her an honorary member of this elite law enforcement agency that people train for years to become a part of. Why not?

(Part of my evil FBI agent’s motivation was that this office of the FBI was handling its hiring practices a little. . .haphazardly. And honestly, my guy had a point.)

When I was cast as the evil FBI agent, I had to shave my beard and get a new haircut. The hair‑and‑makeup man who cut my hair was named Craig. He asked me if there was anything he needed to know about my hair.

For a while, this typecasting bothered me, and I fought against it. I refused the role, for example, of a man who keeps pregnant women in his basement so he can sell their babies.

“Yes, Craig,” I said. “My hair is extremely fine and limp, and my face is very pale and round, especially when I only have a mustache. One thing I’ve learned is that, unless you square off my haircut and use a lot of product to give it lift, my hair just flops forward over my forehead, and let’s just say it gets pretty Hitler‑y. Pretty fast.”

“Got it,” said Craig. And he cut my hair and styled it. And when he was done, I looked like Hitler.

“Don’t you think I look like Hitler?” I asked.

Then I went to the fake interrogation room to pretend to yell at the beautiful young woman. This was not the tattooed woman, but her friend. The interrogation room had a one‑way mirror in it, and from time to time I would catch myself in it and get mad. Ugh, I would think. Look at Hitler over there, yelling at that nice woman. Between takes I would finger‑comb my hair back to try to de‑Hitlerize it a little. Then Craig would just sneak up behind me before the cameras rolled and re‑Hitlerize it.

“You don’t look like Hitler!” he would whisper as he finished.

I don’t know why he was doing this to me.

One nice thing about this job was that it filmed only twenty minutes from my home in Brooklyn. Every morning I would drive myself in and park, go inside, do my work, and then drive home again, just like a straight‑up dad. It was wonderful.

One evening, I dropped my car off at the garage near our apartment. The garage attendant, Patrick, smiled and said, “Hey! You look like Hitler!”

“Thank you!”I said, improbably. “That’s what I’ve been trying to tell everyone!”

He looked me over again and laughed. “You really do look just like Hitler!”

OK, now wait a minute, I wanted to say. I don’t look just like Hitler. I mean, Hitler did not wear eyeglasses. And Hitler also had a pretty specific mustache, which is not like my mustache at all. And why are you telling me a second time? The first time you said I looked like Hitler, it might have been out of surprise. You might have been trying to warn me of something I didn’t know. But now you know I do know, and you’re making me feel bad. You know that this is a tipping relationship, right? I give you a gift every Christmas, so maybe just, as a good business practice, don’t compare me to one of the great monsters in history?

Of course I tipped him—extra, in fact. I wanted to thank him for being honest and confirming that Craig was gaslighting me all along. And also, even when you’re only a little bit famous you have to be generous. You don’t want the garage attendant going behind your back saying that Hitler stiffed him.

My time on the show was short. Eventually the tattooed woman tired of me being mean to her friend and shot my character in the chest. I thought that meant the show had to be canceled, but no. Somehow, the show went on without me, and it is now a big success.

Between takes I would finger‑comb my hair back to try to de‑Hitlerize it a little. Then Craig would just sneak up behind me before the cameras rolled and re‑Hitlerize it.

I was very sad that they killed me. I liked my friends on the show, and I liked my commute. It seemed to me that my exit from the show didn’t have to be so final. I could come back somehow. Many other characters on the show who have died later came back as flashbacks, or hallucinations. The creator of the show is a friend of mine, and from time to time I would text him different scenarios in which they could bring Inspector Hitler back.

For example, I wrote, what if my character had been wearing a bulletproof vest, and I didn’t die after all, and when the Australian FBI agent finds me on the ground, he is just a little too. . .you know, Australian. . .to tell the difference?

Another idea. What if the tattooed woman who shot me had dreamed the whole thing? What if, like, there’s a scene where she’s in the shower, and she glances into her armpit and says, “That’s weird. There’s a tattoo in my armpit that I never noticed before. It’s a tattoo of me shooting John Hodgman in the chest.” And that meta‑tattoo proves to her that the whole event is a false memory, implanted in her mind by a mysterious secret organization dedicated to me being alive and still on television shows? 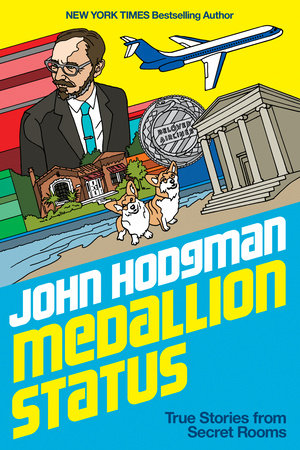 John Hodgman is a writer, comedian, and actor. He is the author of Medallion Status: True Stories from Secret Rooms, The Areas of My Expertise, More Information Than You Require, That Is All, and Vacationland. He is the host of the popular Judge John Hodgman podcast and also contributes a weekly column under the same name for The New York Times Magazine.

What Would a World With Less Work Look Like? 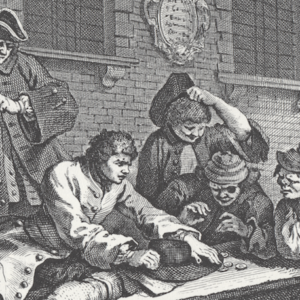 What Would a World With Less Work Look Like?

Perhaps like me you occasionally find yourself scanning the professional autobiographies of other people. Opening the CVs of strangers...
© LitHub
Back to top