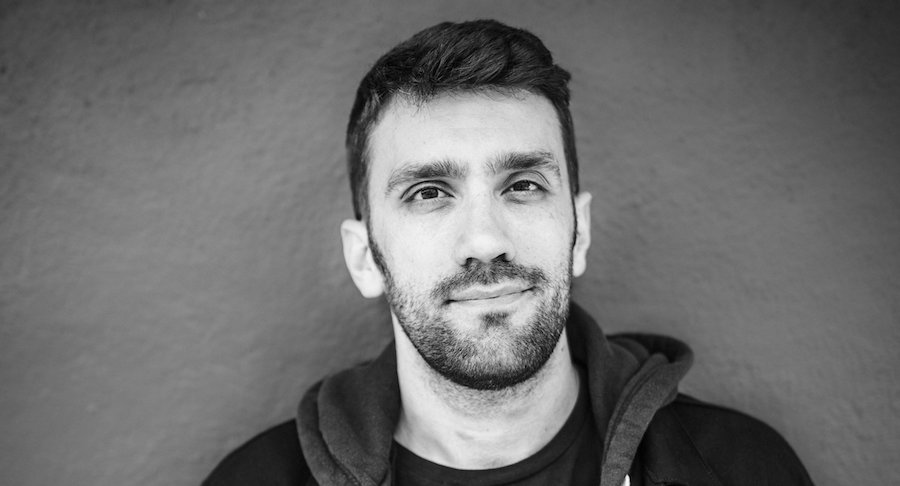 The Author of Such Good Work in Conversation with Peter C. Baker

Johannes Lichtman’s debut novel, Such Good Work, begins as the sweet, sad story of a writing teacher named Jonas struggling to break his drug addiction. The opening chapters, narrated in first-person, are wonderful in their own right, full of close attention to the texture of everyday life, everyday pain, and everyday satisfaction.

But the novel truly blossoms when Jonas takes off for Sweden, his ancestral homeland. He keeps trying to do right by himself––while increasingly wondering what it would look like to also be helpful to others. This question is prompted in large part by the arrival in Sweden of tens of thousands of refugees from the Middle East and Asia.

Teaching English to a group of young migrants makes Jonas grapple with the difference between doing good and feeling good; the relationship between the individual, the national, and the global; and the possible role of the modern writer. All of this intertwines with Jonas’s reflections on (to give just a few examples) the quotidian minutiae of the expatriate experience, the ups and downs of romance, and the social psychology of Swedish laundry rooms.

In the last few weeks, Johannes and I spoke by phone multiple times about the novel-writing process, the porous boundaries between life and art, and the peculiar anxiety that comes from getting what you always wanted. Our conversations have been condensed and edited.

Johannes Lichtman: So, the short answer is because the others weren’t very good. This is the fifth novel I finished. Of the previous four, there was just one that I sent to agents. I got some positive responses, but no one wanted to take it on. And I reread it and was like, “would I even be happy if this came out?” With Such Good Work it just felt different. As I was finishing up, it started to feel like the first four had been practice and now I was doing the real thing. Which was exciting––but also a lot of pressure. For a while I had been, like most writers, living on not very much money and doing a lot of gig work and part-time stuff to get by. It felt like if this one didn’t work, and if no one wanted it, it would be a lot harder to take, and would maybe require some reconsideration of how much time I was dedicating to writing.

PCB: I don’t think it’s a spoiler to say that the book draws heavily on your own experience. The narrator has a name that’s similar to yours. He’s a writer. He’s Swedish-American, like you. He moves from Oregon to Sweden for grad school, which you did a few years ago. And, like you, he starts teaching Swedish to refugees arriving in the city of Malmo. I’m curious about how it feels to be putting a book like that out into the world.

JL: Well, I feel really lucky that I happened to be doing it at a time when fiction like this is fashionable. It’s helpful to have points of comparison that people think are successful. Everyone does ask how much of it is autobiographical. Which I understand. It’s something I wonder when I read Jenny Offill, or Ben Lerner, or Rachel Cusk. But I made up a ton of stuff. If it was a memoir, it would have been very boring.

Before the book came out, I sent it to some people in my life. Which was difficult, especially because the narrator is struggling with drug addiction. A lot of that stuff was made up, and I think some of it is funny. But it’s probably not that funny if you see the main character not as a fictional person but as someone you love. And I can say “hey, it’s fiction”––but that doesn’t really do anything. If a person in your life recognizes real-life details in the book, they tend to assume that everything is real.

I didn’t want addiction to be dramatic, or interesting, or sexy, or romantic.

I was worried about people thinking they recognized themselves in the book and not liking how they came across. But the people who had a harder time were people who didn’t see themselves in the book. Was I not important? Was I not present? Was I not there for you? And of course it’s not that at all. I guess I’m not very good at predicting how the people in my life will react to my writing.

PCB: Speaking of addiction: did you have a specific writerly goal? A particular way you knew from the start that you wanted to approach the subject?

JL: Yeah. I knew from the start that the main character was someone trying to get sober. But I didn’t want addiction to be the primary thing. Because addiction is pretty boring. Jade Sharma’s novel Problems is a great depiction of addiction, and the first line sums it up so well: “Somewhere along the way, there stopped being new days.” So I wanted addiction to be just another obstacle along the way for the character. And I also wanted to be very careful about not glamorizing it––and also not glamorizing the not-glamorizing of it. I do feel like a lot of times authors end up bragging, like “look how bad it was.” I didn’t want addiction to be dramatic, or interesting, or sexy, or romantic. I wanted it to be an everyday problem slowly eating away at the narrator’s life, slowly destroying his relationship with other people.

PCB: You started the book before you moved to Sweden––and certainly before you started tutoring refugees in Malmo. When did you decide to start bringing that part of your life into the book? Was it while you were still there?

JL: Before Sweden, I’d done some work on the first half of the book. I had just general ideas for the second half. I knew I wanted there to be a shift, for the narrator, from the internal to the external. Addiction is so focused on the self: you’re very stuck in yourself and your body, and nothing matters as much as getting your next fix. That’s your preoccupation. So when the narrator gets sober, I wanted there to be a shift away from preoccupation with the self and toward preoccupation with other people. With trying to engage with the world in a positive way, and more specifically with trying to help people. But I didn’t quite know how I was going to do that.

In 2015 I was living in Malmo, a city of about 300,000 that became a point of entry for refugees, arriving primarily from Syria, Afghanistan, and Iraq. That fall over 100,000 refugees arrived in Sweden, so that was no longer some faraway thing that you could just ignore on the news anymore. Or at least not in the same way. You could ignore it, but it was present. And I happened to get involved as a volunteer Swedish teacher for unaccompanied minors, mostly from Afghanistan. When I started volunteering, I was very set that this was not something I was going to write about. Because it just felt wrong. These were 13, 14, 15, 16, 17 year olds. They’d come alone. Some of them didn’t speak any English or Swedish. There was a real power imbalance that it felt wrong to exploit.

I had kind of forgotten that Swedes are incredibly open to criticism about their country.

For a while I stopped writing altogether, because all I was thinking about were these meetings I was having with these young people––which I was convinced it was a bad idea to write about. Later, when I decided otherwise, I had to be careful not to reveal anything specific that anyone had told me. The people I was working with weren’t there to give me material; they were there to learn Swedish. So I tried to be careful: if five young people told me something similar, I could make a composite. Things like that. I’m still not sure how well I succeeded. It was something I set out not to do––but that I couldn’t really stop myself from doing, once I had some distance. I still have doubts about it. I didn’t start writing those portions of the book until I had moved back to the U.S.

PCB: The book is already out in Sweden. I read your piece about the translation process for Lit Hub—but what about the release? Your narrator does a lot of opining about Sweden and the Swedish response to refugees…

JL: Yes, the Swedish publisher wanted to put it out for the fall and Simon and Schuster was really cool about letting them do it. I went over and did some promotion. It was wild. I was nervous—especially because people tend to read the book as thinly-veiled memoir—that Swedish people were going to be, like, “who the fuck is this American telling us what’s wrong with our society? Why don’t you write about what’s wrong with America?” But that wasn’t the reaction at all. It got reviewed really positively in the biggest paper in the country. It also got reviewed negatively––but the criticism wasn’t about my portrayal of Sweden. They just didn’t like me as a writer. I had kind of forgotten that Swedes are incredibly open to criticism about their country. Much more so than Americans.

PCB: What? How dare you!

JL: I know, right? Hard to believe that anyone could be more open to outside criticism than we are.

There was one big surprise for me in Sweden. Drugs are much less a part of mainstream culture than they are in America. Or in most Western cultures. So, for a lot of Swedes, especially Swedes who are a little older––a lot of them have never tried drugs, never seen drugs of any kind. It’s not like in the U.S. where pretty much everyone knows someone whose life has been affected by addiction. So a lot of people I met promoting the book were like, “Are you okay? Are you okay now?” Which was sweet.

PCB: How has your writing life changed now that the book is coming out?

JL: Oh, it’s awesome. Having the freedom to just write. It’s also nerve-wracking. Of course I want the book to do well, in part because I just want it to do well––but also because I’m very cognizant of the fact that this could disappear at any moment. That I could have to go back to copy editing, writing for catalogs, proofreading multiple choice tests. Which was fine. Writers have always had to do other stuff to get by. But I really don’t want to go back to the way I was doing things before. So it’s great and exciting and anxiety-producing, but not in a bad way.

Peter C. Baker is a freelance writer in Chicago and a contributing editor at Pacific Standard magazine.

Maris Kreizman on Working with Her Literary Heroes 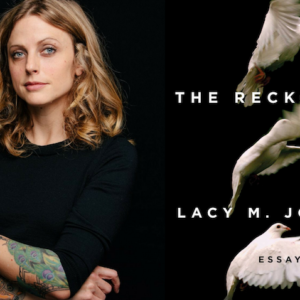