fiction/non/fiction: The Week's News Through Fiction, Essays, and More

This episode’s readings: “How Men Like Harvey Weinstein Implicate Their Victims in Their Acts” by Jia Tolentino · What It Means When a Man Falls From the Sky by Lesley Nneka Arimah · “Virgins” by Danielle Evans · “On Pandering” by Claire Vaye Watkins

“I wanted to know what it does to the artist’s mind to have to navigate that type of landscape while at the same time trying to be good at art.”

“What does choice even mean in this context for this girl?”

“It’s not a sex thing. It’s a sexualization of vulnerability.”

“There is no socially engaged fiction I think that could ignore that dynamic.”

“I was struck by how well the reporting around this situation has captured the long-lasting effects of these encounters with Harvey Weinstein, the long life of the trauma, the way that some of the women describe changing their lives in response to what happened to them.”

“How would I prepare myself for certain kinds of vulnerability or choices or decisions that I didn’t expect to have to make?”

“These guys had an MO that was always repeated. It’s terrifying in that way.”

“Are these women operating under the same logic that Evans’ story describes—there’s no such thing as safer, only safer?” 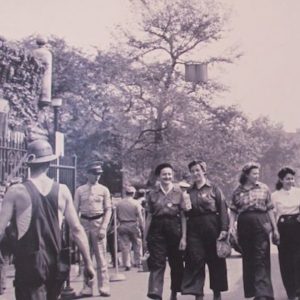 In the spring of 2006, I formed a brief, powerful friendship with a woman named Lucille Kolkin. She was a Brooklynite, like...
© LitHub
Back to top