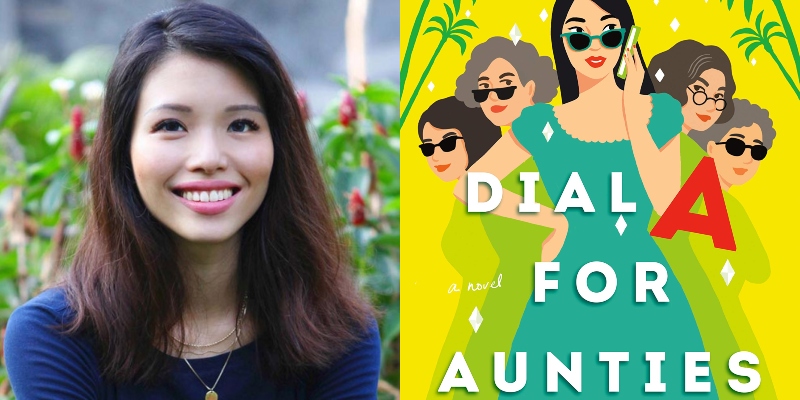 Jesse Q. Sutanto on Finding the Line Between Authenticity and Stereotype

How does an author write her extended family into a madcap romantic comedy and live to tell the tale? Jesse Q. Sutanto, author of Dial A for Aunties, talks with Eve and Julie about the cultural and familial components of her work. They talk about how killing off a (fictional!) blind date gave Jesse the distance she needed to write about her family, why a feast might be forthcoming in a time of emergency, and how Jesse ensured that authenticity overrode stereotyping when she wrote about her Chinese-Indonesian-American family. Jesse, a former wedding photographer, also lifts the veil on the pervasiveness of groomzillas.

Eve: In a note to the reader at the very beginning of the book, you say that as you were writing some of the aunties in the book, you were, and I’m quoting you here, “straddling a very fine line between authenticity and stereotype.” Can you tell us first why you said that, and second how you went about walking that line?

Jesse: So while I was writing it, I stumbled upon a racist meme on Facebook. it was a picture of an Asian kid with a caption—I can’t even remember what the actual words were, but it was something that was making fun of broken English. It really hit home to me. I really don’t want this book to play into that stereotype of Asians speaking broken English, and yet at the same time, I want to stay true to my family. And the reality is that my parents’ generation, because they grew up in Indonesia, they’re not fluent with speaking English. So when they do speak English, it is broken. I was just very concerned that I didn’t want the broken English in here to become a source, like a weapon being used against the Asian community.

Eve: And what did you do in the writing of the book to try to walk that line between authenticity and stereotype?

Jesse: I was so lucky because my editor at Berkeley, she is actually Asian American, and we had a really good talk about this and how to address it in the book. What we decided on was that we would have a lot of scenes where the aunties would be speaking in Indonesian or Mandarin to show that they’re fluent and that they’re very intelligent when they’re not being hampered by having to speak in their third language. And we also show Meddy, the main character who’s kind of grown up in California, struggling to speak Mandarin and Indonesian. And then when she speaks those languages she comes off with the awkward broken phrases, and she’s the one struggling to understand them. We hope that by doing this, we show that just because someone doesn’t speak fluent English, it doesn’t mean that they’re less intelligent in any way.

Jesse Q. Sutanto is the author of the YA thriller The Obsession; the middle-grade fantasy novel Theo Tan and the Fox Spirit; and the debut adult novel Dial A for Aunties, which is being adapted by Netflix into a film. Jesse lives in Indonesia with her husband, her two daughters, and her ridiculously large extended family, many of whom live just down the road.

What You Can See From Here 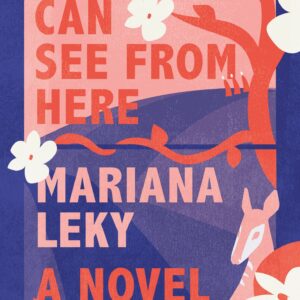 What You Can See From Here

When Selma told us she had dreamed of an okapi the night before, we all knew that one of us was going to die in the next...
© LitHub
Back to top