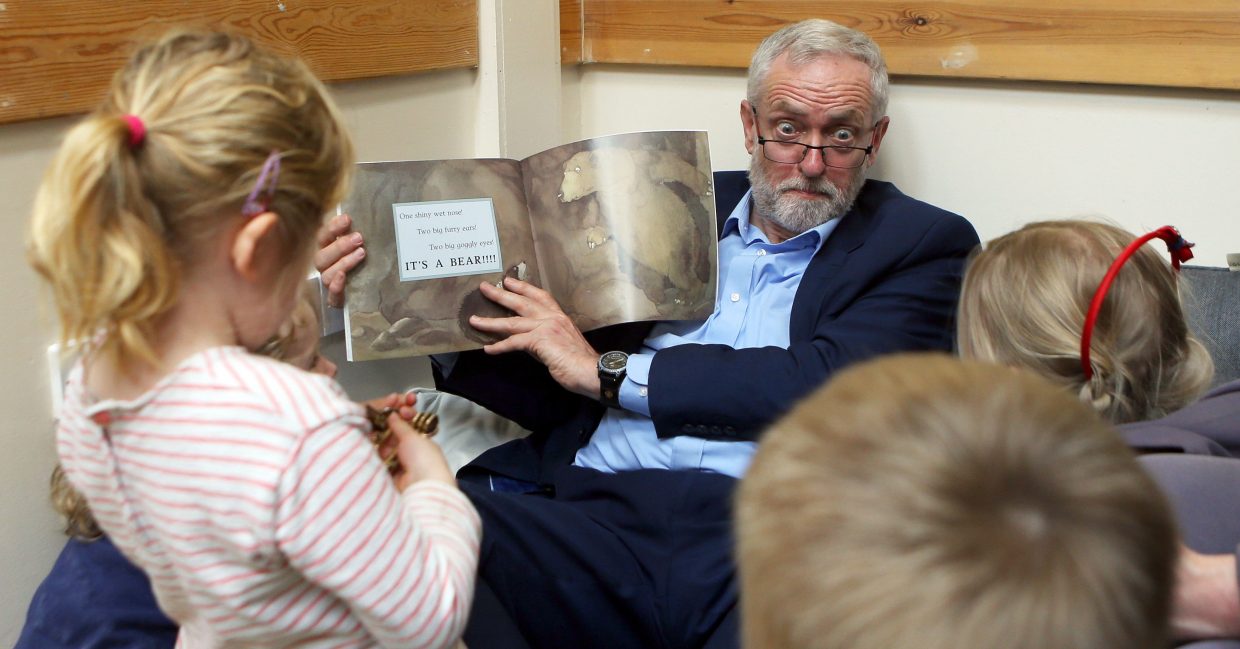 In a press conference in London earlier today, embattled-but-unbowed leader of the British Labour Party, lifelong democratic socialist, and absolute boy Jeremy Corbyn revealed a dossier proving that the US is demanding that Britain’s National Health Service (a remarkable civic institution born in 1948 out of the ideal that good healthcare should be available to all, regardless of wealth) will be “on the table” in talks on a post-Brexit trade deal—undermining Prime Minister/dangerous buffoon Boris Johnson’s claims that the NHS would not be part of any trade talks.

Explosive as this development is, it threatens to overshadow Wednesday’s other significant piece of Corbyn-related news, which is that Jezza has guaranteed that Britain’s libraries will be protected under a Labour government.

As the Guardian reported:

…the Labour leader attacked the Conservatives’ policy on libraries, saying that the party knows “the price of everything and the value of nothing.”

“They’ve closed hundreds of libraries because they don’t recognise, and don’t want to recognise, the lifeline that libraries provide as a free service open to all regardless of wealth,” said Corbyn in an interview with Penguin Books published on Wednesday.

He said that libraries gave him “a fantastic start in life and I want that for everybody.”

“I grew up in a small town in Shropshire. My mum and dad loved books. I became a volunteer librarian at school. I learned the Dewey Decimal system, which I still remember,” he said. “We also had a branch library across the road and I’d go there after school and look at the great big atlases and it was my way of looking at the world, understanding it.”

Whether Corbyn and Labour’s one-two punch of (i) more libraries and (ii) a fair and compassionate society freed from the rapacious tentacles of a particularly cruel and venal Tory cabal will be enough to fell Johnson and Co. remains to be seen, but here’s hoping.