He Loved and Sang and Growled and Celebrated

Jim Harrison was a seer and a rascal. He was a man’s man’s man’s man, meaning he played the part with gleeful abandon, but he knew the dark solo trek of manhood too. A neighbor girl (it’s said) blinded his eye with a broken bottle when he was ten. My own boy cousin lost an eye at about the same age: neighbor boys playing with sticks. It was as though, for both men, the physical loss contributed to an intense clarity of vision,  the power of one eye concentrated and magnified in the one that remained.

I was Jim’s sibling for a time, when Sam Lawrence was our publisher and included all of us in his “family” of writers. Sam published JP Donleavy, Vonnegut, Tillie Olsen and Katharine Anne Porter early on; Richard Yates, Susan Minot, Tim O’Brien, Barry Hannah, Tom McGuane, Jim, and many others. Sam suffered from gout, like Jim, and always referred to Jim as “Harrison, the force of nature.” Sam donated most of his archive to “The Seymour Lawrence Room” at Ole Miss and bought a house in Oxford just across the street from the road to Rowan Oak. He hosted a big party to open the room, and all of us lined up for a group photo. There we were, all dressed up on the playground of literature. Jim, directly behind me, grabbed my haunch just as the flash went off. I’m smiling serenely in the photograph and Jim wears a devilish big brother’s grin.

Sam’s sudden death in January, 1994, orphaned his writers. Jim wrote me soon after that he was driving though a snowstorm at night, felt Sam with him, and saw Sam look in at him in the driving snow pouring against the windshield. “Just saying good-bye,” Jim said.

Jim Harrison’s work celebrates the intricate storm of seasons and lifetimes and appetites; it was as though he engaged on behalf of the human animal—unapologetic, shape-shifting, a genius bear familiar with the black hulk of mortality, besting it with words. We have his books, and Jim has the life he lived, a life that stood up inside all he loved and sang and growled and celebrated.

Jayne Anne Phillips’ works have been translated and published in twelve foreign languages. She is the recipient of a Guggenheim Fellowship, two National Endowment for the Arts Fellowships, a Howard Fellowship, and a Bunting Fellowship from the Bunting Institute of Radcliffe College. She has taught at Williams College, Boston University, Harvard University, and Brandeis University, and is currently Distinguished Professor of English and Director of the Rutgers Newark MFA Program at Rutgers-Newark, the State University of New Jersey.

As Close To Us As Breathing 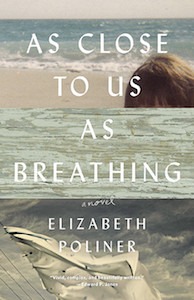 As Close To Us As Breathing

The summer of 1948 my brother Davy was killed in an accident with a man who would have given his own life rather than have...
© LitHub
Back to top