James Patterson is a Bookstore Addict

In Conversation with the Patron Saint of Indie Bookstores Across America

Later tonight, the National Book Foundation will honor James Patterson with the 2015 Literarian Award for Outstanding Service to the American Literary Community. As a bestselling writer and literacy evangelist, Patterson hasn’t been shy about putting up his own money for the cause: last year, he gave away over one million dollars in grants to 178 independent bookstores, and this holiday season he’s giving $250,000 in holiday bonuses to select booksellers. Patterson has also started a website to turn kids into readers called readkiddoread.com, and he continues to give away many thousands of books each year to kids, and to members of the military.

I chatted with the author and philanthropist about these important initiatives, and all that he does for readers in America.

Michele Filgate: It’s quite an honor to interview you; I’m in awe of all that you do as an incredible literary citizen.

James Patterson: Well we’ll try to correct that during this interview.

MF: [laughs] So you’ve become a kind of patron saint for indie bookstores, donating to nearly 200 stores across the country last year, and now this year giving holiday bonuses to hardworking booksellers. Did you have a local bookstore that you frequented as a child?

MF: How did the selection process work for the stores that applied for grants and the upcoming holiday bonuses?

We’re in a period of turmoil that affects booksellers and affects publishers and affects libraries. We’re making a transition now in terms of what’s going to be the balance between ebooks and print books. And then, where are things going to be sold; where are books going to be sold? Will publishers survive? How many of them? How will that work? So all I’m trying to do right now is just draw attention the fact that we are in turmoil and to kind of emotionalize the different factors here. Clearly a lot of people are emotional about their local bookstore. Ironically, a lot of people don’t go in the bookstore, but they like having it there, you know?

I think it’s a hugely important that we have bookstores, certainly right now. It was even a shame that Borders went out of business, honestly. But we need more—I mean, we have a place in Westchester and the nearest bookstore is half an hour, which is just kind of crazy. Even when I was a kid, there were books everywhere; there were books in drugstores, there really were a lot of places you could get books. Not necessarily a huge selection, but they were around.

So that’s one of the problems. And what happens with the bookstore grants and the holiday gift grants is we just draw attention the problem. We get more and more people realizing that there is a problem. It also allows the local bookstores to publicize the fact that hey, we just won an award, or Karen won an award here and is a bookseller. And that’s useful.

MF: What bookstores meant to you over the course of your career, from when you first started to now?

JP: Well, I am an addict. [laughs] I mean, I love bookstores. I love wandering around in them. I don’t tour as much as I used to, and that’s the only thing I miss, is not going in to as many bookstores as I used to. Plus the fact that they’re just not around as much, so it’s harder to find—even in New York City, it’s crazy. There used to be five times as many bookstores as there are now.

I was not a huge reader. I was a good student in high school, but I wasn’t a huge reader, but then I caught the bug—I started writing stories and I loved doing it. And then I started—we lived at that point in Lexington, Mass. and I worked in Belmont, Massachusetts, at a mental hospital there—and I used to go to Cambridge like three times a week, and there were all these used bookstores there. That’s when I started reading like a madman, and it was all serious stuff—I was a literary snob at that point. I just read everything I could get my hands on, and I used to work a lot of night shifts at the hospital (this was McLean Hospital, in Belmont). And that was interesting in itself—like I met Robert Lowell there, he was a patient. In fact I met him two or three times while he was in there. Girl, Interrupted was written about that place even though what the girl wrote is, I think, mostly lies. I think it’s well-written, it’s just not accurate about what was going on there. James Taylor was there—he was writing songs.

But that’s where I really got the bug. It got the point where I was reading six, seven, eight novels, plays, whatever, a week. I was a madman; I still am a madman, but a different kind of madman.

MF: [laughs] My next question was going to be what books you read as a kid that turned you into the writer and reader you are today, but you’re saying it was later on.

JP: I read a lot of Hardy Boys, not that they’re particularly gripping. And that’s, I think, also important in that one of the things I tried to stress. We have my own little imprint of kids’ books here called Jimmy, the mission of Jimmy is that, when a kid finishes a Jimmy book they’ll say, “Please give me another book.” Which I think is hugely important, you know, because a lot of kids go, “I don’t like books.” So if we get them in the habit of, “Oh, I kind of like books. I liked that one, I liked this one, I liked that one.” I just came yesterday from Atlanta, we did a table read for a movie from one of the books, Middle School: The Worst Years of My Life, and one of the reasons some of the actors signed up was that it is about getting kids reading. And it is about the fact in a lot of our schools, there’s no art anymore. And Middle School: The Worst Years of My Life is about a kid who really is a terrific artist, he’s talented as an artist, but because there’s no art in the school he has nowhere to express that, so nobody knows how brilliant he is in a lot of ways. And he’s not terribly interested in what they do want him to learn. That’s a problem that a lot of kids face in school.

MF: So is that part of why you came up with ReadKiddoRead.com in addition to your imprint, to try to foster a love of reading early on?

JP: Yeah, I just think, we do as many things as we can do, and then we try to figure out “What are the things that we’re doing that seem to be working the best?” It was very hard actually to give away grants to bookstores.

JP: You don’t want to go to the bookstore and say, “Please, please, let us give you some money.” Right? It was hard. This thing with the gifts for the bookstore personnel has been easier. The most interesting of all was when we were working to give money with Scholastic to school libraries. We got 28,000 pleas for help in 10 days. You can see the problem with school libraries. And once you get letter after letter after letter after letter, you know, we haven’t gotten new books in eight years, we’ve got no funding from the local school board, we have a library with no librarian, there’s no book in here that isn’t at least ten years old, just a lot of horror stories from school libraries. So we’re going to do that again next year because the need was great, the response was incredible, and it’s a real problem that people aren’t terribly aware of.

MF: You’ve donated hundreds of thousands of books to both children and U.S. soldiers; have you heard from any of the people who have received these books?

JP: All the time. I’ll get letters from an entire class, or a school, or pictures from the school, and then tons of communication from overseas. A lot of these soldiers who are over there, they really feel like they’re forgotten. I mean obviously their families know they’re there, but for the most part—you know, they’re out there. It’s very tough, they’re so far away from home, they feel underappreciated, and they just like the idea that somebody is actually thinking about them. So, it’s a very emotional thing. And emotional things from some of the families of the soldiers.

MF: Who you’ve heard from as well?

JP: Yeah, sure. Flags, I’ve gotten about 20 flags sent from Iraq and Afghanistan.

MF: That’s wonderful. Who are some of your favorite literary citizens?

JP: I’m sure a lot of people are doing things. You know, in almost every library, in schools—one of my best friends is a teacher, an English teacher. I met these two brothers who had been in his classes, and, so I mentioned, I said, “I saw the Spinelli boys,” and he said, “Oh those boys drove me crazy,” and I said, “Well, they told me that you changed your lives and they’re both teachers now.” I think that with a lot of teachers and librarians, they never find out what good works they’ve done. They never find out what literarians they were. But they save lives everyday. So there’s your real literarians. 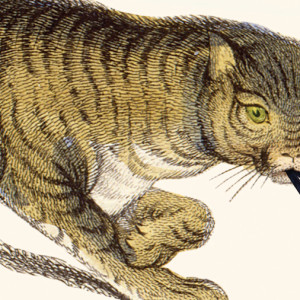 When I read these stories, I really wish I had written them. I am having conversations with these stories, in different ways. I...
© LitHub
Back to top