James Crabtree: What is the Impact of Coronavirus on Technocracies?

On today’s episode, James Crabtree, journalist, policymaker, and author of The Billionaire Raj: A Journey Through India’s New Gilded Age, discusses whether this the beginning of the end for democracy in countries like Singapore.

James Crabtree: Singapore does have a functional democracy. It’s just one where one party has won every single time since the country was independent, but it does have a multi-party democracy and it has elections that are free and fair. I think the difference is more that some of the civil liberties that really vex people in the West, both in the Anglo countries and in countries like Germany, people worry about much less here. So there’s no real anxiety amongst the mass population about things like contact tracing apps and the privacy implications coming with that.

In some of the most successful East Asian countries, not only do you have the fact that Taiwan and South Korea and Singapore have built very competent governments now clearly, in many ways, more competent than those that they were previously inspired by in America and in the UK, but also there’s just less concern about hard protections for civil liberties.

So with something like contact tracing, if the Singapore government decided they were going to make contact tracing mandatory as part of their attempts to normalize the situation, people would accept that without too much complaint, particularly as long as it was temporary and until things were back under control. So I don’t think it’s the end of a form of democracy, but I think that this is a different kind of democracy that you have here, and in some ways, it has been one that has made it slightly easier to fight the pandemic

James Crabtree is an associate professor of practice at the Lee Kuan Yew School of Public Policy at the National University of Singapore. He was formerly the Mumbai bureau chief for the Financial Times.

Nell Freudenberger on Literary Alchemy, the Poetry of Hard Science, and... Ghosts 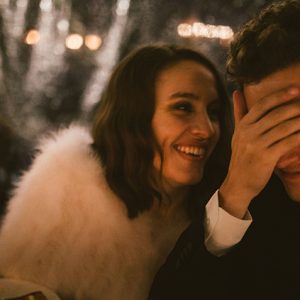 Drew and his wife Dani are sheltering in place, so it's their turn to record an episode (without Christopher) about their...
© LitHub
Back to top