Jamaica Kincaid on How to Live and How to Write

"You can't have too much slutdom, I say."

Today, the brilliant writer Jamaica Kincaid turns 68. Kincaid, I shouldn’t have to tell you, is an Antiguan-American writer known primarily for her novels and her nonfiction (much of the latter about gardening), whose short story “Girl” has been widely anthologized and taught in countless writing classrooms (including several of my own, both as student and instructor). She has always struck me as a fearless, clear-eyed writer, with a pure approach to her craft and an irreverent, passionate take on life. Obviously, we should all be more like her. To mark Kincaid’s birthday—though honestly, this is a gift to all of us, not to her—I’ve collected some of her words of wisdom on how to live well and how best to go about the strange business of being a writer.

Take chances with your art:

One of the things that young people need to know when they go into writing is that they ought to stop writing these stupid books that please people. They should write as if they might fail at it. To succeed at something mediocre is worse than to fail at something great. From a 2013 interview with Kate Tuttle

Don’t spend too much time on social media:

I plan to never know how to use these things. Life is too short. From an interview with The Huffington Post

You know, eventually, all these questions about political arrangements come down to how much stuff you want. I just ran into a couple a little bit older than me, and they’d moved from Boston to Maine, and they had to move their stuff, and they said you know we have all this stuff that we’ve collected over the years. We threw out a lot, but there’s still a lot that we just couldn’t part with, so we put it in boxes. We figure when we die, the children can throw it out. And I mean, that’s the thing, you just end up with shit! That’s what we guard. That’s all we do! We guard our shit, and we kill a lot of people so we have a lot of stuff our kids can throw out when we die. It’s sad. From an interview in Guernica

I hate taking life seriously, because there’s time enough for seriousness. What is death if not serious, and that seems to last forever. From an interview with The Huffington Post

The thing that I am branded with and the thing that I am denounced for, I now claim as my own. I am illegitimate, I am ambiguous. In some way I actually claim the right to ambiguity, and the right to clarity. It does me no good to say, “Well, I reject this and I reject that.” I feel free to use everything, or not, as I choose. I was forced to memorize John Milton and that was a very painful thing. But I’m not going to make myself forget John Milton because it involves a painful thing. I find John Milton very beautiful, and I’m glad that I know it. I’m sorry that the circumstances of how I got to know it were so horrid, but, since I know it, I know it and I claim every right to use it. From an interview in The Missouri Review, 2002

Be wary of blind ambition:

Don’t worry about what other people think:

I don’t seem to care what people think. I write—from the time I started writing I’ve been writing the same way. And people have been saying the same shit about it: “She’s angry. The sentences are too long.”

My first short story is one sentence, 300 words long. My writing has always been criticized for this, this, this. I think that people just think, “Why the hell won’t she stop it? We’ve told her we don’t like it. She keeps doing it.”

That’s the way I write. It’s never going to stop. And the more it makes people annoyed the more I will do it. And it’s actually really good writing. I’m a good writer. They should just say that: “She’s a great writer.” I am.

I’m sorry. From an interview with The American Reader

Figure out how not to write crap:

The thing about writing in America—and I just recently understood this—is that writers in America have an arc. You enter writing as a career, you expect to be successful, and really it’s the wrong thing. It’s not a profession. A professional writer is a joke. You write because you can’t do anything else, and then you have another job. I’m always telling my students go to law school or become a doctor, do something, and then write. First of all you should have something to write about, and you only have something to write about if you do something. If you just sit there, and you’re a writer, you’re bound to write crap. A lot of American writing is crap. And a lot of American writers are professionals. Writing is not a profession. It’s a calling. It’s almost holy. From an interview in Guernica

Do the best you can, every day (but nothing is simple):

Someone who knew me well once accused me of being unromantic. And that’s probably true: I don’t trust romance. I am always reminded of A Midsummer Night’s Dream; I saw a production of the play as a child, and I think of Tatiana’s falling in love with an ass, which was all very romantic. I think that influenced my view that romance is false, that the thing we call romance is a diversion from something truer, which is life. Life has a truth to it, and it’s complicated—it’s love and it’s hatred. Love and hatred don’t take turns; they exist side by side at the same time. And one’s duty, one’s obligation every day, is to choose to follow the nobler one. And if the nobler one is something one can’t pursue, then the lesser, the ignoble one, is what is left. It’s there. It’s present. There are things that make us choose, on certain days, on certain nights, the opposite of love, in all its variations. But I want to acknowledge that with love and hate it’s not simply one or the other. It’s at least two, three, four, five different emotions existing at once, side by side, a broad spectrum of things alive. From an interview in Guernica

Become a slut (if you want):

It’s not that I took [my mother’s] advice [to not become a slut]. I didn’t have a chance of becoming a slut. My mother absolutely ruined sex for me. If only, is what I now say to myself, as I am so old, if only I had become a slut. It seems to me a slut is a perfectly enjoyable way to go through life. You can’t have too much slutdom, I say. From “Jamaica Kincaid on writing, her life, and The New Yorker” at the Chicago Humanities Festival

Live to do what you love:

Imagination is important (so stop asking if things are autobiographical):

You know what’s wrong with readers is that they’ve begun to confuse writing with the things they see in People magazine. But I wish they would reserve some of themselves for not wanting to know the kind of things they want to know. Read the book and then close the book. Any answer a writer may give them about the origins of the book and the author’s real life will ruin their imaginations. It’s very important part of a healthy person’s life, an imagination. From an interview with Bookish

Don’t worry about what other people think, take two:

I could never write with a reader in mind. I tell my students that all the time. If I want to do anything with people in mind, I would become Mitt Romney, my favorite person to say mean things about. What’s the point of doing something like this—writing, or making something—if you’re going to have people in mind? From an interview with Mother Jones, 2013

An Affair Before the Earthquake

Remembering My Father Through My Favorite Beatles’ Song 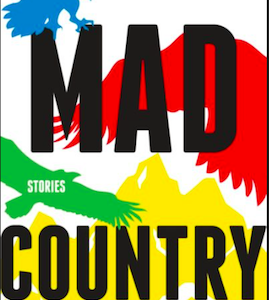 An Affair Before the Earthquake

The earthquake was yet to come. She promised him before she left for America that she would return in two years, and they’d...
© LitHub
Back to top