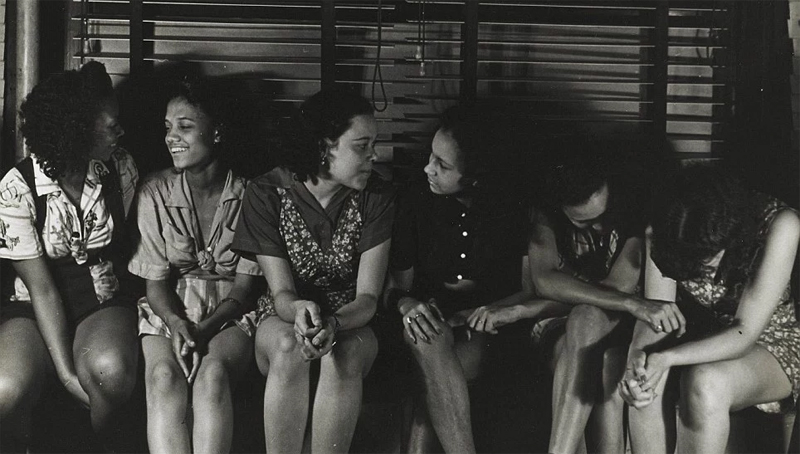 Jacqueline Woodson on Brooklyn and the Brilliance of Black Girls

The Author of Brown Girl Dreaming in Conversation with Bethanne Patrick

Jacqueline Woodson is justly beloved for her many YA novels, but particularly for Brown Girl Dreaming, which—though universal in its appeal to a wide audience—has been hugely important for young readers of color. Woodson has a singular talent for balancing hopes (and, obviously, dreams) with the harsh realities of everyday life faced by far too many Americans.

Woodson’s new novel Another Brooklyn is her first non-YA book, a paean to the 1970s Bushwick of her childhood where families might be well off, or down and out, united mostly by race yet more or less content with life. It’s a beautiful book written in poetic scenes that tell the story of a girl named August and her three friends Sylvie, Angie, and Gigi as they navigate their way to adulthood.

It’s best to listen to Woodson say more. I spoke to her by telephone from her Brooklyn home (she’s no longer in Bushwick, although she goes back often to visit family there).

Jacqueline Woodson: I was mainly talking about Bushwick at a different time, to pay homage to the people who lived there, the people who lived there before Brooklyn neighborhoods became cool, became hip. Those people who lived in Bushwick in the 1960s, 1970s, 1980s—they were fully human beings. They were part of that place, but some of them, like my character August, also wanted more beyond that place. Once she finds her girlfriends, she also finds Another Brooklyn, a place in which she has such a secure sense of belonging that’s like a real home to her.

BP: How is this book different from your others?

JW: As with all of my books, I wanted to think about—and have others think about—who’s telling the story, what this story is trying to tell, and to whom it is directed. The answer? To black girls, to the things that we black girls survived, and to the ways our brilliance is recognized, even when there was no mirror for it. I’ve tried to address those things in all of my books, but in this one specifically I was answering a big question: What am I going to do about this? What am I going to do about a time of my life in which the brilliance of black girls had no mirror? Without apology, without excuse.

What am I going to do about a time of my life in which the brilliance of black girls had no mirror?

BP: It’s a book about community with almost no white people in it, which seems to me a rich and wonderful thing.

JW: If I had had the white gaze in this book, or dialogue with white characters, it wouldn’t have been about these black girls and their realizations. It wasn’t relevant. As a writer who has most of her stuff geared towards young people, I knew that it was important that this book come from an adult perspective, because I wanted to be more implicit in this place—to write a book where an adult looks back on her liberation from childhood.

BP: Since you grew up in Bushwick at the same time as your characters, I think it’s relevant to ask if there’s anything autobiographical in Another Brooklyn.

JW: What’s most autobiographical is the character of Bushwick—everything from the music on the streets to its energy. When I was writing this book I was watching Bushwick being “discovered,” and all I could think was, “We were always here. Always.” Of course, there were some incidents from my own history, like the 1977 blackout, that I used my experience to mine, but what I was trying to show was deeper than one person’s history could explain.

BP: Which matters more: The content? Or the poetic means of its telling?

JW: I get very frustrated with writers who care more about one or the other, I mean style versus substance. I was very intentional about the form I used because it speaks to the urgency of the story, to the pain of August’s memories, to sharp moments that are epiphanies—but I didn’t simply choose the form for its own sake, any more than I chose August’s story for its own sake. I wanted to explain something, to explore something, to try and heal something.

I was very intentional about the form I used because it speaks to the urgency of the story, to the pain of August’s memories, to sharp moments that are epiphanies.

BP: Your protagonist August has grown up to be a necrologist, a person who studies rituals of death around the world.

JW: The final “death fact” August shares simply blew my mind. It’s about a culture in which a burial site for a child is prepared just as the child is born. Sometimes a book knows more than you do about what it’s trying to say.

BP: What is this book trying to say?

BP: And that’s connected to her “girls.”

JW: How do women grow up and not have their girls? Women’s bonds with their friends are so different and so powerful. One of the things my book asks, through August’s experience, is: How do you go home again if you have no home to go to?

BP: At the beginning, when August does go home, her brother who has followed their father’s Nation of Islam path, who picks her up.

JW: Her brother is the constant reminder that, even when your “home,” your girlfriends, your tribe, have gone, that there is care in the world. What’s important about that is, as you move forward, if you are cared for, you can retain your memories. No one can take your memories away from you. You can compartmentalize them and hold on to them until you find specific places where they make sense to you; that’s the process August is in.

JW: She does, she does. You know, that’s one of the reasons her brother is still in Bushwick and August has left. You need parents as a foundation, but at the end of the day it’s your friends who teach you how to leave, how to fly, your friends who can tell you “You made it,” because they also had dreams that didn’t involve home—“home” being what your parents chose, whatever their definition of success is. The individual has to make different choices, and that’s a healthy thing. It’s about moving beyond where you started.

We don’t talk enough about girls in relation to other girls. It’s really important to write down their stories. To learn from those stories.

The Legend of Jesse Smoke 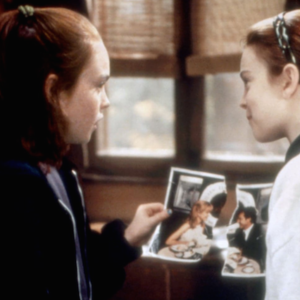 One way to use coincidence and make it work is to have nothing turn on it. Coincidences feel illegitimate when they solve...
© LitHub
Back to top