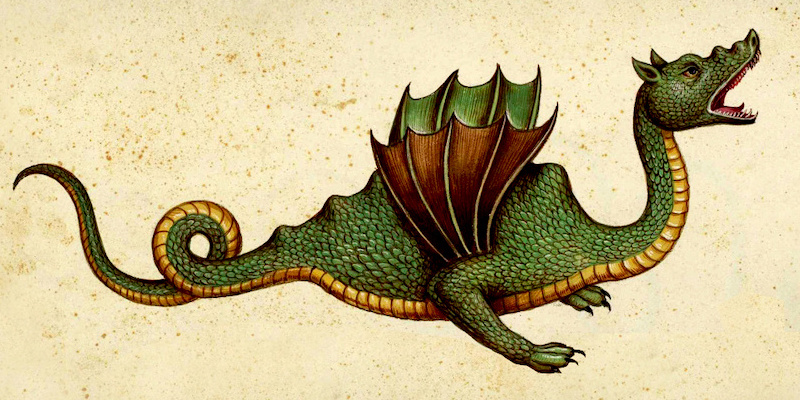 In the premodern world, dragons were a global phenomenon. Attested in every environment from the frigid north to the sweltering south, these monsters inspired epic stories of heroism and strange tales of peril throughout Europe, Scandinavia, and North Africa, and across the vast expanses of Asia. They were, however, a late arrival in the Americas. To be sure, the ancient cultures of Mesoamerica worshipped a supernatural feathered serpent known to the Aztecs as Quetzalcoatl, who combined the physical characteristics of a bird and a rattlesnake.

Central to the pantheon of Mesoamerican religions, Quetzalcoatl was the god of rain and winds who created the world and humankind, but this deity bore only a superficial resemblance to the dragons of the ancient cultures of Europe and Asia. Even so, for a small window of time at the dawn of modernity, the Americas boasted their very own dragons.

Toward the end of the 19th century, people living and working in remote corners of the western United States reported harrowing encounters with these large winged reptiles. Local newspapers printed breathless accounts of these episodes for a few short decades before the encroachment of human settlements and the development of modern technologies drove the American dragon into the realm of myth and fantasy.

A Monster of the Air

Thomas Campbell and Joseph Howard, two wood‑choppers working in the timber five miles northeast of Hurleton, California, inform us by letter of a singular creature they saw flying through the air last Friday afternoon. They write: “About four o’clock Friday afternoon last, while at work, we were startled by the sound of many wings flapping in the air. Looking up, we perceived passing over our heads, not more than forty feet above the tree‑tops, a creature that looked something like a crocodile. It was, to the best of our judgment, not less than eighteen feet in length, and would measure two feet across the body, from the head to the tail a distance of probably twelve feet. The tail was about twelve feet long and tapered from the body to a point probably eight inches wide. The head was in the neighborhood of two feet in length and the jaws (for its mouth was open) could not have been less than sixteen inches long. On each side of the body, between the head and the tail, were six wings, each projecting between eighteen inches and two feet from the body. As near as we could see, these wings were about fifteen inches broad, and appeared to be formed similar to a duck’s foot. On the under side of the body we counted twelve feet, six on a side.”

Mr. Howard fired one barrel of a shotgun at the monster, and writes: “It uttered a cry similar to that of a calf and bear combined, but gave no sign of being inconvenienced or injured. In fact, when the shot struck, we heard the bullets rattle as though striking against a thin piece of sheet iron. The object was also seen by a number of Chinamen working near us, who were badly frightened and fled to their cabins.” This is the first time we have ever heard of such a creature as this; but our informants are reliable men, hence we cannot doubt their statements.  –Gridley (Cal.) Herald.

A winged monster, resembling a huge alligator with an extremely elongated tail and an immense pair of wings, was found in the desert between the Whetstone and Huachuca mountains last Sunday by two ranchers who were returning home from the Huachucas. The creature was evidently greatly exhausted by a long flight and when discovered was able to fly but a short distance at a time. After the first shock of wild amazement had passed, the two men, who were on horse‑ back and armed with Winchester rifles, regained sufficient courage to pursue the monster and after an exciting chase of several miles succeeded in getting near enough to open fire with their rifles and wounding it. The creature then turned on the men, but owing to its exhausted condition they were able to keep out of its way and after a few well directed shots the monster partly rolled over and remained motionless.

The creature was evidently greatly exhausted by a long flight.

The men cautiously approached, their horses snorting with terror, and found that the creature was dead. They then proceeded to make an examination and found that it measured about ninety‑two feet in length and the greatest diameter was about fifty inches. The monster had only two feet, these being situated a short distance in front of where the wings were joined to the body. The head, as near as they could judge, was eight feet long, the jaws being thickly set with strong, sharp teeth. Its eyes were as large as a dinner plate and protruded about half way from the head. They had some difficulty in measuring the wings as they were partly folded under the body, but finally got one straightened out sufficiently to get a measurement of seventy‑eight feet, making the total length from tip to tip about 160 feet. The wings were composed of a thick and nearly transparent membrane and were devoid of feathers or hair, as was the entire body. The skin of the body was comparatively smooth and easily penetrated by a bullet. The men cut off a small portion of the tip of one wing and took it home with them. Late last night one of them arrived in this city for supplies and to make the necessary preparations to skin the creature, when the hide will be sent east for examination by the eminent scientists of the day. The finder returned early this morning accompanied by several prominent men who will endeavor to bring the strange creature to this city before it is mutilated. 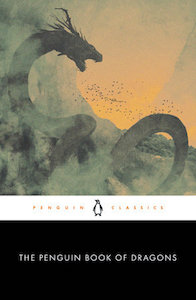 Scott G. Bruce is a professor of medieval history and the director of the Center for Medieval and Early Modern Studies at the University of Colorado, Boulder. An expert on medieval monasticism, he has written two books about the monks of the abbey of Cluny. He worked his way through college as a grave digger.

On Teaching at the End of the World 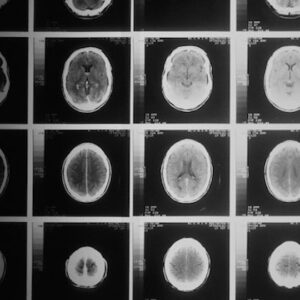 Neurologist Rajendra Kale wrote in 1997 that “the history of epilepsy can be summarised as 4,000 years of ignorance, apprehension...
© LitHub
Back to top
Loading Comments...