“It Turned Out That It’s Possible.” Lejla Kalamujić on Being Openly Gay in Sarajevo

Lejla Kalamujić is the guest. His new book, Call Me Esteban, is out now from Sandorf Passage (tr. Jennifer Zoble).

Lejla Kalamujic: I realized that I am a lesbian when I was 20 years old. It became an issue, because with the war and after the war, many things changed. People, religions. Suddenly religions became so important for the people, and we know what religion says. So I didn’t actually know anyone that was openly gay in Sarajevo in that time. I was trying to find out from some people, but they were not openly gay. People just were saying about them that they were gay. I was concerned and I was really worried that somehow—it is part of my madness—but that somehow life will make me live in a way I don’t want to live. Because when I realized, in the first moment it was relief for me.

But in another, I felt like I was alone. I didn’t know other people who were gay. All people around me, they were hetero or straight people. And my future, in that context, was worse than a war for me. I was afraid that I would not be able any time in the future to find a true love, that I would have to be in some relations with a man I don’t want. So all of that was also a part, maybe even a trigger, for that breakdown.

And now things are different. It’s not easy. It’s not easy. But things are changing. Now, I’m openly gay. I am openly gay here in Sarajevo; everybody knows. It turned out that it’s possible, and it was also a big relief for me. But in that time, almost two years ago, I really I thought I was the only one.

*
Lejla Kalamujic is an award-winning queer writer from Bosnia and Herzegovina. Call Me Esteban received the Edo Budisa literary award in 2016 and it was the Bosnian-Herzegovinian nominee for the European Union Prize for Literature in the same year. 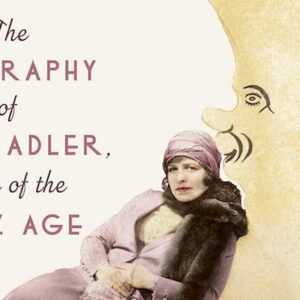