Is There Such a Thing as an Ethics of Cosmopolitanism?

Martha C. Nussbaum Goes All the Way Back to Cicero

Human beings are social beings. The fact that we are capable of interacting with one another through speech and reason, and that we are in a deep sense interdependent and interactive beings, means that we are moral fellow citizens, in the sense that any world citizen’s harm can be grasped by any other, and can move another to appropriate action. Ignorance, distance, obtuseness, and various artificial distinctions separate us. But our human capacities are such as to make us members, in principle, of a global moral community.

Any child might have been born in any nation and spoken any language. Events in other nations are comprehensible to us as human events, affecting members of our species. Our moral concern, our enthusiasm, and our compassion are frequently, if unevenly, aroused by events in other regions. Each child who is born, is, as Kant says, therefore not just a little worldly being, but also a little world citizen (Weltbürger).

But if this was so in Cicero’s time, it is true in our time in a much more urgent sense. In our time, the peoples of the world have both communicative and causal links that are far tighter than any even Kant could have imagined. We can be in touch with people in India, Africa, and China at the press of a button. Networks such as the international women’s movement may forge closer and more intimate links than many people have with their own relatives, and certainly their fellow citizens.

Nor can we comfort ourselves with the thought that our actions have consequences only in a narrow sphere. The gasoline we use affects the common atmosphere; our decisions about childbirth affect global population; our domestic health policies influence the global spread of AIDS and other deadly diseases.

Moreover, national sovereignty around the world is increasingly being eroded by the growing global power of multinational private institutions—especially corporations and nongovernmental organizations—to which we contribute in countless ways through our daily choices as consumers. When I drink a Pepsi, I have an impact, however slight, on the living conditions of workers in Mumbai. When I buy a pair of running shoes, I support factories in other nations that are likely to use child labor. Countless choices I make as a consumer support dictators who get rich from rare natural resources and use their global advantage to tyrannize their people.

In this world of constant and complex, frequently hidden, causal interactions, there is no posture of moral safety. Even by boycotting all businesses that are involved in child labor abroad (a stratagem that has always seemed to me morally smug and ultimately quite unhelpful), I am having some kind of an impact on the lives of those children. Most often, given the diversity and complexity of corporations and their subdivisions, I will not even see the connections in which I am implicated, and thus I will not be able to steer clear of moral connection even were I to try.

Even by taking up a rural life of self-sufficiency and domestic production of all necessities, I would really not be failing to interact with people in other parts of the world. (Had Gandhi’s khadi movement had widespread success, it would have greatly influenced the Indian economy, and, through that, all of India’s trading partners and foreign investors.)

As citizens we participate in the making of policies that affect migrants’ lives, welcoming them or turning them away.

Our connectedness becomes deeper when we consider migration: the floods of people seeking asylum from political disasters in Syria and Latin America, and from human rights violations in many parts of the world; the more chronic flights from poverty and crime in Latin America and Africa. As citizens we participate in the making of policies that affect these people’s lives, welcoming them or turning them away. Grotius’s radical idea of the earth as common property is not accepted today (even he did not articulate it with any precision), and migration is the source of some of our fiercest political struggles.

Since all this is true, we have far more immediate and compelling moral reasons than Cicero’s readers had to endorse his moral starting point: we are fellow citizens, bound by a common set of moral concerns. For it seems that a sufficient condition of moral concern is causal impact: if what I do to B materially affects B, I must consider the morality of these actions. Thus the Ciceronian / Grotian tradition, radical and highly controversial in its own time, has now become the necessary starting point for all reflection about morality in an era of rapid globalization.

The tradition has left us with some deep insights about human dignity and equality, and about the connection between dignity and a policy of treating human beings as ends. The term “cosmopolitanism” is now too vague to be useful. This tradition has left us the very general idea that in our dealings with human beings anywhere we may not exploit them or use them as mere tools, and we must not even allow them to be so exploited or violated if it is in our power to help them.

These vague ideas need to be much more fully specified; but the tradition does further specify them, and by now we have, as I’ve argued, a good set of alternatives, at any rate, in the area of aggression, torture, and other violations of humanity.

But, as I have also argued, the tradition has left us with some profound problems, both in the area of moral psychology and in the area of normative thought about material aid.

The Stoics had trouble motivating real human beings to care about global justice. At best they could conceive of local and familial attachments as delegations from a general duty of respect for humanity, chosen for efficiency reasons. And given their worries about the divisive impact of partiality, they often discouraged even this sort of local love.

Cicero offers a better model, showing how concern for basic principles of respect for human dignity gets sustenance and depth from a variety of more particular attachments, which are also intrinsically valuable—particularly those to family, to friends, and to one’s own republic. Those attachments can certainly give rise to tensions with one’s pursuit of justice, as Cicero frequently notes in his treatise on friendship and elsewhere. But on balance it seems a risk worth running, since a pursuit of justice denuded of love is pallid and unable to sustain people.

Justice is difficult, and to pursue it in a world that is in many respects hostile to our strivings requires sources of energy, attachment, and pleasure that the Stoics rejected. So we must bring them back in, not only urging people to cultivate particularistic attachments but also fashioning a politics that cultivates particularistic love. These attachments help us pursue larger concerns, but they are also valuable in themselves, and a large source of the value of our lives. 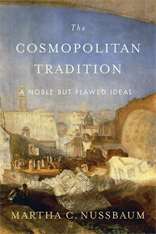 Martha C. Nussbaum is Ernst Freund Distinguished Service Professor at the University of Chicago, appointed in the Law School and the Philosophy Department. Among her many awards are the 2018 Berggruen Prize, the 2017 Don M. Randel Award for Humanistic Studies from the American Academy of Arts and Sciences, and the 2016 Kyoto Prize in Arts and Philosophy.

In the Age of Endless Scrolling, Jun’ichiro Tanizaki Helps Us Stand Still 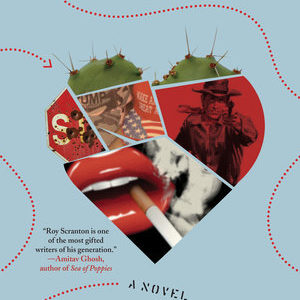 You lie, changin’ shape, makin’ promises. Get a new skin. Be a man. Be a woman. Start over. Yeah, start over. Wipe the slate...
© LitHub
Back to top
Loading Comments...