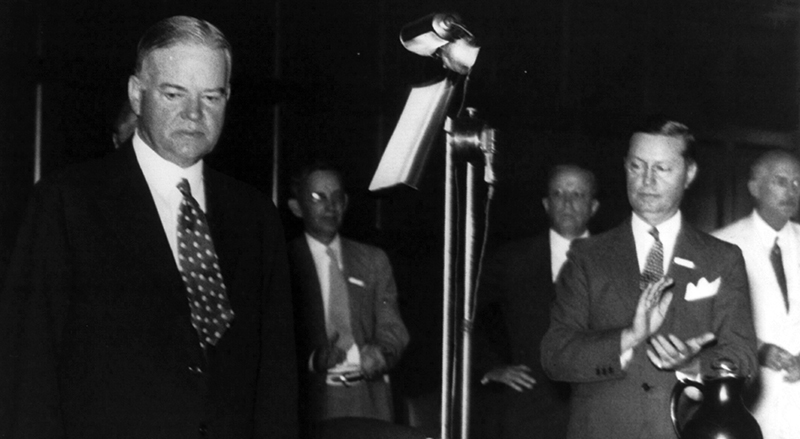 Is the Ghost of Herbert Hoover Alive in the Person of Donald Trump?

On today’s episode, Jamelle Bouie, New York Times columnist, discusses the similarities and differences between Herbert Hoover and Donald Trump, and what that means for us now.

Andrew Keen: Is the ghost of Herbert Hoover alive in the person of Donald J. Trump?

Jamelle Bouie: I think so, and not simply in President Trump but also in the party he leads. … What made Hoover’s handling of the depression so disastrous … which wasn’t inevitable. Hoover had been known for being a very competent administrator, both as the leader of famine relief efforts after the First World War and as a leader of flood relief efforts in the United States in the late 1920s. So it wasn’t as if Hoover was incompetent, and to the extent there’s no continuity whatsoever between Hoover and Trump it’s entirely because Hoover was a very capable man in a way that I don’t think President Trump is.

The way in which Hoover and Trump and his party are similar is in the lack of flexibility and the rigidity and the ideological blinkers they have when it comes to the crisis. Hoover, when faced with something unprecedented, fell back on timeworn views and solutions. He refused to authorize relief for the unemployed, for people who needed work, insisted that what the country faced was a crisis of confidence, that it just needed basically a cheerleader when he wasn’t denying a problem altogether, and essentially refusing to alter his behavior or change course, despite the fact that what he was doing wasn’t working.

I see that in the contemporary Republican Party. After taking initial efforts to stop the economic devastation of the pandemic and refusing to act any further, to falling back on old nostrums about deficit reduction and debt, in not being willing to jettison these two ideological hobbyhorses and really utilize the full authority and ability of the government to handle this problem, and specifically to assist people who, through no fault of their own, are now jobless or running out of money.

Based in Charlottesville, Virginia and Washington D.C., Jamelle Bouie is a columnist for the New York Times and political analyst for CBS News. He covers campaigns, elections, national affairs, and culture. Prior to the Times, Jamelle was chief political correspondent for Slate magazine. And before that, he was a staff writer at The Daily Beast and held fellowships at The American Prospect and The Nation magazine. He attended the University of Virginia, where he graduated with a degree in political and social thought, and government.

The Amateur Cyclist Who Biked Around the World 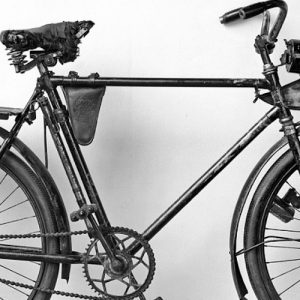 The Amateur Cyclist Who Biked Around the World

Early on in this millennium, when I was researching my book, Bicycle: The History, I borrowed an original copy of Fred Birchmore’s...
© LitHub
Back to top