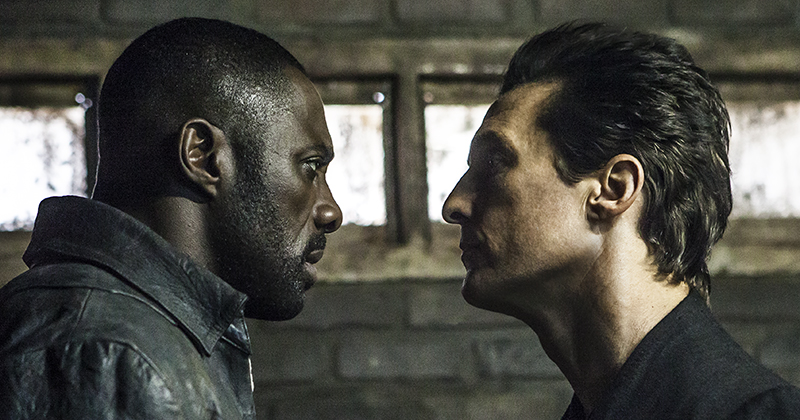 Is The Dark Tower the Worst Stephen King Movie Ever?

On Solipsistic Storytelling and the Limits of King-as-Genre

Stephen King is on the record as the self-proclaimed “literary equivalent of a Big Mac and fries,” but it’s more accurate to call his output the literary equivalent of smoking, in that it nominally involves the same organs. And like cigarettes, King tends to play pretty well on screen. You don’t necessarily need to appreciate the bulk of Stephen King’s novels to enjoy flicks like The Shining, Carrie, or It (either the epochal Tim Curry made-for-TV version or the rad-looking remake coming later this year). Oh sure, you can take the high road and profess admiration for adaptations of the “straight” works like The Shawshank Redemption, The Green Mile, and Stand By Me, but I’m a sucker for the easy pleasures of Creepshow, The Running Man, Christine (about a killer car), and The Mangler (same plot as Christine, but with an industrial laundry machine instead of a car).

Stephen King’s stories comprise a distinguished subgenre of the horror cosmology and break down into roughly three formulae. Best known are “I Have a Bad Feeling About This Eerily Calm Town” (Children of the Corn, Salem’s Lot) and “I Have a Bad Feeling About This Everyday Thingamajig/House Pet” (Maximum Overdrive, Cujo). Then there’s the self-referential subliminal freak outs, like The Shining, about a homicidal alcoholic, let’s say writer, or The Dark Half about a writer haunted by his own pseudonym, or Secret Window, about a writer haunted by his own character, or 1408, about a writer flipping out in a spooky hotel room. Like junkyard grottos made from everything that isn’t nailed down, these are the stories into which King throws any damn idea he can think of. Consequently, they’re often the most fun, because a half-remembered poem by Lord Byron can dictate the basis of a fantasy world ruled by an evil king named for a prog band, whose eternal nemesis is a cowboy straight out of a Spaghetti Western—in other words, everything Stephen King thinks of as cool, in one place.

Of course I’m describing The Dark Tower, the eight-book, 4,250 page farting lizard king of self-indulgent magnum opuses, in which every previous evil clown, New England vampire, and doomsday plague of King’s creation intertwine in a sort of creation myth for his entire oeuvre. It is a genuinely touching concept, in that it locates the content of a single imagination in a separate plane of existence, like H.P. Lovecraft’s dreaming cities, Never Never Land, or Fantasia in The Neverending Story, and populates it with King’s influences, all more or less undisguised, and careless of any dissonance resulting from the fusion of Tolkien and Sergio Leone. It’s as epic a story as you could ask for, the fullest possible expression of joyful cornball myth-making.

It should have made for a good movie. It did not.

To fully reckon with the catastrophe that should by all rights have been the crowning film of the Stephen King cinematic universe is to acknowledge that we have been too cruel to George Lucas and Howard the Duck. Director Nikolaj Arcel inherited the long-gestating Dark Tower project after years of development hell, so it’s possible that it would never have been a good film. But did it have to be so deliriously bad?

Instead of setting the story straightforwardly in the King-o-verse, we’re stuck with pre-teen Jake Chambers, played by Tom Taylor, who glimpses the otherworldly battle being waged between cowboy-Jedi Roland Deschain (Idris Elba) and Matthew McConaughey as a generic evildoer referred to as The Man In Black, who is suddenly and to everybody’s surprise, called “Walter” in the movie’s final scenes. Jake becomes obsessed with the figures from his dreams and illustrates them Donnie-Darko style, becoming convinced (rightly as it turns out) that the adults in his life are zipper-faced agents of The Man In Black—much more worrying, however, is the way his parents conflate mental illness with acting out, so that we’re never sure whether Jake is being taken for an early-stage schizophrenic or a delinquent. That is, treatment and punishment read as the same thing.

This is the kind of basic incoherence we’re dealing with, and it doesn’t get any better when we get to the magic. The Man In Black wants to destroy the Dark Tower, which is a nexus of all realities (sure, why not), by using the brainwaves of children who have the shining—the kind of shout-out to King’s oeuvre that should be charming. Roland is a Gunslinger, a sort of possibly-religious order tasked with remembering “the faces of his fathers” and countering The Man In Black’s various minions. By the time Roland, Jake, and The Man In Black begin jumping through portals that take them to each other’s worlds, it becomes clear that this isn’t a movie, or even an adaptation. It is an ad—not for guns, though you’d be forgiven for mistaking it as such—but for a product that doesn’t exist, that they forgot to manufacture. And we are still somehow buying it.

“Is it the worst movie ever made? It’s pretty bad.”

I’d go into more detail, but the film never really gets deeper than that, which is fine; nobody comes to a Stephen King party expecting to be dropped into the deep end of the swimming pool. But it is a joyless, ugly, awkward movie unleavened by humor or style. And the filmmakers—plural because the hand of the studio seems to sit heavily with this one—seem to know it: despite its years-long production, the movie is a mere 90 minutes long and McConaughey goes out sans fanfare with a bullet to the head as though Idris Elba hasn’t been shooting at him all movie. If there’s any silver lining to The Dark Tower, it’s in the contrast between Elba’s total dedication to a role that provides him nothing and the vengeance McConaughey exacts from the script by saying every single line exactly as written: Witness him making chicken in the Chambers family kitchen because, “Where I come from, we don’t have chicken” or intoning, sans affect, “Have a nice apocalypse,” which, now that I think about it, sounds an awful lot like the title of a book by Slavoj Žižek.

Is it the worst movie ever made? It’s pretty bad. Is it the worst Stephen King movie ever made? Sadly yes—and I know you’re instinctually flashing back to Maximum Overdrive, the Emilio Estevez movie about sentient trucks that King actually directed, or Dreamcatchers, the one about shit monsters from Uranus, or some other piece of crap like The Langoliers—but I guarantee this is worse. Pet Semetery had a theme song by The Ramones, no mean thing, and The Running Man didn’t scrap its futuristic world-building for a showdown in a Dumbo Brooklyn art space. It’s the worst Stephen King adaptation because it’s the most Stephen King adaptation, the one that exposes the limits of King-as-genre.

As a writer, Stephen King’s most discernible trait is confidence. He never questions his place as an artist or gnashes at the bars of his fame; his self-belief is all-encompassing. All he needs is an idea. There are certain tropes that everybody with a passing familiarity with King  knows to expect. Most famously, there’s the ubiquitousness of Maine as a setting, an on-the-nose quality to depictions of good and evil—the goodest good guys are frequently children or disabled, the baddest bad racist or religious maniacs—and the presence of an alcoholic, abusive father. There’s not, of course, anything wrong with knowing what you like. Quite the contrary! We all have Dark Towers inside of us, informed by our experiences, by our influences and imaginative impulses, ruled by strange powers and subject to its own laws. What’s lacking about Stephen King movies, like many Stephen King books, is that their ideas are translated literally without any intermediating artifice or even basic mimesis. Nothing is metaphorical. Pennywise the Dancing Clown doesn’t terrorize the children of Derry because he is indicative of the undercurrent of abuse that festers beneath certain Cold War-era parenting strategies; he terrorizes the children of Derry because he is a spider-monster from another dimension. When pets return from the dead with a predilection for evil, it’s not indicative of the inconceivability of death in the mind of a child; it’s because the cemetery is haunted by a bad Wendigo spirit. And if you’ve never read “The Moving Finger,” about a disembodied finger that protrudes from a drain to terrorize a Jeopardy! fan—well, now you have.

Usually, this unvarnished supernaturalism (which is decidedly not gothic and seldom sexual) makes for breezy, subtext-less monster movies. At their worst, they’re great trash; at their best, they’re pretty good. One gets the feeling that The Dark Tower is too nakedly solipsistic, too independent of reason to survive outside the page. No labor of love can withstand the meddling of bottom-line producers and top-dollar studios for long without losing something. Or, in this case, losing everything. The Dark Tower doesn’t forget the face of its father, but is an orphan all the same. 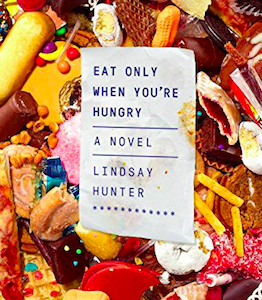 It was too late to be a lunch, too early to be a dinner, this disappointing collection of food Greg was packing. He was leaving...
© LitHub
Back to top