Is Moby-Dick a Fantasy Novel?

With our inaugural episode, Julia, Rider, and Tod discover our long lost lineage. hop on Pegasus, and fly to the far reaches of fantasy with special guests actor and writer Will Friedle, fantasy author Brandon Sanderson, and Dungeons & Dragons game designer Kate Welch.

Why Moby-Dick is not a fantasy novel:

Will Friedle: Well, there’s I would I would argue that almost any genre, no matter what genre you have, has some level of world-building, which is what fantasy is really known for is the intricacy of the world-building. So you could argue that any novel has that type of world-building. That being said, Moby-Dick is based entirely on our world. There are no magical elements whatsoever. There are no mythical creatures whatsoever because Moby-Dick was actually based on a true story.

Tod Goldberg: The anthropomorphizing of the whale and giving it actual agency. Doesn’t that create—

Rider Strong: It’s not like Jaws. The book doesn’t go into the whale’s point of view with inner dialogue.

Tod Goldberg: But the whale has agency the whales doing shit. It has purpose.

Tod Goldberg: Put that on a shirt.

Julia Pistell: —but we don’t go into the whale’s mind, and the whale isn’t making choices. The book is about Ahab and the sailors interpreting normal whale behavior, and their anthropomorphizing of the whale is part of the novel.

Will Friedle: Just anthropomorphizing an animal does not a fantasy make. Put that on a shirt.

Brandon Sanderson on what is fantasy:

Brandon Sanderson: The really great fantasy novels mix in these real human stories, these stories about people. But they would do it in this fantastical environment where I got adventure and wonder with my human stories. Like Dragonsbane is the book that got me. It’s a lesser known book by Barbara Hambly, and it’s really about a woman having a midlife crisis.

Rider Strong: Well, it’s so interesting, because what I what I feel like you’re saying is that … fantasy allowed you to find more humanity than Old Yeller. The so-called more realistic books were actually less relatable to you.

Brandon Sanderson: Well, here’s the thing. My mom graduated first in her class in accounting in a year where she was the only woman in most of her accounting classes. She was valedictorian. She got offered a bunch of scholarships. And she actually delayed her career because she was pregnant with me. She eventually went on and became the city accountant and all these things. But when I was young, she stayed home with me and then my brother, which as a young teen, you’re like, Well, of course she did. Look at me. I’m awesome. I deserve all that..

And yet I’m reading this book and I’m like, You could be a wizard woman. Leave the kids. Kids will figure it out. Go off and be a wizard. And I get done with this book and I’m like, this book is about my mom. And I read a story about slaying a dragon and with all sorts of cool fantasy elements. And at the end, I understood my mother better. And that’s fantasy. That’s what makes fantasy click. I really don’t want to downplay the value of seeing yourself in the fiction you’re reading.

Kate Welch on the joys of being a Dungeon Master:

Kate Welch: A good Dungeon Master is ready to pivot. You know, okay, my group is going in a totally different direction. This is classic, oh, my group ruined my plans for me. I’m like, Oh, now it’s going to get interesting.

The fact that now we’re getting to a thing that I had no idea we were going to do. That’s when it gets exciting for me. That’s when I get to improvise and I get to be a part of the game now. It’s not just me reciting my great novel that I’ve written for you all to listen to. Actually being able to be a performer and a writer on this is just the best.

Rider Strong: When does it go wrong?

Kate Welch: When does it go bad? You know, in my experience, the only bad moments that have happened in Dungeons and Dragons are ones where the players just were not aboard the train. There has to be a good faith. I say this a lot. There’s so much vulnerability and creativity and multiply that by a factor for the vulnerability that comes in improvising. So when you are exposing your creativity in an improvisational setting, you’re just ripping your organs out for everybody to see. And so as a Dungeon Master, it’s a very, very vulnerable place to be…

How Did the Prim, Religious Christina Rossetti Come to Write Such a Bizarre and Hedonistic Poem? 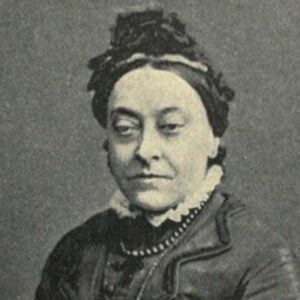 How Did the Prim, Religious Christina Rossetti Come to Write Such a Bizarre and Hedonistic Poem?