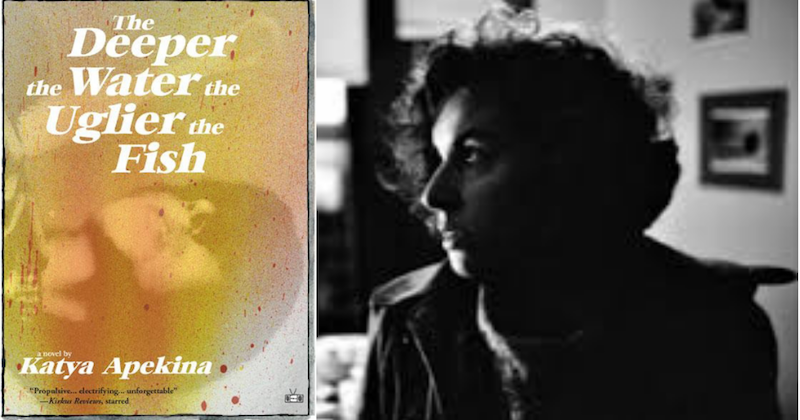 Is It Necessary To Be A Vampire When You’re Making Art?

This week, Kendra and Autumn are joined by Katya Apekina, author of The Deeper the Water, the Uglier the Fish.

Kendra Winchester: I’m a huge fan of novels from multiple perspectives; you could say it is my kryptonite. I adored the structure of this book. I thought, like you said, that this was the format that the story needed to be told to the best of its ability. So aside from using your writer’s instinct to feel out the format of this story, what drew you to this type of mosaic structure of telling this family’s story?

Katya Apekina: I was recently home, and my parents have these old photo collages I made in high school. I was looking at them and thinking, wow, maybe this is just how my brain works. Because it’s the same thing with photo collages; it’s sort of pieces that form a bigger picture but don’t entirely jive with each other. I thought it was so strange that I was doing the visual equivalent, in high school, of what I ended up writing for my first novel.

I think I am always interested in, what is the truth? The truth is never one simple thing. And as I was writing the story, I was trying to understand the situation from all the different perspectives. And those sometimes contradict each other, sometimes complement each other, or run parallel to each other. It’s not necessarily that people are lying, but that they seem to experience the same thing and have completely different takeaways from the same literal events.

KA: I have a brother and we grew up in the same family but had completely different experiences, which I think is really common. Also compounded on that is that one of the sisters in the book is in the present tense, experiencing stuff immediately, and it’s her immediate, visceral reactions. And the other sister is looking back on it from a point in the future, and she’s able to process a lot of the stuff. The structure is complicated in that sense, but I think they, as characters, evolved from those structural choices.

So I think that structure was the first thing I had, and the story really evolved from the structure. I sort of pictured it like a swarm of bees, rather than a straight line, and it’s like all of these characters, some of them super peripheral, have their own story, and I pictured them stinging the reader, and you get a sense of the shape of the truth from the swarm, as opposed to seeing it as this linear, clear narrative. I think a lot of times, when we think about a traumatic event from the past, it feels very complicated and hard to pin down. And usually if you try to turn it into a linear narrative, it feels like it’s simplifying it and not doing it justice in a way.

KA: There’s just something so outrageous about the way male artists have behaved, and I think we are just so used to that narrative that it doesn’t seem outrageous to a lot of people until his voice is taken out and you can see all the reactions around him.

I think about that a lot, as a writer myself. Is it necessary to be a vampire to people around when you’re making art? It’s something I worry about and think about. I have a daughter who is four, and she was born while I was writing this book. And so it something I think about with her. How is my being in this other world when I’m working and then having to interact with her after . . . going back and forth between whatever is in my head and being in the world can be difficult sometimes. So it’s something I worry about. How is my making art affecting people who depend on me? 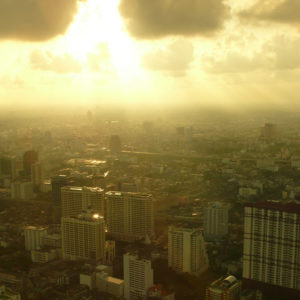 The condo salespeople like to point out that the higher you live, the whiter your lungs. They’ll tell you that less tainted...
© LitHub
Back to top