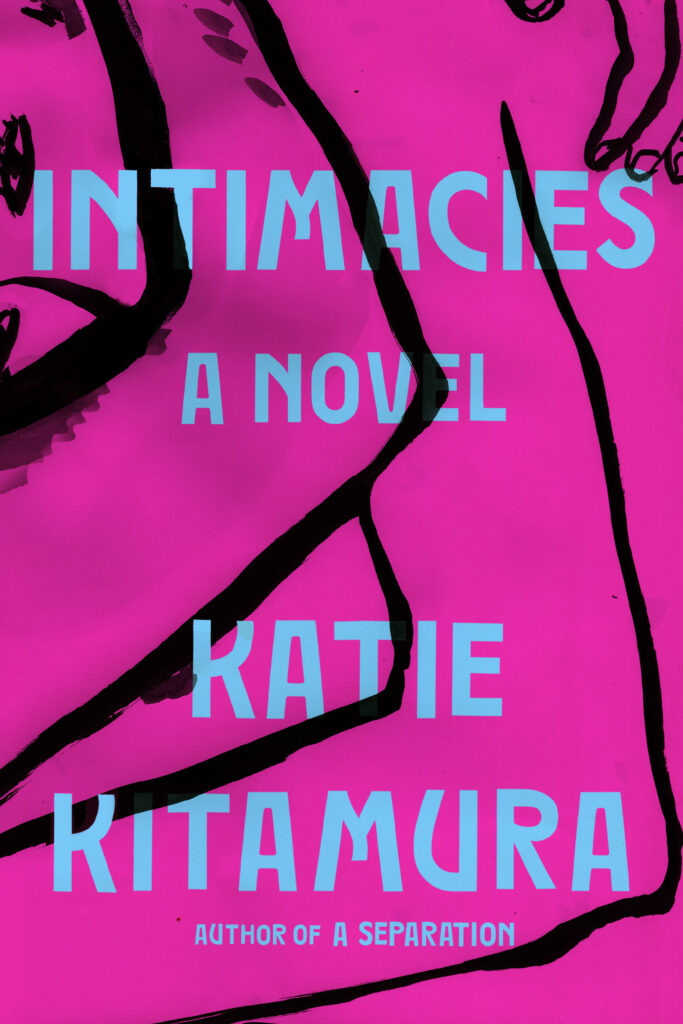 The following is excerpted from Katie Kitamura's new novel, Intimacies, about an interpreter working at The Hague, and looking for a place for herself. Kitamura's previous novel, A Separation, was a finalist for the Premio Gregor von Rezzori and a New York Times Notable Book. Kitamura has written for publications including The New York Times, The Guardian, Granta, BOMB Magazine, Triple Canopy, and Frieze, and lives in New York.

It is never easy to move to a new country, but in truth I was happy to be away from New York. That city had become disorienting to me, after my father’s death and my mother’s sudden retreat to Singapore. For the first time, I understood how much my parents had anchored me to this place none of us were from. It was my father’s long illness that had kept me there, and with its unhappy resolution I was suddenly free to go. I applied for the position of staff interpreter at the Court on impulse, but once I had accepted the job and moved to The Hague, I realized that I had no intention of returning to New York, I no longer knew how to be at home there.

I arrived in The Hague with a one-year contract at the Court and very little else. In those early days when the city was a stranger to me, I rode the tram without purpose and walked for hours at a time, so that I would sometimes become lost and need to consult the map on my phone. The Hague bore a family resemblance to the European cities in which I had spent long stretches of my life, and perhaps for this reason I was surprised by how easily and frequently I lost my bearings. In those moments, when the familiarity of the streets gave way to confusion, I would wonder if I could be more than a visitor here.

Once I had moved to The Hague, I realized that I had no intention of returning to New York, I no longer knew how to be at home there.

Still, as I traversed the roads and neighborhoods, I had a renewed sense of possibility. I had lived with my slow-moving grief for so long that I had ceased to notice it, or recognize how it blunted my feeling. But now it began to lift. A space opened up. As the days passed I felt that I had been right to leave New York, although I didn’t know if I’d been right to come to The Hague. I saw the details of the landscape in high and sometimes startling relief—because the place was not yet worn down by acquaintance or distorted by memory, and because I had begun looking for something, although I didn’t know exactly what.

It was around then that I met Jana, through a mutual acquaintance in London. Jana had moved to the Netherlands two years earlier than me, for her job as a curator at the Mauritshuis—the housekeeper of a national gallery, she called the position with a wry shrug. Her character was the opposite of mine, she was almost compulsively open whereas I had grown guarded in recent years—my father’s illness had served as a quiet warning against too much hope. She entered my life at a moment when I was more than usually susceptible to the promise of intimacy. I felt a cool relief in her garrulous company, and I thought in our differences we achieved a kind of equilibrium.

Jana and I frequently had dinner together, and that night she had offered to cook, she said she was too tired to eat in a restaurant and it would save us both money, there was the matter of her new and not inconsiderable mortgage. Jana had recently purchased an apartment close to the old train station, and had been urging me to move to the area when the lease on my short-term rental ran out. She had taken to sending me listings, assuring me the neighborhood had much to offer, among other things it was well served for transport, in fact her commute was now easier, a direct tram ride rather than a transfer.

As I walked from the tram stop to her apartment, broken glass crunched underfoot. Jana’s building, a modest structure lined with balconies, was wedged between a public housing block and a new condominium of steel and glass, two aspects of a rapidly changing neighborhood. I rang the intercom and she buzzed me in without a word. She opened her door before I was able to knock, things at work were a nightmare, she announced without preamble, she hadn’t moved from London to The Hague in order to spend her days poring over Excel spreadsheets. And yet that was exactly how each day passed, she worried over budgets and press releases and as for the art itself, she barely saw any at all, somehow that had become somebody else’s responsibility. She waved me in and took the bottle of wine I handed her. Come sit with me while I cook, she called over her shoulder as she disappeared into the kitchen.

Jana entered my life at a moment when I was more than usually susceptible to the promise of intimacy.

I hung up my coat. She handed me a glass of wine as I entered the kitchen and turned back to the stove. The food will be ready in a minute, she said. How was work? Have they said anything about your contract? I shook my head. I didn’t know yet whether or not my contract at the Court would be extended. It was something I wondered about with increasing frequency, I had begun to think that I would like to stay in The Hague. I found myself scrutinizing the assignments I received, the manner of my supervisor, seeking an augury of some kind. Jana nodded sympathetically and then asked if I had looked at the listings she had sent, there was an apartment available in the condominium opposite.

I told her I had, then took a sip from the glass of wine. Although she had only recently moved, Jana already appeared at home, she had taken possession of the space with characteristic gusto. I knew that the purchase of the apartment represented a kind of security she had hitherto lacked: she had married and divorced while still in her twenties, and had spent the past decade working her way up to her current position at the Mauritshuis. I watched as she opened the cabinet and took out a bottle of olive oil, a pepper grinder, I noticed that everything already had its place. I felt a throb—not of envy, perhaps of admiration, although the two are not unrelated.

Shall we eat at the counter? Jana asked. I nodded and sat down. She set a bowl of pasta before me and then said, I always wanted a kitchen with an eating counter. It must have been something I saw as a child. She sat down on the stool beside me. Jana had grown up in Belgrade with a Serbian mother and Ethiopian father, before being sent to a boarding school in France during the war. She never returned to Yugoslavia, or what was now called former Yugoslavia. I wondered where she had seen her first eating counter, the one that she had at last succeeded in replicating in some form, here in this kitchen.

I congratulated her on the aspiration fulfilled and she smiled. It does feel good, she said. It wasn’t easy, the process of finding the apartment, and then getting the financing— she shook her head and gave me a droll look. It turns out it’s not easy getting a mortgage as a single Black woman in your forties. She reached for her glass of wine. Of course, I am a gentrifier here. But I have to live somewhere—

At that moment the sound of a siren erupted in the street. I looked up, startled. The sound grew louder and then ballooned inside the apartment as the vehicle approached. Red and orange light spiraled through the kitchen. Jana frowned.

Outside, the sound of doors slamming and the low rumble of an engine. There are police here all the time, she said as she reached for her glass of wine. There have been a couple muggings, there was a shooting last year. I don’t feel unsafe, she added quickly. Even as she spoke, another pair of sirens drew near. Jana picked up her fork and continued eating. I watched as she chewed slowly, the choral sound outside growing louder. It’s no different to the London neighborhoods I used to live in, Jana said. She raised her voice in order to be heard over the noise. It’s just that living in The Hague inures you. It can be easy to forget what being in a real city is like.

The sirens cut out and we sat in the sudden silence. A siren can mean anything, I said at last. A slip in the bath, a heart attack in the kitchen. She nodded and I realized her apprehension was not caused by the threat of danger or violence, or not that alone—it was that her sense of the apartment had mutated. In that moment, it was no longer a source of the security she had long sought but something else altogether, something more changeable, and uncertain. The remainder of the evening passed under a cloud of preoccupation, and before too long I said that I would be going. I went into the living room to collect my things, as I pulled on my coat I peered through the curtains at the street below, now dimly lit by streetlamps. The road was still, apart from the glow of a cigarette—a man walking his dog. As I watched, he threw the cigarette to the ground and tugged on the dog’s leash before disappearing around the corner.

Jana leaned against the wall, she had a cup of tea in one hand and she looked more than usually tired. I smiled at her. Get some rest, I said, and she nodded. She opened the front door and as I moved past she suddenly caught me by the arm. Be careful on your way to the tram, will you? I was surprised by the urgency in her voice, the grip of her fingers on my arm. She let go and took a step back. It’s just you can’t be too cautious, she said. I nodded and turned to go, she had already closed the door behind me. I heard the click of one lock turning, and then another, and then silence.

Nelson Mandela’s grandson is auctioning two of his own books as NFTs.

What White People Can Do Next by Emma Dabiri, Read by the Author 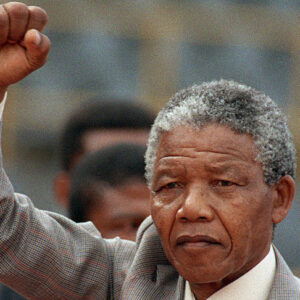