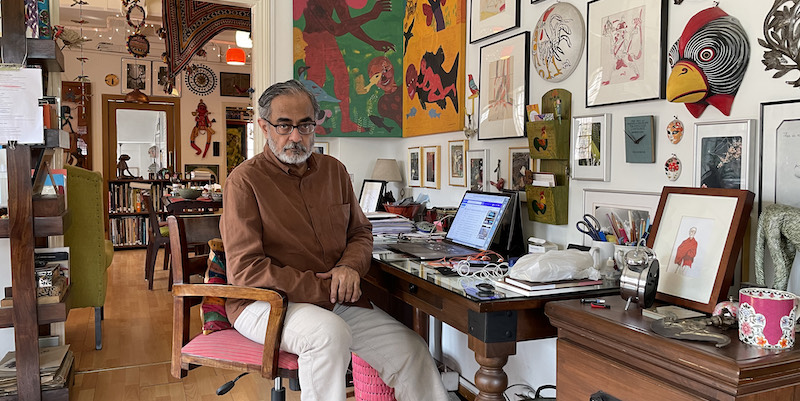 Forty years ago in Calcutta, India, Naveen Kishore launched a series to publish Indian playwrights in English translation under the label Seagull Books. Decades later, the project has grown into a wide-ranging list of inventive work by award-winning authors in all genres “with an eye to both exceptional content and radical design.” Kishore answered questions about establishing connections across borders, maintaining a dedication to translation, and supporting work in drama and performance.

Ours has been a risky business from the start, since we have always functioned, or done what we felt needs to be done, without any safety net. We established Seagull Books in Calcutta, India, in 1982. But one of the biggest steps we took was when in 2005 we set up Seagull Books London Ltd as a British company—somewhat in reaction to major Western publishing groups setting up offices in India. This came with major risks as hardly anyone had something like this before. We did this because we felt our books need to be everywhere in the world.

It wasn’t easy but with time we did earn the trust of European publishers such as Gallimard and Suhrkamp, who gave us English rights for some of their biggest authors. The potential of our list was recognized by the University of Chicago Press, who took us on a client for worldwide distribution. Not only has Chicago been instrumental in reaching our books to every corner of the world, but their marketing team has also worked tirelessly to make our books known in the media and visible on all kinds of platforms. We believe the only way to navigate new territories we discover is through renewed commitment to and confidence in making good books for readers everywhere.

From our earliest days, we have taken on projects that many would say are ambitious. This is based on the simple philosophy of asking oneself, why not? Some of these publications have been game changers—not necessarily in monetary terms but, rather, by putting us on the publishing map, making us a publisher to reckon with. One instance was the publication of filmmaker Satyajit Ray’s masterpiece Apu Trilogy as a film script in 1985. Or, in 1986, in spite of being a Calcutta-based publisher at that time, getting world rights to publish Andrei Tarkovsky’s diaries, Time Within Time, in English translation.

Also, the publication of Sergei Eisenstein’s 900-page autobiography in the 1990s. Later, when we secured worldwide distribution, one of our first projects was to publish previously untranslated essays by Jean-Paul Sartre in three big volumes. We continue to reinvent and sell these brilliant collections. In 2011, when Chinese author Mo Yan received the Nobel Prize in Literature, we published his newest novel in less than two months after that. The novel Pow! was so fantastically received—reviewed and praised in every newspaper from The New York Times to The Guardian—that we felt our work and mission vindicated.

“We ‘disrespect’ boundaries. Boundaries that are man-made, nation-created.”

We have continued to publish other Nobel laureates such as Elfriede Jelinek and Peter Handke, and many other revered names—from Alexander Kluge to Thomas Bernhard to Imre Kertesz to Laszlo Krasznahorkai—all of whom we believe to be game changers in enriching our experience of literature.

Seagull Books’ primary interest has been what may be called “the human condition.” All the books we publish somehow reflect on this, looking at this theme from different angles. But of course in terms of style we bend towards the literary and the poetic—even when are publishing writings on, say, philosophy.

At the same time, we remain true to our earliest publishing interests, from four decades ago—such as translations, drama, art, performance. Seagull has been dedicated to publishing literature in translation with the conviction that translations build bridges across cultures. This is how we “disrespect” boundaries. Boundaries that are man-made, nation-created. This has always been the philosophy and politics of what we do. And of course everything is tied together by an overall aesthetic that is reflected in our cover and book design.

To mark our fortieth anniversary, we have just launched a series of three audiobooks—Correspondence between Ingeborg Bachmann and Paul Celan; Hypnos by René Char; and Cox, a brilliant novel by Christoph Ransmayr. This is a new venture for us and we are excited about bringing a diversity of books to audiobook enthusiasts in the coming years. But our focus remains on the printed book. One of the most important projects we are working on currently is a brand-new translation of Max Frisch’s three Sketchbooks.

Another is a collection of Georges Bataille’s previously untranslated Critical Essays in three volumes. Both these series are forthcoming in 2022–23. Another really exciting project we have begun is the series Quilombola. Curated by our Cameroonian author friend Léonora Miano, this is a series of nonfiction that looks specifically at the complexity of race and our perception and experience of it in the world today. We commission these books, often originally written in French, and publish them in English for the world while also encouraging translations into other languages!

We have a robust presence on social-media platforms. On a daily basis, we interact with readers directly on Twitter and Instagram and it is truly heartening to see how much love, interest and support there is for our books out there!

A lot of the translation projects come to us through other language publishers, whom we meet and interact with at the Frankfurt Book Fair, for instance. We also receive pitches from our translator friends, in whom we put a lot of trust. At the same time, we continue to receive proposals through our website—many of which we are unable to take on (because there’s only that many books one can do, especially being a small team), but several that we excitedly embrace.

We love too many of them, and have always done our best to show our support and enthusiasm for all the incredible work they do. If we have to choose a couple of them, we’d surely mention Tilted Axis Press in the UK—very much a kindred spirit in their dedication to translation. Among the many indie presses in the US—some of whom are very dear friends—we truly admire the work of the Dorothy Project. 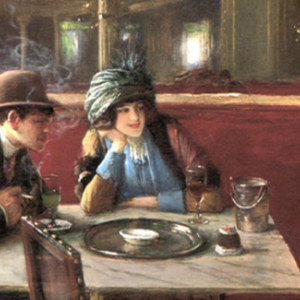 “The impossible still happens to us, often during the work, sometimes when we are so tired that inadvertently we let down...
© LitHub
Back to top