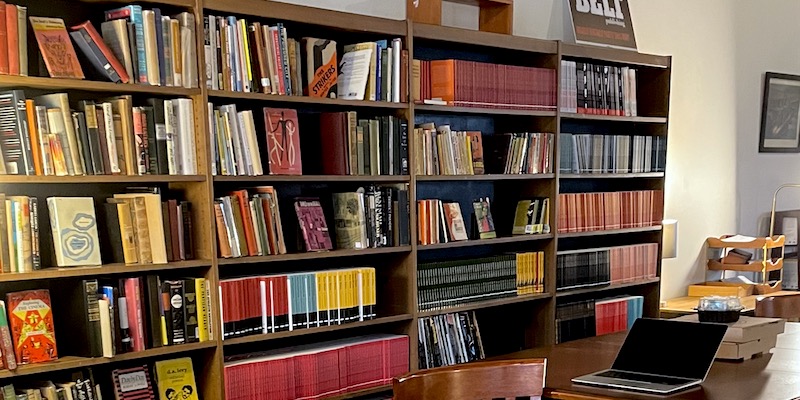 Telling Stories from the Rust Belt and Midwest

In the notoriously opaque publishing industry, it’s rare to find a clear, no-bullshit, here’s-how-to-do-it voice standing in the midst of it all.

Belt Publishing’s mission began in 2013 with the publication of several anthologies that focused on various cities throughout the Rust Belt and Midwest—from Milwaukee to Dayton, Buffalo, and Louisville—and highlighted writers whose work flew against the trend of the crisis-driven narrative that pervades national coverage of the region. Its first project, Rust Belt Chic, a collaboration between Trubek and Richey Piiparinen, received so much interest that Trubek also launched Belt Magazine the following year with help from Kickstarter-raised funds. (For more details on Belt’s early days, you can read Amanda Arnold’s reporting for Lit Hub.) The worker-owned press soon expanded to offer works of narrative nonfiction, memoir, and cookbooks, with a list that highlights all that is fascinating in the Midwest’s diverse history and culture, along with the economic challenges the area faces, through the eyes of the writers that live there.

Trubek herself, meanwhile, has a background as an educator—she was a tenured professor at Oberlin before starting Belt Publishing—and it shows. Beyond the press, her writing makes the field more accessible to anyone who wants to learn, whether in her newsletter, Notes from a Small Press, or her other writing on the industry, including the invaluable So You Want to Publish a Book?, which Belt released last year.

Trubek answered questions about what it means to be a for-profit independent press, finding an audience for Midwestern stories, and the importance of stubbornness in literary success.

What are some of the benefits to working at an independent press?
Right there in the name: independence. We get to choose what to publish, how much to publish, how to allocate our resources. It seemed like a suspicious truism to me before I started doing this—that independent presses were where risks could be taken, where unknown writers who don’t have industry savvy could get a break, and where interesting and less “commercial” work could be done without huge pressure to sell tens of thousands of copies. But it turns out the truism is true! We have published, and are publishing, many incredible writers who would not have received, or known how to try to receive, a contract from a corporate press, and their books are inventive, genre-defying, original, timely—all the sorts of things that we hope and want “books” to be when at our most idealistic. I feel I am contributing something important and of lasting value, and I receive an inordinate amount of unsolicited appreciation for the work. What I’m saying is that I have meaningful work and precisely because we are independent. And isn’t meaningful work always the goal?

What are some of the challenges to working at an independent press?
Well, money. That’s simply going to have to be number one. Everything in publishing costs: it costs money to participate in promotions like IndieNext, to go to trade shows and conferences, to list your books on NetGalley, to send galleys, to take out ads, to sign up authors. We have to pay just as the big guys do, but it’s a much larger proportion of our budget. Plus, the smaller you are the harder it is to negotiate good distribution deals, and distribution is really the heart of publishing in terms of it as a business. So, proportionally, everything costs us more than it does a corporate press. We are a worker owned, for-profit press; many other indies are nonprofits. Sometimes I envy their ability to apply for grants and fellowships to help underwrite their titles and operating costs. But that comes at a cost, too, including some of the glorious independence I outlined above.

Another challenge we’ve had is being taken seriously within the industry and in the media, when seeking reviews and coverage. It’s natural to assume a press you’ve never heard of, or clearly has a smaller marketing budget than a known press, might be publishing books that aren’t as good as better known, corporate presses. But it’s not true. Not only are indies publishing some of the best work in America today, but so many corporate published books are overhyped and terribly disappointing to readers. But convincing people that our books are as strong if not stronger, and that we know what we are doing, can be a grind. This is obviously more true for newer independent presses like ours than longer established ones.

Were there any titles in particular that were game-changers for your business?
Sure! I’ll start with the ones that got a lot of notice and sold a lot of copies, though that isn’t the only kind of game-changer. How To Speak Midwestern by Ted McClelland landed us on the front page of the Arts Section of The New York Times in 2016, and that really catapulted the press into, well, visibility, I guess. Aaron Foley’s How To Live In Detroit Without Being A Jackass helped cement our status as a press doing interesting work in and about the Rust Belt. Elizabeth Catte’s What You Are Getting Wrong About Appalachia helped put words to an ambient feeling so many were having, and a community coalesced around that book, and, three years later, is still growing.

We slowly figured out what the hell it was we were doing, and how to be publishers, and pay for things, but there were periods of sheer panic.

For me, I think it is the success of books I was unsure we would be able to “pull off” that changed us the most, though. Phil Christman’s Midwest Futures is working in a rarefied world of essayistic experimentation and cultural criticism, and I was worried we wouldn’t be able to pull off what we needed to do to help it find its audience, but we did. I’d say the same about Vivian Gibson’s The Last Children of Mill Creek, which is a memoir, but it found—and keeps finding—its audience as well. To have the confidence that we can do right by all sorts of boosk is as game-changing as splashy reviews or big sales.

What are some of the biggest risks you’ve taken as a business? How did you navigate them?
Starting it, for sure. There was $3000 in the bank. I didn’t pay myself for the first two or three years. I juggled three other jobs, and wrote a book, and, well, when I look back on 2014, say, I cannot believe how much I was doing. We slowly figured out what the hell it was we were doing, and how to be publishers, and pay for things, but there were periods of sheer panic. I still have those periods, but the panic is no longer sheer, and I have enough experience to understand the cyclical nature of the business. Probably the best way to describe how I navigated it was a sort of hold-my-breath pigheadedness; I was terribly stubborn: I was not going to let it fail. But let’s me clear; this is not some bootstraps or hard-work-will-win sort of tale. I had some advantages going for me not everyone does, and I don’t always work hard! Plus, it’s not a solo affair: Belt is run by a staff and larger community of talented, experienced folks.

The pandemic was also very difficult, especially March through June 2020. And we navigated by receiving PPP loans. Sometimes (well, probably, usually), it’s not all that complicated, how to navigate risks as a business, because the answer is usually just… money! The PPP loans, like enhanced unemployment, demonstrated to us all how simply so many problems can be solved!

How has the coronavirus crisis changed your work?
Apart from how it changed the industry and people’s buying habits, not much. We have always worked remotely. And books and reading are always socially distanced!

What are some projects you’re particularly excited about at the moment?
I’m excited about Jonathan Foiles (Mis)Diagnosed, which publishes in September, which taught me so much about how very culturally-based are many mental illness diagnoses, but mainly because it is written with such deep compassion that reading the book feels like a wonderful therapy session. And I’m looking forward to Tom Geoghegan’s The History of Democracy Has Yet To Be Written going into the world. He’s like a rock star to me, and to be able to publish his next book is such a thrill. Plus, the book is really funny! These days, my head is mainly in 2022: we have a great book about sports fandom coming next year, and one on rowing, and lots more. Let’s just say a bevy of smart, smart people who also know how to turn a phrase are trusting their work with us. How cool is that?

How do you get feedback from your readers?
They post nice things on Twitter! They send sweet notes. In the olden days, they would chat with us over beers at launch parties. Our readers are amazing. That there is such a thing that I would call a “Belt community” is a continual source of wonder and warmth for me.

How do debut authors reach/pitch you?
Email! Query@beltmag.com. We will read it, guaranteed. Even experienced authors can email us! (NB: we only publish nonfiction.) 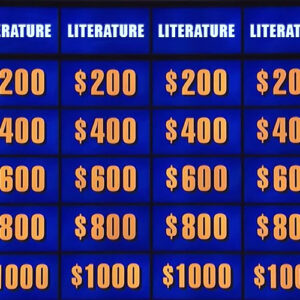 It's officially time to socialize again. But maybe . . . you've forgotten how? Here's one way to break the ice/pass the time/celebrate...
© LitHub
Back to top