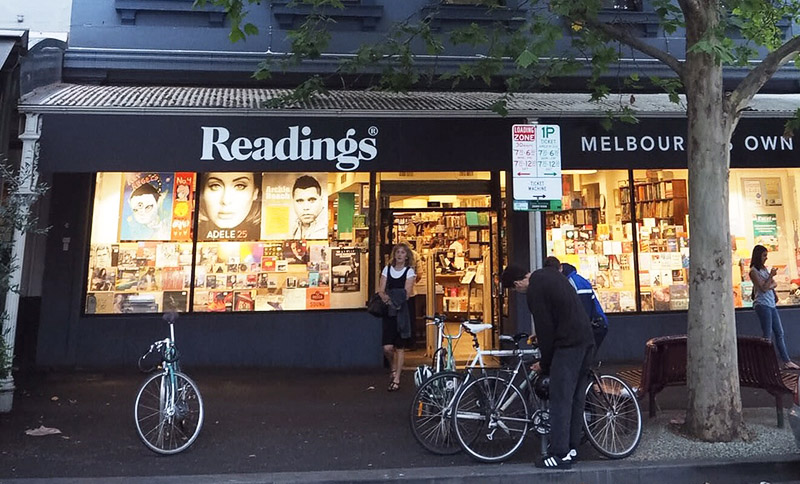 Interview with a Bookstore: Readings

Dedicated to Showcasing the Best in Australian Literature

Readings first opened in 1969, and it was a partnership of three–Ross Reading, his wife Dorothy Reading, and Peter Reid. At the time, Australia had a very small local publishing industry and most books came from overseas, as Australia was regarded as part of the British Commonwealth via UK publishers. The Readings owners saw an opportunity to bypass the UK gatekeepers and import these new books directly from wholesalers. In 1976, Ross Reading retired and sold the business to Mark Rubbo, Greg Young and Steve Smith, who owned several record stores in Melbourne. Rubbo, Young and Smith continued running the Carlton shop, and rebadged their record shops as Readings stores as well, adding books to the mix. Business boomed through the 80s and 90s, and Rubbo became Managing Director of Readings, eventually receiving a Medal of the Order of Australia (OAM) for service to the community through fostering an awareness of Australian literature as a bookseller.

Readings now has five stores around Melbourne, plus a growing e-commerce business, and will be opening a sixth store later this year. It produces the Readings Monthly, a print newsletter featuring staff reviews, features and interviews, which has over 15,000 subscribers. Readings is involved with more than 300 events per year, with over 200 of those held in its shops. It runs a charitable arm, administers two awards for early-career Australian writers, has a very active online presence, and, of course, it sells lots and lots of books.

Mark Rubbo (managing director): I love our Australian sections—literature and non-fiction. I also have a secret passion for remainders.

Mark: I think we have a clear vision and execute that really well. Everything we do is driven by our passion for Australian literature and supporting Australian authors—be it the merchandising in our stores, the features in the Readings Monthly, the focus of our online marketing or our extensive events program. Our two most recent initiatives are the establishment of a charitable arm, The Readings Foundation, which supports literacy and the arts, and the creation of two awards for early-career Australian authors—The Readings Prize for New Australian Fiction and The Readings Children’s Book Prize. We sold 2,000 copies of last year’s winner of our Readings Prize for New Australian Fiction, The Other Side of the World by Stephanie Bishop; the publisher had to reprint because of our award.

Mark: A woman who works for our Department of Justice; she used to be the Sheriff of Melbourne which was pretty interesting. She comes in most weeks, buys many books, is charming and lovely to staff, tells us how great we are and has very good taste—doesn’t get better than that!

Mark: Shoplifting is something most booksellers don’t like to talk about—I reckon I’ve had $4 million stolen that way in my 40 years bookselling—goodness the things we could have done with that! Sadly we don’t catch that many, but one day a gentleman left the store with a very full bag and set off the alarm. I approached him and asked him if I could look in the bag. “No.” He didn’t have time as he had an appointment to keep. “Fine,” I said. “It’s lovely day, do you mind if I walk with you?” He grunted and we set off down the street, with me trying to make conversation. After about two blocks, he put his bag on the pavement and said “I have to go now.”

Mark: I remember visiting Cheshires in Little Collins Street in Melbourne; it was a basement full of books and erudite booksellers. They also had this cool system of making transactions. When you bought something your money was put into a canister that was flung across the room on wires to the cashier who’d make the change and send it back to the salesperson—I loved that!

Mark: It is all consuming but so rewarding. In Australia, at least, we have a wonderful industry and wonderful colleagues—be it writers, publishers or booksellers. 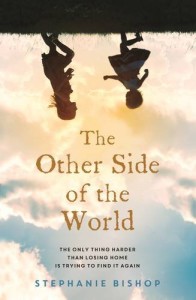 ELKE POWER (EDITOR OF READINGS MONTHLY) RECOMMENDS: Stephanie Bishop has a rare gift for capturing the intangible – nostalgia, homesickness, ambivalence about identity and family, and more – and casting it anew. The Other Side of the World is an exciting contribution to the Australian literary canon and a deserving winner of The Readings Prize for New Australian Fiction 2015. 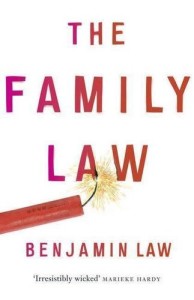 LIAN HINGEE (DIGITAL MARKETING MANAGER) RECOMMENDS: The Family Law is snort-laughingly funny. Law’s acerbic wit coupled with his unconventional family remind me a little of a David Sedaris’ Dress Your Family In Corduroy and Denim but the distinctly Australian voice (coupled with my own experience of growing up in an Asian family) lends the book a delicious familiarity. 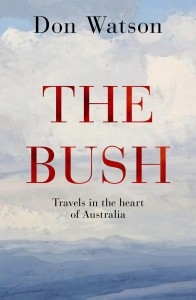 MARK RUBBO (MANAGING DIRECTOR) RECOMMENDS: I love this book; I love the writing, I love the language, I love the breadth and the insights. It took Watson seven years to write this book and it was worth the wait. What does the bush and what we’ve done to it mean to us? Watson mines our history to explain our country in a most marvellous way. 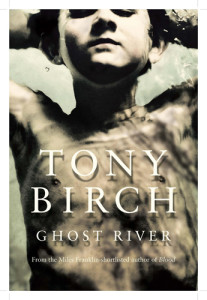 ROBBIE EGAN (CARLTON SHOP MANAGER) RECOMMENDS: Ghost River is a beautiful novel, part coming-of-age story, part history of inner Melbourne. Birch doesn’t lean on the location for authenticity, rather he builds it through character. The dialogue had me laughing out loud, and working out the different sites on the river was a sneaky pleasure. 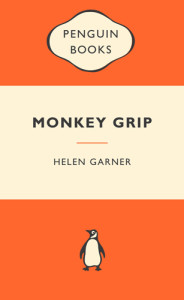 MARK RUBBO (MANAGING DIRECTOR) RECOMMENDS: I’d been a bookseller for a year when this gutsy novel burst on the scene in 1977. Monkey Grip was brave and brazen with beautiful writing, and it had everybody talking. Australia wasn’t boring anymore. And now, almost 40 years later, it continues to resonate with new readers. 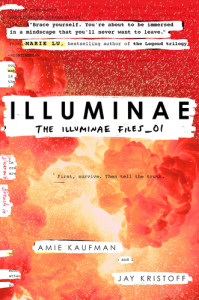 ISOBEL MOORE (ST. KILDA CHILDREN’S SPECIALIST) RECOMMENDS: Illuminae is unlike anything I have ever read previously and I loved every moment of it. This is a truly original and inspiring read that shows great empathy to its characters, and introduced me to my new favourite character–the almost brutally determined Kady. 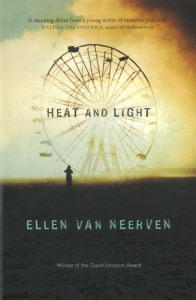 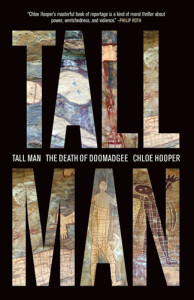 JAN LOCKWOOD (HUMAN RESOURCES MANAGER) RECOMMENDS: I recommend The Tall Man to friends all the time because it’s a book that has always stayed with me. Chloe Hooper’s skilful storytelling meant I was utterly gripped from beginning to end. The events recounted are shocking and deeply sad, yet this book is remarkable for its intelligent and clear-eyed portrayal. 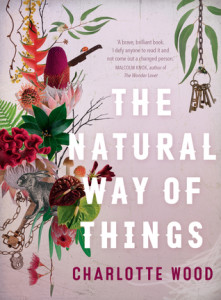 JEMIMA BUCKNELL (ONLINE FULFILLMENT MANAGER) RECOMMENDS: Charlotte Wood’s The Natural Way of Things is a haunting vision of a dystopian present and an allegory of patriarchal complexities. Her rhythmic prose ties you to each page, mixing images of brutality, nurture, survival, and sex to paint a sincere portrait of the modern feminine condition. 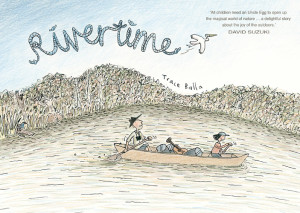 ANGELA CROCOMBE (CHILDREN’S BOOK BUYER) RECOMMENDS: We chose graphic novel Rivertime as the winner of the Readings Children’s Book Prize in 2015 for many reasons: it is unique, we love its artistry and it is a stunning debut that heralds the arrival of an exciting new Australian author–illustrator. 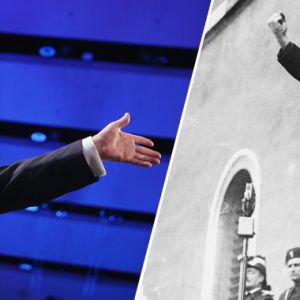