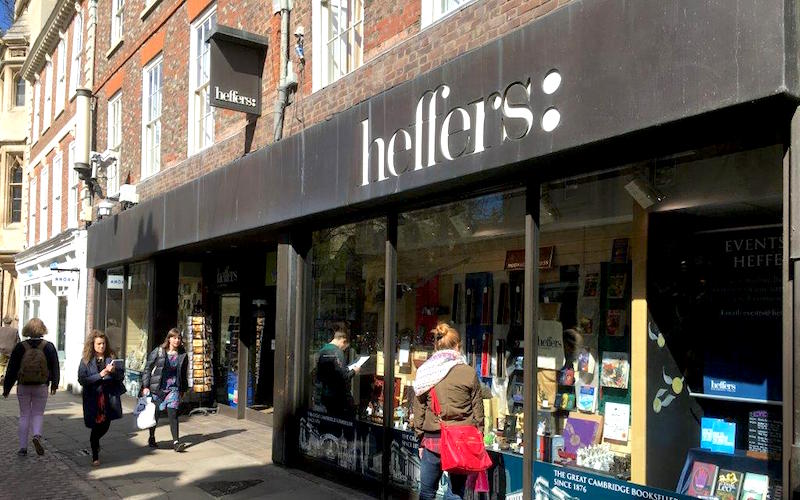 Interview with a Bookstore: Heffers Bookshop

Heffers opened in 1876 and is celebrating 140 years of bookselling this year. Heffers has been in its current location, directly opposite the entrance to Trinity College, Cambridge since 1970.The business was owned and run by the Heffer family until 1999 when it was sold to Blackwell’s. William Heffer, reportedly the son of illiterate agricultural workers, was born in a village 15 miles from Cambridge. Initially, Heffers was a stationery shop but books were soon added. Manager David Robinson guesses that this was a logical progression with the large numbers of students and academics in Cambridge. A history of Heffers is just being written and due for publication in October. David is hoping to learn a lot more then. 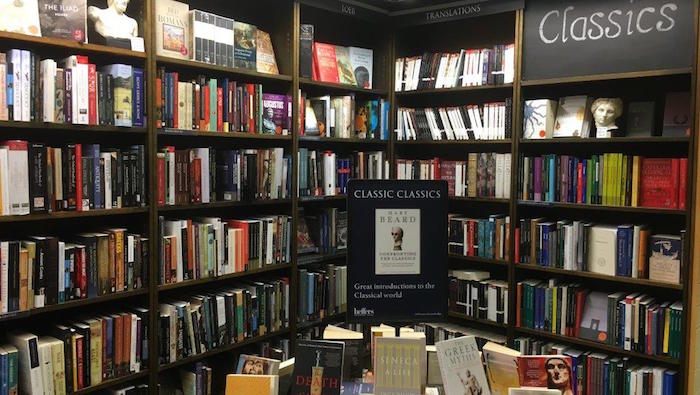 David Robinson (manager): That’s like being asked to choose my favorite child! The sections I’m most proud of are our beautiful Children’s department and our amazing Crime Fiction section which is run by Richard Reynolds—in our humble opinion, the most knowledgeable Crime Fiction bookseller in the world! But the joy of Heffers, and all great bookshops, is stumbling across books in unexpected places that you just have to pick up (and own).

David: We used to have a coffee shop (that we replaced with the Children’s department) and that seems an obvious addition that would help customers relax and spend more time in the shop. But, if space was infinite, I’d love a reading room, with cosy armchairs, a real fire and a small bar. Better space for author events would be great too!

David: Apart from the sections already mentioned, I think we offer a really warm, welcoming environment and first-time visitors love to see the scale of the shop as soon as they step through the front door. But we also pride ourselves on identifying what is a “Heffers book”—slightly under the radar, well written, usually non-fiction, that we recommend to our customers, really get behind and sell in huge quantities.

Another of my favorite sections is called Heffers Choice. It’s simply the very best non-fiction writing available in paperback. We arrange it by author surname and leave our super-bright customers to work out that, regardless of subject, these books are all about the quality of the writing. They love it!

David: There’s only one answer to that: Mr. Doggett. He has been coming into the shop forever. It used to be Thursdays and Saturdays but is now just Saturday mornings. He has his own chair and always wants the same questions answering—have we got any books on pigs, traction engines or the First World War? He wishes everybody who comes near him a Happy New Year, regardless of the date, and then happily shuffles out of the shop for another week. He can be a distraction but Saturdays wouldn’t be the same without him. 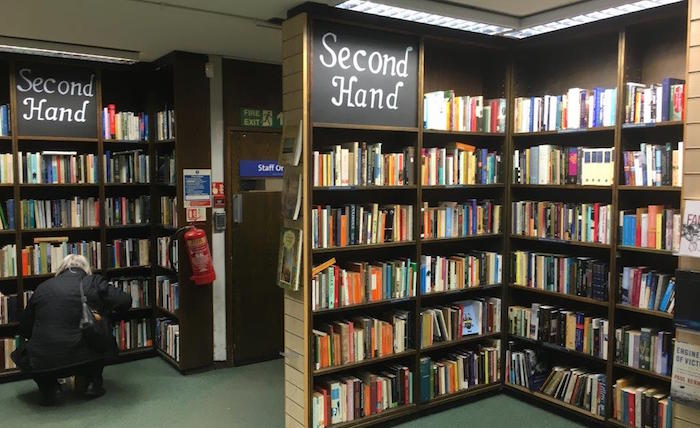 David: Cambridge is full of, shall we say, eccentric people so we have our fair share of odd goings on. More prosaically, one of my most memorable days was the first Saturday after we opened the Children’s department in 2010. We were fortunate enough to have the great illustrator Axel Scheffler along to launch the shop and we hired a Gruffalo costume to make it even more exciting.

Allegedly, I was the only person who fit into the costume. It was a really hot July day, there were hundreds of excited children and I was wearing this huge, really heavy outfit. The first time I took the head of the costume off, huge plumes of steam came out—it was reminiscent of a laundry. I must have lost several pounds during the day. The smell probably wasn’t the best either.

I also posed for countless photographs with children and adults during the day. At the end of it my jaw was absolutely numb and I could hardly speak. For reasons I can’t explain, I’d smiled broadly for every single photograph, even though my face was covered by a huge monster head. I like to think the customers noticed how friendly I was being but I think I’m kidding myself. It didn’t stop me doing it again a couple of years later, though!

David: I’m sure like a lot of English people of my age, the first author I loved was Enid Blyton. I can distinctly remember buying Secret Seven books and reading them from cover to cover, lying on my bed, eating a bag of toffees. I thought I’d died and gone to heaven. The only issue was that they ended too quickly—the books and the toffees. Seeing the whole collection of Secret Seven books on the shelf of the bookshop was just too thrilling.

David: I’ve worked in bookshops for 26 years. At University, everybody said I’d end up running a bookshop (although I think they envisaged a small secondhand bookshop, with me sitting in a rocking chair, reading poetry with a cat sitting on my knee.) So, it’s quite difficult to imagine doing anything else. My other great interest is sport and I did dream of being a sports journalist when I was young, so maybe that. Or maybe, seeing if it’s possible to make a living from pottering around in a shed on my vegetable patch.

David: Mainly, the lack of rocking chairs, cats and, indeed, time to read poetry. I think most of us came into bookselling because we love books. The surprise is the amount of work that has to be done that, on the face of it, has very little to do with books at all—repairing property, dealing with staff issues, etc.—but it’s all part of what makes the job fascinating and incredibly varied.

The autonomy that I, and my team, have means that we’re effectively running a big bookshop, in the very heart of a beautiful city, using somebody else’s money. I’m still surprised that that is the case but what a privilege and a great position to be in! 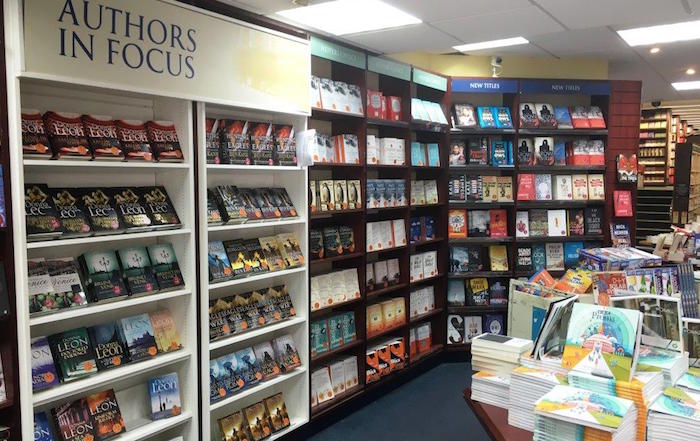 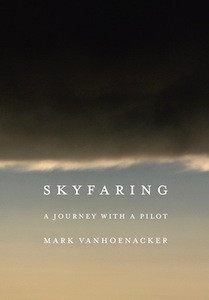 BRUCE RECOMMENDS: Jumbo jet pilot Mark Vanhoenacker explores the spiritual and romantic aspects of flight in a book which would make the perfect gift for a nervous flier. 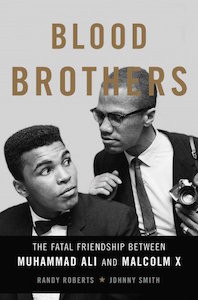 BRUCE RECOMMENDS: Newly opened archives allow for a fascinating new portrait of the intense friendship between two of the 1960’s most iconic figures and adds a new dimension to our understanding of the era. 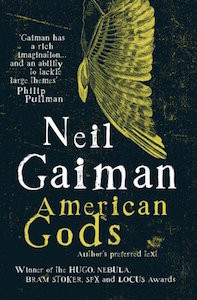 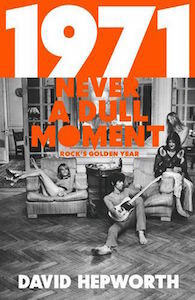 CAROLINE RECOMMENDS: A brilliantly conceived book about the classic year of music, through an amazing variety of rock and pop albums. Hepworth maintains that young people now are still listening to great songs from 1971, which haven’t lost their raw appeal.. A book to read in one sitting, and then dip into time & time again – see how many of the albums you own (or used to!) 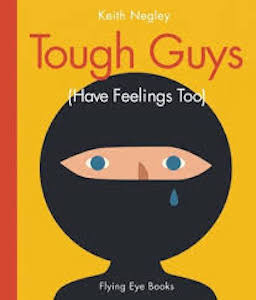 MATT RECOMMENDS: A superb children’s picture book that challenges the notion of the tough male stereotype by showing that even the likes of superheroes, cowboys and ninjas can steel feel lonely, sad or afraid. Bold and colourful illustrations help to convey the book’s important message. 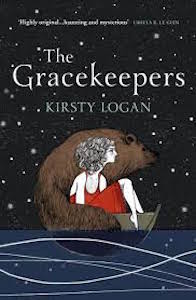 KATE RECOMMENDS: Gorgeously descriptive prose that brings to life the world at sea with its ever-changing light and moods; the vivid, sometimes grotesque imagery of the circus and its performers with glitter for blood, and the lives of the privileged people still living on the islands that were left after the waters rose. If you like magic realism and works by writers such as Angela Carter, I thoroughly recommend The Gracekeepers. 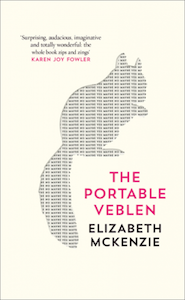 SARAH RECOMMENDS: A highly entertaining read of the quirkiest nature! The story of Veblen and her fiancé, Paul; both the products of highly dysfunctional families and both with differing views on Veblen’s attraction to squirrels! 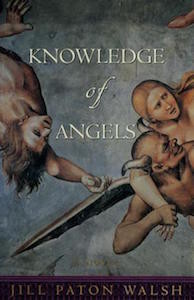 DAVID RECOMMENDS: I’ve read it a hundred times and still love this story that deals with some of the very biggest questions with dignity, humanity and originality. The author also writes children’s books and this deceptively simple tale could spark many interesting debates with people of all ages. 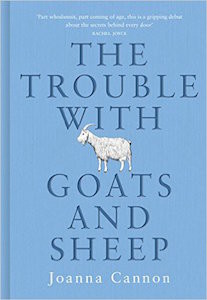 RICHARD RECOMMENDS: Mrs Creasy has disappeared from her home on a housing estate, resulting in two ten-year-old girls seeking her whereabouts. Set during the hot summer of 1976, with neighbours harbouring secrets a-plenty – especially a hushed ‘happening’ from the mid-1960s. This is a brilliantly observed treat of a debut. 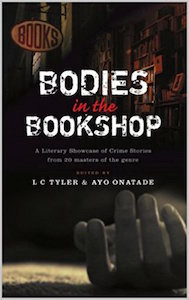 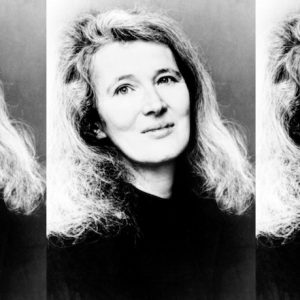 Chasing the shifting and changing and searching ghost of James Baldwin. | NYRB Navigating an unsteady ground with...
© LitHub
Back to top
Loading Comments...