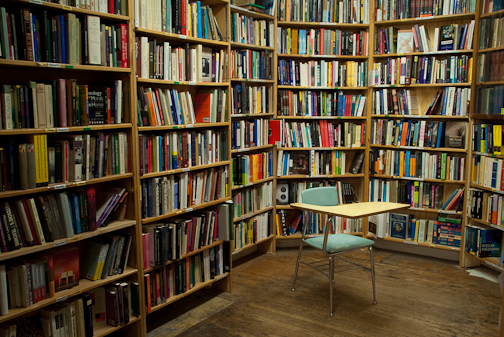 In which you might find a 'Circus, Magic, and Hobos' section 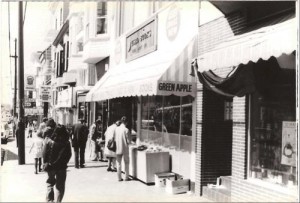 Green Apple Books opened in 1967. From what the current co-owners know, Richard Savoy opened the 750-square-foot shop because he loved books and was sick of his job as a radio technician for United Airlines. For 47 years, Savoy stocked used books, comics, and National Geographic magazines, becoming a staple neighborhood gem in the San Francisco Bay area. Now ten times its original size, with new and used books, LPs, and 750-plus magazines and journals in stock, the store has gone through another big, behind-the-scenes change. After years of hunting for a successor, Mr. Savoy assembled a team of three long-time employees to buy the business. Their gradual buy-out, which started in 1999, enabled Mr. Savoy to monitor the store’s success and allowed the new owners plenty of time to learn from their mentor. The “new” owners are Kevin Hunsanger, Kevin Ryan, and Pete Mulvihill. We spoke with co-owner Pete Mulvihill about what makes Green Apple Books the kind of store where you not only want to work, but that you want to buy.

My favorite section, conceptually, is the “Circus, Magic, and Hobos” section. But I spend the most time and money on the cookbooks.

On Clement, a space for events. That store is so crammed with books that there’s no space for more than, say, 25 folks to gather at once. The events at the new store, which does have such space, have been so vibrant that I realize how much Clement misses out on literary happenings within our walls.

That’s hard to say, as there’s not a single store we can’t learn something from, but I think the used book selection differentiates us from other stores—we see thousands of used books every day from 50-75 folks, and we buy as widely as we can within reason. That’s reflected in the reliable and sometimes unusual used book selection on our sagging shelves.

Oh, there are too many! Can boy was an old favorite. Nice Mary was the best—she befriended every Green Appler who worked there over the last 48 years, as she lived alone catty-corner from the store. Free box regular Abby cracks me up with her scooter (she’s in her late 60s but rides around the ‘hood on a Razor scooter). And you best avoid conversation with Ricardo: Who knows what’s going on behind those dark glasses?

The 1989 earthquake was a doozy—shelves and books everywhere. The unionization and picketing in the early 1990s was a dramatic time, too. Painful, really. We’ve had a death in the store and one out front. All of humanity has happened here, from marriage proposals to incontinent homeless folks having “accidents.” We’re open 87.5 hours a week, 363 days a year, for 48 years (218,000+ hours!), so the store has seen it all.

Perhaps strangely for a bookstore owner, I was a library kid—my parents are flinty, and the library where I grew up was pretty vibrant. I’m not sure I knew there were places you could buy books until I was in college. I do remember sneaking into the human sexuality section of the library as 4th grader in search of some insight.

I’m blessed not to know. I went to grad school for writing and taught expository writing at the University of San Francisco part-time for a few years while working at Green Apple, so that’s possible. Given the economy here, I might have been, like many of my peers, another English major riding dot com bubbles up and down. Again, I’m happy that I have not yet had to figure that out.

I guess how “businessy” it is, by necessity. We’re all here for the love of books, but days are often spent analyzing sales per linear foot, negotiating credit card processing fees, updating insurance policies, marketing our “products,” managing cash flow, dealing with human resources, etc. I mean, most folks get to shelve books and ring up customers and order fun stuff, but my role is pretty behind-the-scenes. So I guess it’s that there’s more to running a (successful) bookstore than buying and selling books. 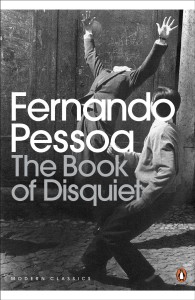 MAX (BOOKSELLER) RECOMMENDS: This book haunts and harrows, hunts and hypnotizes. There is no other like it. Pessoa wrote entire volumes of prose, poetry, philosophy, and literary criticism under several different names (heteronyms) over the course of his life, but this book of “fiction” is undoubtedly his magnum opus. Every sentence in here is one I could read over and over. I can’t tell if I read this book or if it read me. 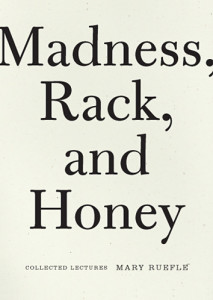 CHRIS (BOOKSELLER) RECOMMENDS: Ostensibly a book about poetry, Madness, Rack, and Honey is really about self-doubt and the marvelous ability we have to see past our failures–even though it feels like an impossible thing!–in order to express ourselves. I recommend it to anyone with a creative bone in their body (i.e., everyone). 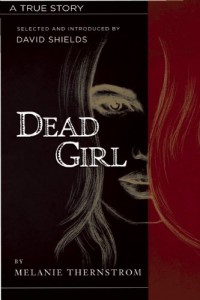 EMILY (BOOKSELLER) RECOMMENDS: It’s hard to know where to begin with a book like this besides saying it’s amazing. Imagine if Joan Didion or Maggie Nelson wrote true crime. Thernstrom’s pain and confusion over the loss of her friend bleeds through every page, yet she is quick to examine her own feeling: how much of her grief is real, she asks, and how much is simply a product of the story she is telling? Dead Girl is a complex and brilliant meditation on the ways we deal with trauma. 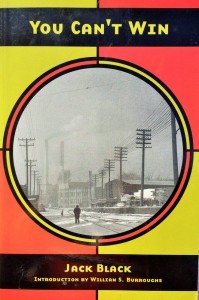 KEVIN (CO-OWNER) RECOMMENDS: At last! My bookselling days are now complete! With Feral House reissuing my favorite book of all time, I can ride the rails into the sunset, as my “want list as long as my arm” customers can buy a new copy of this and not have to wait for a rare, OP copy to stumble in. Much more than crime, much more than an autobiography of San Francisco’s greatest hobo thief, You Can’t Win is an entertaining, engrossing testament to an era very long gone. Masterful! 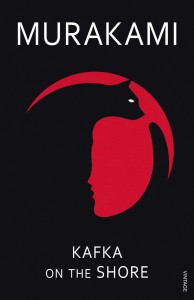 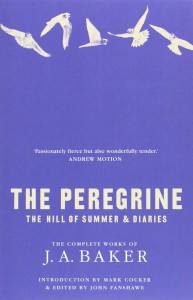 STEPHEN (BUYER) RECOMMENDS: To call J.A. Baker’s book a book about birds is similar to saying Moby-Dick is a book about whales. This is so much more than ornithology. It’s a marvelously textured, understated, and beautifully written account of a man’s quest to learn certain aspects of the natural world–to become part of the corner of the universe he’s come to inhabit. Baker’s language is precise and poetic and his insights, on the behavior of birds and man, are remarkable. I love this book all out of proportion. 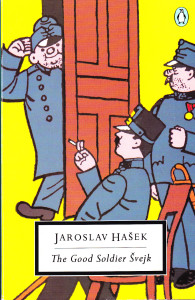 SPIROS (USED BOOK BUYER) RECOMMENDS: As the Great War fitfully starts in the Austrian Empire, we are introduced to our hero, Svejk, who has been “finally certified by an army medical board as an imbecile.” Reconscripted despite his rheumatism (and certified imbecility), we follow Svejk in his progress through a loonybin, an army brig, a prolonged anabasis through Bohemia, and his incarceration as a Russian prisoner of war. Practically all of Svejk’s actions precipitate chaotic, if not downright catastrophic results; nevertheless, Svejk will endure because, while he may be an imbecile, he is most certainly nobody’s fool. 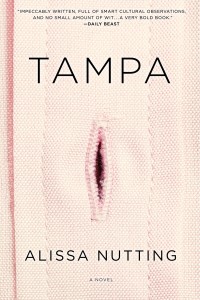 SAMMY (BOOKSELLER) RECOMMENDS: Raunchy and smart, Alissa Nutting’s Tampa leaves no perverse stone unturned. Yet Celeste Price is a highly likable–if not chilling–protagonist who will make you both laugh and gasp. This book is about as irreverent as it gets. A darkly entertaining read that explores the complex relationship between our sexuality and our morality. 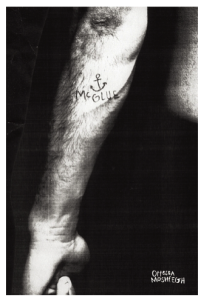 LINNE (BOOKSELLER) RECOMMENDS: Do you like your sailor stories booze-soaked, murderous, and whittled to a sharp, graceful point? Do you like novellas so compelling you stay up late despite yourself, knowing that you’re riding a beautiful train bound for certain doom? Do you like writers who have published in The Paris Review? I like all of those things, and this brutal, gorgeous tome made me feel empathy, anxiety, resilience, and despair in equal measure. For such a dastardly dude, McGlue stole my wary heart within a few short pages, and Moshfegh’s prose had me sending out the literary bat-signal to all of my reader friends. Treat yourself, finish it in a day, then pass it on. 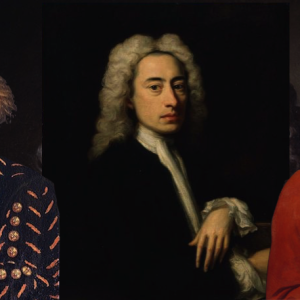