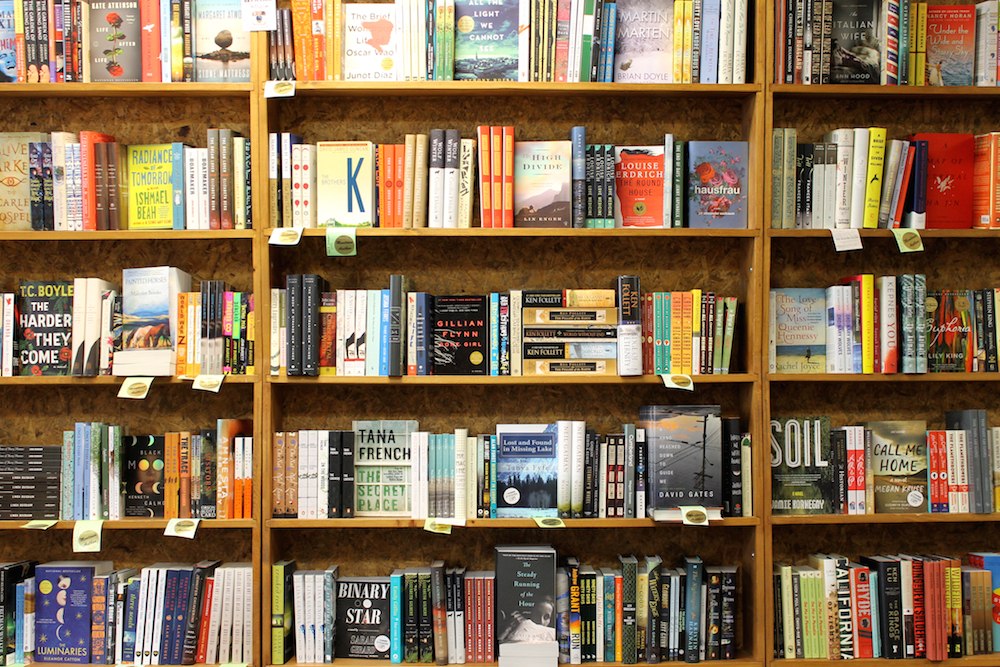 Interview with a Bookstore: Fact & Fiction

Barbara Theroux opened Fact & Fiction in 1986, having worked at The Student Book Corporation at Washington State University and at The Bookstore at the University of Montana. After 14 years in college stores and several years’ experience with American Booksellers Association panels, schools and service on the Board of Directors, Barbara thought it was time to explore opening an independent bookstore in downtown Missoula, Montana. “As I researched, my philosophy was to keep moving forward until there was a red light—finding none, I took a deep breath and proceeded. There was support from sales reps, authors, fellow booksellers and, eventually, the bank.”

In 1998, the store moved three blocks to its present location with the help of Missoula readers and their book carts, wheelbarrows, and hand carts. The entire inventory was moved and on the shelves in three hours! In 2007, Fact & Fiction became part of the family of businesses owned by The Bookstore at the University of Montana, where a second location opened.

The front door, the place where all people—authors, customers, employees, lost tourists—choose to enter. But to really answer your question, fiction is my favorite and the store’s largest section.

More flat tables to display favorite titles and signed editions and more chairs to sit and read. A flexible space for book clubs, writers groups and small events to be held… I always thought the train depot at the end of the block would be a great literary center, the bookstore on one side with a café and offices for literary groups on the other, with a meeting room, event center in the center.

Read?! All the booksellers are readers and love to recommend books. Some of us have a great collective memory for past events, and Montana related books. We also strive to be honest, not only about books we do not like, but on the realities of customer service and ordering books. In Montana, it is hard to predict delivery times—phone calls and western distribution centers help—but books will not be here by the weekend, if you ask late Wednesday afternoon.

All customers are weird and wonderful in their own way! The person who calls from outside the store, with a sleeping child in the back seat, ‘can you come to the car and get my credit card?’ The woman who buys hundreds of dollars’ worth of books, recites her credit card number, asks for gift wrapping and plans to come to the back door in a few hours to pick up the boxes. The young man who orders poetry and when he comes to pick up his books, his hair color and glasses always match—whether they are pink, green, or blue. The older woman from England who calls to order signed editions for her husband’s birthday. The child who saw the new Wimpy Kid title at the recent school bookfair and now has saved his allowance to buy it. My son who wants to know if I received a galley of the book his friend wrote.

Several things come to mind, including the grand opening of the store when the principal of my son’s school called to say that he had fallen off the swing and needed to go to the hospital. The principal took him to the emergency room, I helped cut the ribbon, then gave a friend a crash course on the cash register and went to the hospital.

I grew up with books in my home and became a regular library user at an early age, there were no bookstores in the small towns I lived in, in Pennsylvania. I received books via the mail as gifts and as a member of The Weekly Reader Book Club. My first wonderful memory of a bookstore was Scribner’s on Fifth Avenue in New York City, which was always my dream model of a bookstore—those wonderful ladders and all the shelves! And the steps down into the world of children’s books.

I trained to be a school librarian, which I did for two years before discovering bookselling. So, I suppose I would be working in a library. When I retire I plan to volunteer at school and public libraries.

The people I’ve met, the places I’ve seen. There is no end to the creativity of a bookstore, no obstacle that cannot be met by asking, seeking and sharing, no words to totally express my gratitude. 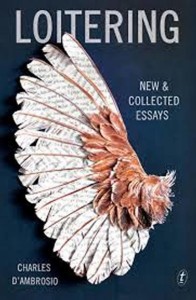 TESS FAHLGREN (BOOKSELLER) RECOMMENDS: D’Ambrosio brings together stories and experiences seemingly unrelated. His subject matter swings from an episode of domestic violence to a reflection on family based around a collection of items he keeps with him. With ease, D’Ambrosio braids ideas and occurences into enlightening and insightful looks at what it means to be human. 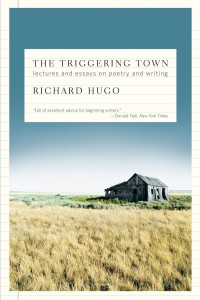 TESS FAHLGREN (BOOKSELLER) RECOMMENDS: Hugo’s advice is insightful, funny and thoroughly lovely. In the introduction, he writes, “I don’t know why we do it. We must be crazy. Welcome, fellow poet.” With every inspiring sentence, Hugo affirms the writers’ insane passion and urges us to, please, carry on. 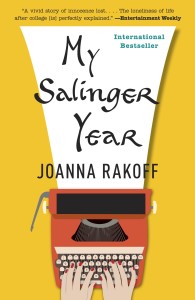 TESS FAHLGREN (BOOKSELLER) RECOMMENDS: With J.D. Salinger an omnipresent, off-the-page character, Rakoff struggles with identifying as an artist in NYC and the demands of her new job at a prestigious literary agency. The memoir comes to a close around a close reading of Franny and Zooey, and a reminder of why we care so much about Salinger’s classic works. 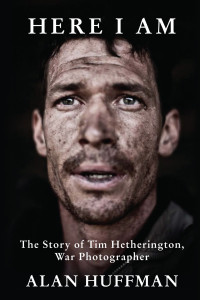 CHLOE REYNOLDS (BOOKSELLER) RECOMMENDS: This book is an incredible biography of one of the most influential photojournalists of our time. Huffman deals well with complicated story lines as the book crosses from Europe to Africa and the Middle East, all the while maintaining a kind of aesthetic standard that is present in much of Hetherington’s work. “Here I Am” is a truly inspiring work that gives an entirely new perspective on acts of war. 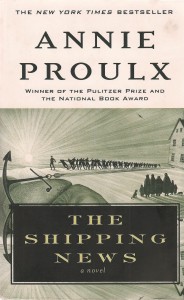 CHLOE REYNOLDS (BOOKSELLER) RECOMMENDS: When Quoyle’s life begins to unravel, he returns to his ancestors’ home in Newfoundland in search of a fresh start. What he discovers about himself gives him a new perspective on the impact that a place and the forces of nature can have on a person, or even an entire bloodline. “The Shipping News” is a beautifully written, darkly humorous story about belonging and the often surprising nature of love. 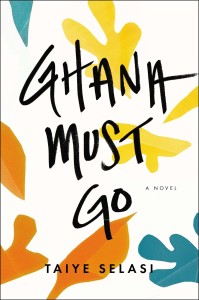 LAUREN KORN (BOOKSELLER) RECOMMENDS: One of the best examples of outstanding character development and empathetic (not to mention energetic) storytelling I’ve read – ever. Readers of Ghana Must Go will fall to pieces at Selasi’s tale of an African family’s journey, in America, to understand and reconcile a father’s lapse in judgment and the subsequent effects the moment has on each of its members. A book of redemption and forgiveness. 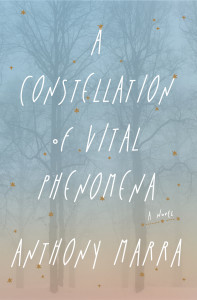 LAUREN KORN (BOOKSELLER) RECOMMENDS: Marra writes with an astounding sense of place, and Constellation’s imagery is often playful, always beautiful. Sporadic but aptly-placed one-liners provide this sobering story with a humor that should not only be appreciated but should also be savored and remembered; they complement Marra’s fully realized storyline and the relationships between his characters, who, in many cases, are written as being morally ambiguous. 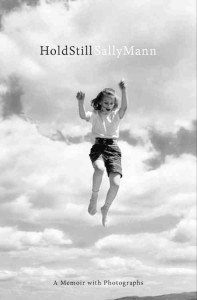 LAUREN KORN (BOOKSELLER) RECOMMENDS: I am enamored. Sally Mann’s memoir has thrown me, head over heels, into the Southern imagery and characters that inspired (and inspires) her art. Mann’s writing is just as powerful and beautiful as her photographs, and readers, I promise you: you will devour every page. Not since Patti Smith’s ‘Just Kids’ have I felt so affected by an artist’s memoir. 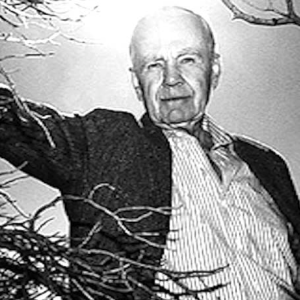 From job to job, book to book, the unemployed life of a professional writer on the west coast of Canada. | Literary...
© LitHub
Back to top
Loading Comments...